He wanted to join the US Army but wasn’t fit. So he lost over 100 pounds.

Tashime Felder is photographed near his home in Cherry Hill, N.J. on Aug. 12, 2020. Felder wanted to enlist in the army but was told he weighed too much. So he lost more than 100 pounds. (Jose F. Moreno/The Philadelphia Inquirer/TNS)
August 28, 2020 Marc Narducci - Philadelphia Inquirer
Share
Tweet
Flip

Melendez, the station commander of the Cherry Hill Army Recruiting Center, appreciated Felder’s desire to serve his country, but the young man didn’t meet the Army’s weight standards, which are calculated according to age and height. To successfully enlist, Felder’s weight needed to be under 190 pounds and his body fat less than 28% of his total weight. At the time, he was 107 pounds over the weight limit, and his body fat was 35%. 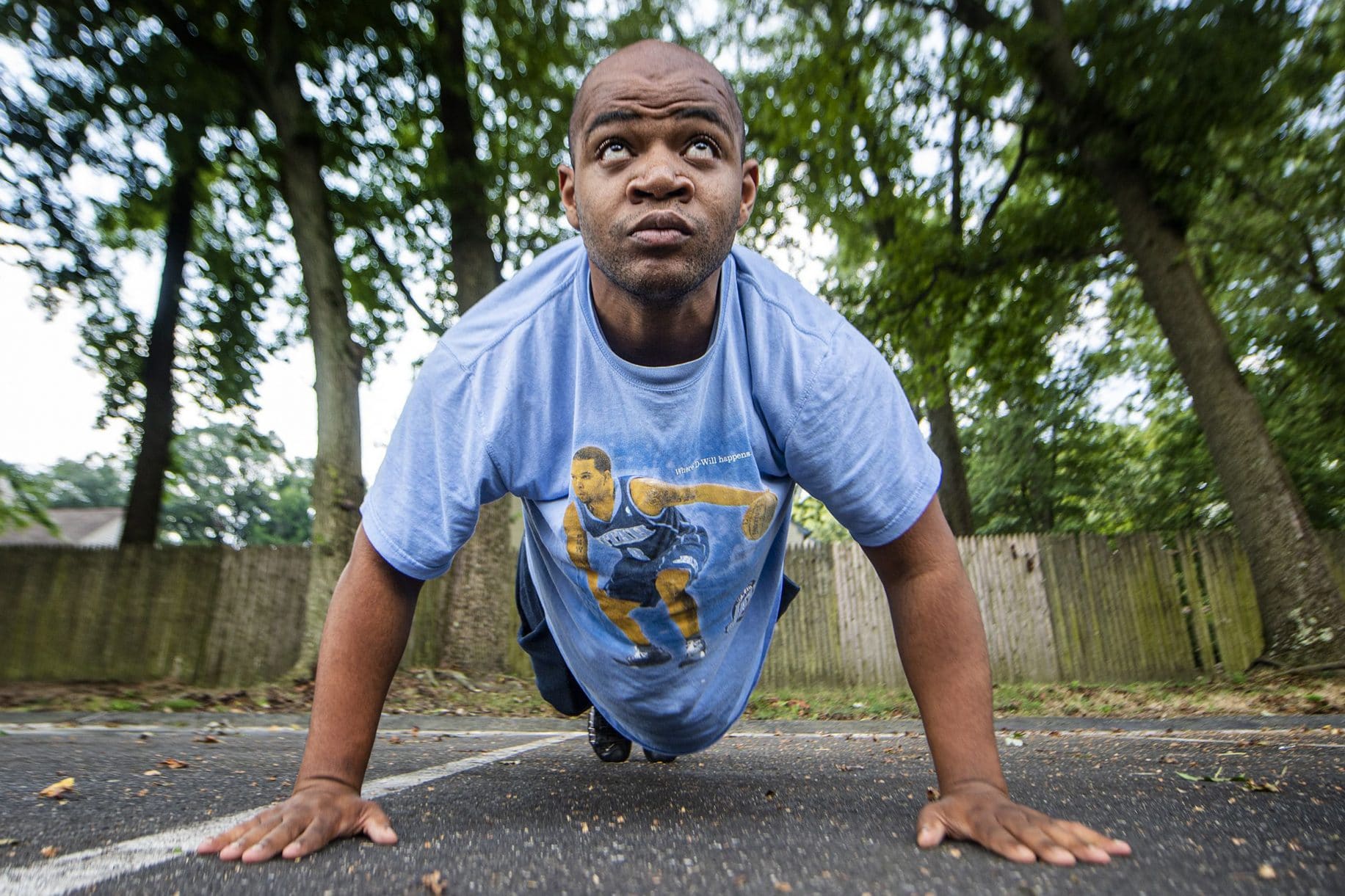 Tashime Felder does push ups near his home in Cherry Hill, N.J. On even of the hottest days of summer, he doesn’t let the temperatures keep him from completing the outdoor circuit training that is part of his exercise regimen. (Jose F. Moreno/The Philadelphia Inquirer/TNS)

Melendez had dealt with prior potential enlistees who’d needed to lose 55 or 60 pounds in order to pass the physical exam, “but never close to 110,” he said. So while Melendez liked Felder, he had to decline his application. The recruiter said he didn’t expect Felder to return, given the enormity of the obstacle he faced to admission into the Army.

But it turns out that being turned down was the impetus Felder needed to begin a weight-loss journey that has led to an astonishing physical transformation.

Last month, he returned to the recruiting center to enlist. This time, he was 110 pounds lighter, and his body fat percentage was just 17%.

Welcome to the Army.

“I am really proud of him,” said Melendez, who was so impressed by Felder’s metamorphosis that he posted about it, including before-and-after pictures of Felder, on his Facebook page. “That wasn’t normal, what he did. A lot of people would have given up. He literally had to change his life in order to join the Army. It fires you up to see he was so inspired to serve and was ready to do what it took to reach his goal.”

Within weeks of his initial rejection by the Army, Felder committed to changing his body. 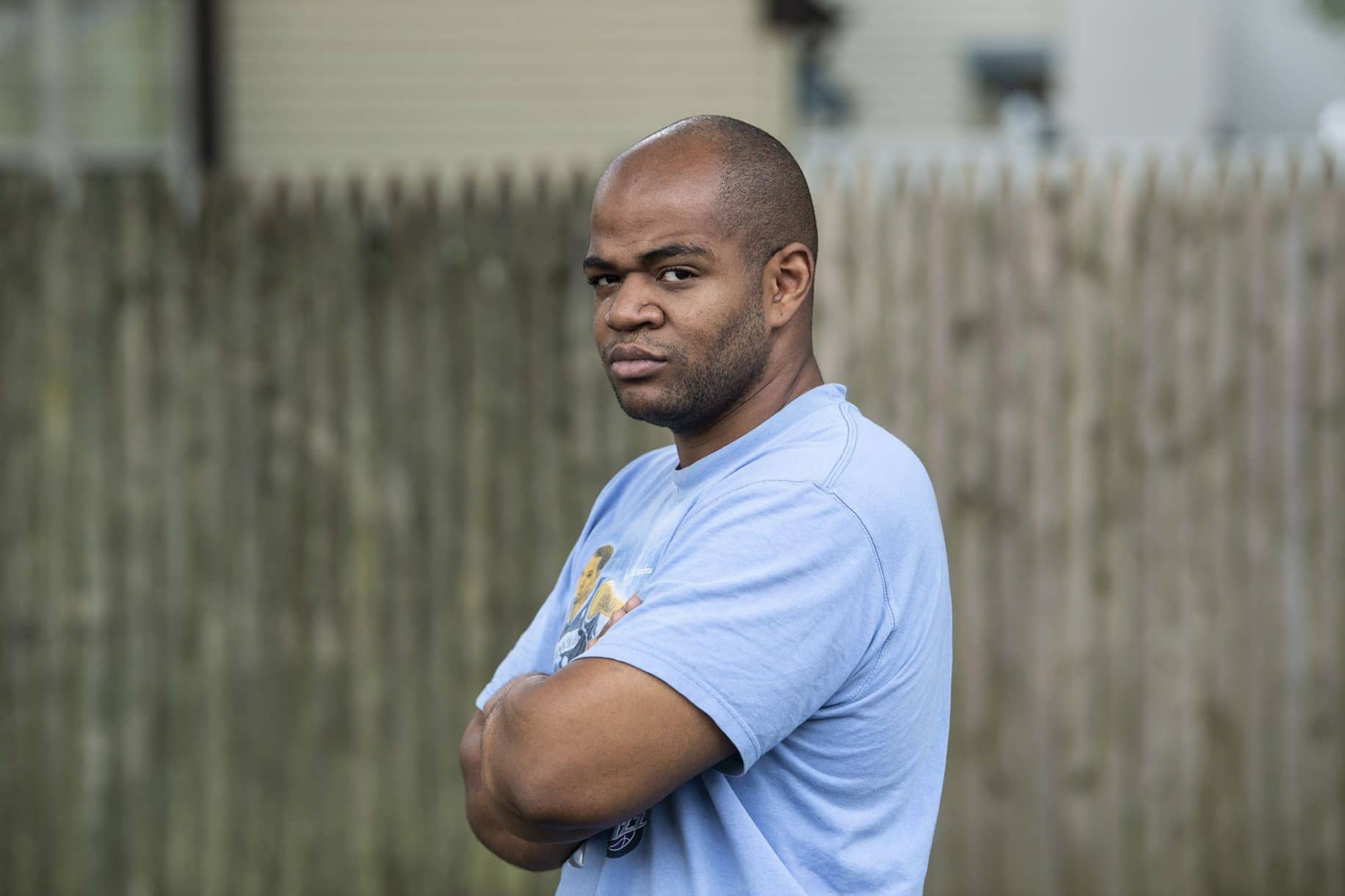 Tashime Felder near his home in Cherry Hill, N.J. Getting fit, he said, “took a lot of hard work. And if I can do that, I feel I can do almost everything.” (Jose F. Moreno/The Philadelphia Inquirer/TNS)

“I knew it would be one of the biggest hurdles I had to overcome in my life,” said Felder, now 29, who works in Philadelphia as a social worker.

Aiding Felder was Francisco Santos, a personal trainer who worked with him for the first eight months.

Felder’s exercise program entailed daily jogs on a treadmill, for at least an hour, and weightlifting.

“I wanted him to put on muscle, which he did,” said Santos, who also designed a regimen of circuit training for Felder: 10 different activities back-to-back-to-back _ like jumping jacks, push-ups, and quick sprints _ without much of a break in between.

“There were days when he would be doing this outside in 100-degree weather,” Santos said. “He wasn’t a big fan” of doing circuits, “but it made a huge difference.”

“Every day I trained I would tell him, ‘I hate you for making me do this,'” said Felder, laughing. “Afterward we were fine, but while I was doing it, he wasn’t my friend.”

His new look has produced double-takes from his friends.

“A lot of them are proud of what I have done, but for the most part they’re shocked, especially if they haven’t seen me for a while,” he said.

The situation is negatively impacting the country’s military readiness, according to the Council for a Strong America, a nonprofit that supports evidence-based policies and programs to help enable kids to be healthy, well-educated, and prepared for productive lives.

“Obesity has long threatened our nation’s health; as the epidemic grows, obesity is posing a threat to our nation’s security as well,” according to the organization’s 2018 study, “Unhealthy and Unprepared.”

“In the United States, 71% of young people between the ages of 17 and 24 do not qualify for military service, and obesity disqualifies 31% of youth from serving if they so choose.”

Joining the Army had always been his goal, Felder said, who will report for duty on Sept. 8 to Fort Jackson in South Carolina, where he will learn how to fix video and audio equipment and computers.

“I will be working with communications devices, and I am looking forward to learning a lot,” he said.

At the end of his five-year commitment, he said, “My long-term goal is to work with veterans who have PTSD. Eventually I want to get my master’s and try to open a counseling business.”

For now, though, he’s just happy to be heading into the next phase of his life. He knows the discipline he showed in losing weight will help him in many areas of his life. Meantime, he feels better each day, not carrying the extra pounds.

“It absolutely makes a major difference,” he said.

And it has allowed him to enter the Army, a lifelong goal that obesity once threatened.

“I am so excited,” Felder said. “It took a lot of hard work. And if I can do that, I feel I can do almost everything.”