The idea has gotten coverage by media outlets around the state, and a reporter asked about West’s suggestion at DeWine’s media briefing Tuesday afternoon.

“Well, I’m going to rely on Frank LaRose and see what Frank thinks,” said DeWine. “I know Frank has plans, and I know locally they’re working to recruit people to be the poll workers. … We have some older poll workers who in the world of Covid may not feel safe sitting there 13 hours where the polls are open, and they’ve got to get there earlier than that. So it’s a long day, when they’re exposed to a lot of different people. So I think that’s going to be our challenge this year …”

The legislator said it disturbed him that only about three months before the election, 54% of about 1,000 respondents to a Stark County Board of Elections survey said they wanted to return for the Nov. 3 election. 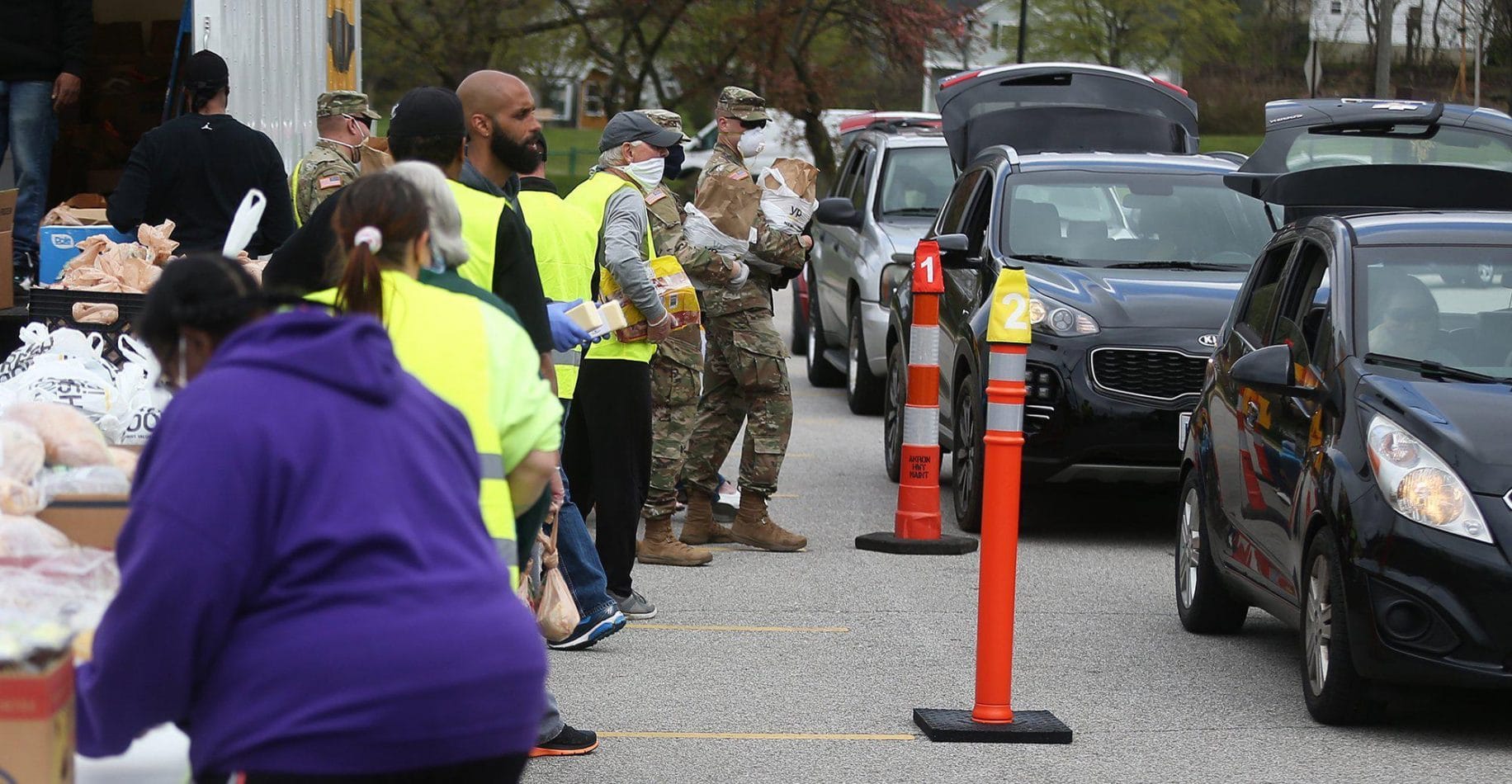 “We just thought it would be great for (National Guardsmen) to protect one of the greatest freedoms we have and that’s voting,” said West. “We need to make certain that we need to have the necessary people … deployed so we could have a fair and free and accessible election. And we don’t have to worry about reducing the number of polling locations because we don’t have as many people manning the polls.”

A large percentage of past poll workers are elderly retirees who are considered vulnerable to the most severe symptoms of COVID-19. Boards of Election staff worry that many will decline to work Nov. 3.

If they cannot be replaced, that could result in polling locations being closed and long line to vote.

During the pandemic, Ohio National Guardsmen have been assisting food banks with distributing food; setting up pop-up testing for the coronavirus; testing residents and staff for COVID-19 at nursing homes; and collecting and distributing personal protective equipment.

West says they can also serve as poll workers to address a “potential shortage.”

In a letter to the governor dated Monday, West wrote :

“We simply must ensure that every voter feels their voice can be heard in this election, despite the severe circumstances.”

Early this month, Wisconsin Gov. Tony Evers due to a shortage of poll workers deployed Wisconsin National Guardsmen for the state’s August primary in civilian clothing. They had been called up to staff the polls in a primary in April.

In June for a state primary to address another shortage of poll workers, Kentucky National Guardsmen in civilian clothing installed equipment at polling locations, directed vehicles of voters where to park and performed crowd control. They were not permitted to handle ballots or screen voters.

Traditionally, the U.S. military is expected not to take part in political activities.

When asked about whether the presence of uniformed National Guardsmen at polling locations could deter people from voting, West said, those concerns could be addressed.