The death toll from the historic firestorms hitting Northern California rose to seven Monday as officials used a small break in the weather to make progress against a series of lightning-sparked blazes that have been burning for a week.

Crews are battling 625 fires throughout the state, according to Gov. Gavin Newsom. So far this year, firefighters have responded to 7,002 fires that have scorched a combined 1.4 million acres, the governor said. By this time last year, there had been 4,292 fires that had consumed about 56,000 acres.

Newsom called this week critical in trying to fight the fires, adding that crews continue to flow into the area to help overstretched firefighters. 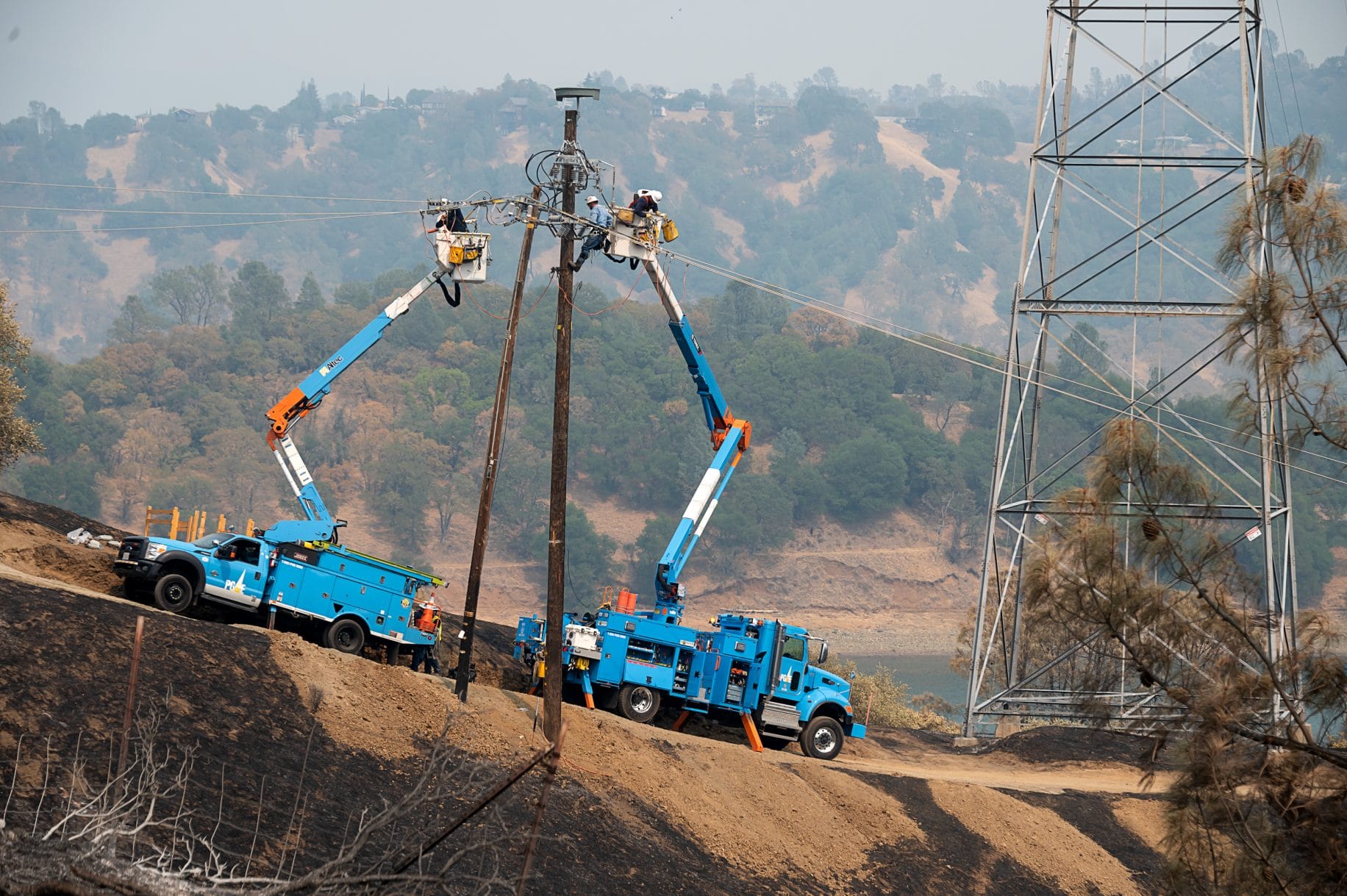 The state’s commitment includes more than 2,400 fire engines, he said. More have been pledged from other agencies both in and out of California — including 91 from Arizona, Idaho, New Mexico, Texas, Oregon, Utah and Washington.

As two of the three largest fires in California history burned simultaneously in an area that extends close to the eastern edge of San Jose and in wine country north of San Francisco Bay, firefighters saw a welcome respite in dangerous fire weather with the cancellation of a red-flag warning for the Bay Area.

Forecasters, however, continued to warn about dry lightning in the Sacramento Valley’s foothills and mountains through Monday evening. Red-flag warnings — which indicate that dangerous fire weather conditions are expected — were also in effect for parts of the North Coast, northeast California and the Tahoe Basin through Monday evening.

The National Weather Service initially issued warnings covering large swaths of Northern and Central California through Monday afternoon. With firefighters already responding to more than two dozen major fires, it was feared the storms could ignite even more blazes and cause existing ones to spread more rapidly, pushing crews into a triage situation.

The red-flag warning covering the Bay Area and northern Central Coast was canceled shortly after 9:30 a.m. Monday. The local National Weather Service office said that “weak cells are still over the North Bay; however, most moisture has moved north of our area and instability has decreased, giving us confidence to let the warning expire early.”

Firefighters were able to use a respite in the wind over the weekend to build containment lines. Crews battling the CZU Lightning Complex fire in San Mateo and Santa Cruz counties got some additional help from Mother Nature in the form of rain showers Sunday evening.

“The weather hasn’t been as significant as we were expecting, which is good,” Mark Brunton, operations chief for the California Department of Forestry and Fire Protection, said at a briefing Monday morning. “And that has given us an opportunity for our crews to make a lot of great progress throughout this fire.”

The sheer magnitude of what has burned is sobering, and there are about four more months of potential fire season to go. Only 2018 saw more land scorched in California — over an entire year.

Seven people have died so far in this year’s fires, including five — three in Napa County and two in Solano County — as a result of the LNU Lightning Complex fire, and one in the CZU Lightning Complex fire. The death toll also includes a pilot who died in a helicopter crash in Fresno County while on a water-dropping mission for the Hills fire.