WWII veteran finds joy in drawing as he battles dementia

When Raymond Harary was shown a drawing of Sluggo, one of Ann Arbor’s favorite fictional characters drawn by local artist David Zinn, the 93-year-old was frank in his assessment of the irreverent green monster.

“I’ll bet I can draw like ‘that guy,’” said Harary, his daughter, Leza Harary recalls.

Harary’s insistence on immersing himself in art is undeniable as he sifts through piles of crayon and marker originals – and his take on Sluggo – created in his Ann Arbor home since he took up drawing at beginning of 2020. 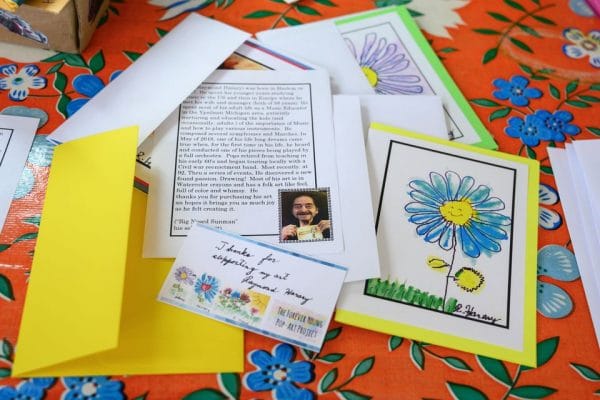 A card series made from Raymond Harary’s drawings at his home in Ann Arbor on Monday, July 6, 2020.
(Jacob Hamilton | [email protected]/TNS)

What started as a hobby to help Harary’s cognition as his dementia worsens has brightened the days of others through “The Forever young, ‘Pop-Art’ project,” where his work and the work of other senior artists 55 and older are put on display and appreciated.

In the group, he and other amateur senior artists can share artwork and encourage each other, while also auctioning off an occasional original colorful flower, moon or ladybug “folk art” displayed in bright colors. Harary’s work is now available in greeting and thank-you card form, and he’s moved on to work on his first collection of drawings for a calendar.

Harary, a World War II veteran who turns 93 Wednesday, July 8, has good days and bad when dealing with the brain disease, which makes the impact his drawings have had on complete strangers simultaneously miraculous and bittersweet, Leza Harary said. 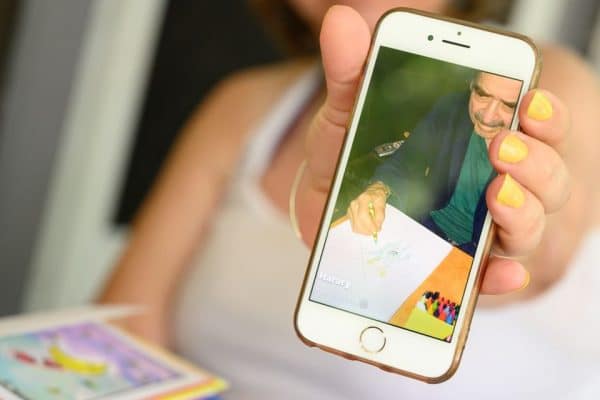 “It’s really hard to see him fade as fast as he has,” said Leza, who was visiting her father from across the country. “I don’t think he has any notion of the impact he’s having on people.”

Her father’s natural gravitation toward drawing isn’t surprising, Leza said, given the decades he spent as a music teacher in the Ypsilanti area, teaching both children and adults the joy of learning a new instrument.

Leza helped introduce her father to one of his first fans, Kelly Watson, Leza’s longtime friend, when Watson and her husband were looking for a used clarinet or trumpet for sale online. 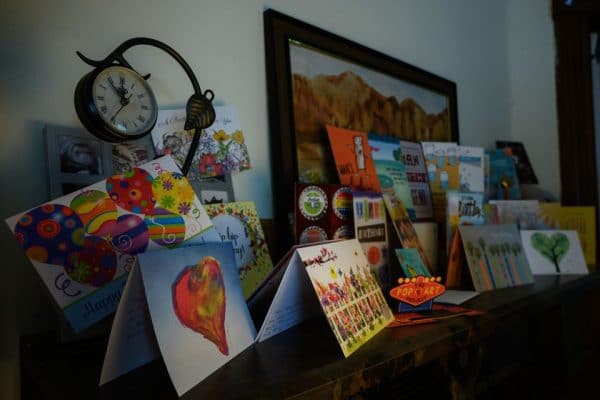 Leza noted that Raymond’s house was full of old instruments from his decades of teaching music at Willow Run. Raymond insisted two of Watson’s children take the instruments for one cent each, offering the explanation that, “If I just give them to you, you may not appreciate them as much.”

Several months later, Watson was diagnosed with Stage 4 Adenocarcinoma of the duodenum – a rare and aggressive cancer. Leza quickly organized a GoFundMe for her while also auctioning off some of Raymond’s drawings, raising a total of more than $9,000, with $1,500 coming from Raymond’s drawings alone.

With long drives for treatment every three weeks, in addition to mounting hotel and hospital costs, the gesture from Leza and Raymond was overwhelming, Watson said. 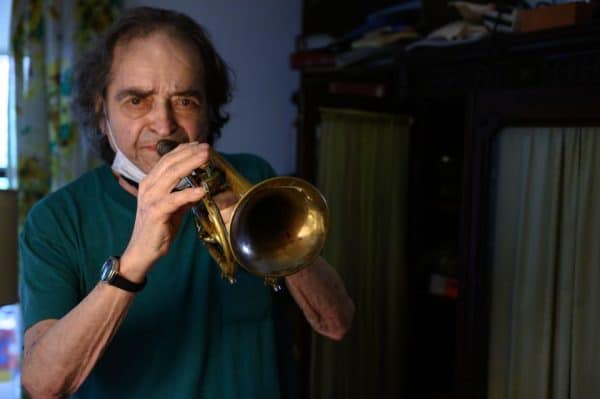 “When I found out Raymond was selling his drawings to help us I was beyond touched and cried for several days, knowing that this wonderful man who served in WWII, was at 92 years of age drawing to help me get through a very difficult situation,” Watson said. “My prognosis is still poor, but my hope is high, so I am staying positive and doing everything I can to be here as long as possible.”

While it’s difficult to expect what type of interactions she’ll have with her father when she visits him, Leza believes it is yet another example of him being able to bring happiness through the arts in his later years. 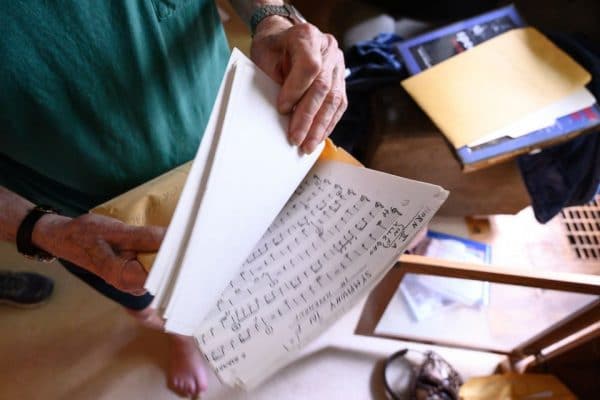 Two years ago, Raymond was able to live out one of his dream of conducting the Ypsilanti Symphony Orchestra. It was a special tribute to Harary, with the orchestra debuting “Symphony in F Major,” a piece he had written for young students to play, but never heard in a full orchestra setting.

“I got kind of excited about that,” Raymond recalls, clutching and examining an old French horn inside his home. “The people are playing this (type of instrument) less and less.”

Moments like those, as well as the recent influx of birthday cards from his online supporters, make some of the tougher days for Raymond easier to swallow, said Sigrid Harary, Raymond’s wife. 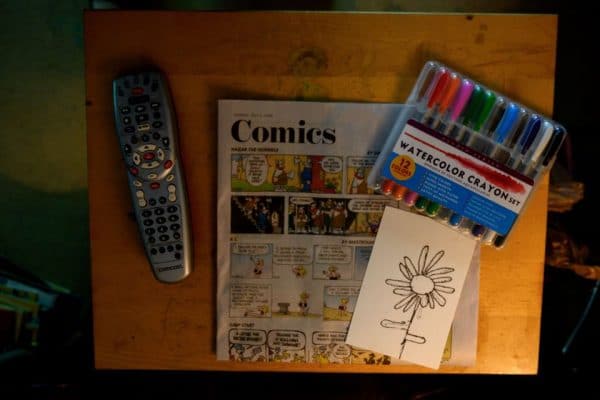 “I think it helps him quite a bit. For one thing, he’s interested in it,” she said, noting it helps with Raymond’s hand tremors.

Reading through the birthday cards fans have sent to him, Harary struggles to recite that a fan has been helped “through some dark days” by his drawings before turning the card over to his daughter to finish reading.

It’s another example of her father’s ability to impact people’s lives through art, Leza said, even if the impact is no longer clear to him.

“I don’t know if he understands it, but he’s starting a movement,” she said.