US Army listed ‘MAGA’ as a white supremacist statement, then retracted

The U.S. Army released a graphic on racism and discrimination that included President Donald Trump’s famous campaign slogan “Make America Great Again” as an example of “covert white supremacy.” On Wednesday night, the Army recalled the graphic and announced it’s investigating why the unapproved graphic was released.

Alabama Republican Rep. Mo Brooks was one of the first to bring the politically charged graphic to the Army’s attention. Brooks said the graphic violates the Hatch Act, which prohibits federal employees from using their offices to engage in political activity. 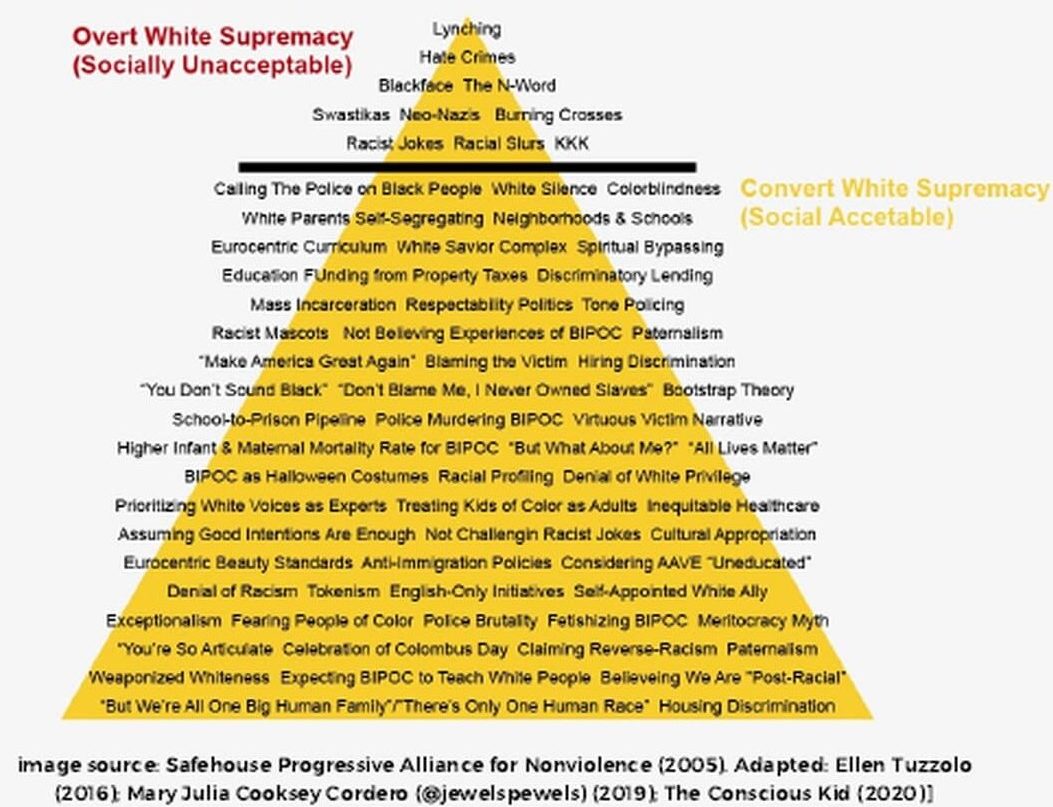 “U.S. Army personnel have violated the Hatch Act and any number of military regulations by distributing materials that, among other offensive things, labels President Donald Trump’s ‘Make America Great Again’ slogan or ‘Celebration of Columbus Day’ as white supremacist,” Brooks tweeted, along with a picture of the graphic.

U.S. Army personnel have violated the Hatch Act and any number of military regulations by distributing materials that, among other offensive things, labels President Donald Trump’s “Make America Great Again” slogan or “Celebration of Columbus Day” as white supremacist. pic.twitter.com/a7ZmTDtBih

The graphic in question shows a hierarchical pyramid with the top section of the pyramid describing “Overt White Supremacy (Socially Unacceptable)” and a line indicating a transition to more socially accepted forms of “Covert White Supremacy.” Trump’s “Make America Great Again” slogan is positioned in that lower group of white supremacist terms.

The graphic also includes terms like “All Lives Matter” and “Assuming good intentions are enough” as other forms of covert white supremacy.

On Thursday, the Army issued a response statement, indicating the controversial graphic was copied from a non-government website and sent in error as the military branch prepared to launch its “Your Voice Matters” listening tour.  The Army statement claimed it had “immediately recalled” the graphic, though it was unclear how the recall occurred given the graphic were distributed via email.

The Army statement further indicated the “unapproved pages were in no way used as part of the ‘Your Voice Matters’ listening tour sessions” and that the military branch had “initiated a 15-6 investigation to determine how this happened.”

The Army said the inclusion of the graphic was “predecisional and inappropriate for the discussion” and said it “does not condone the use of phrases that indicate political support.”

Brooks indicated in a press release that he had written to Army Secretary Ryan McCarthy requesting an investigation into “Army personnel illegally using federal government resources to distribute racist and partisan political propaganda in direct violation of the federal Hatch Act and any number of military regulations.”

Brooks said the email went out to “an unknown number of recipients, but likely in the thousands if the invitation went to all Redstone Arsenal Army civilian and uniformed personnel.”