Sessions blasts Tuberville for ‘being wrong on immigration’; calls it a top issue

Former U.S. Attorney General Jeff Sessions attacked his July 14 GOP runoff opponent for “being wrong on immigration,” an issue that he calls “one of the most important issues” Congress is faced with as it wrangles with other concerns such as the ongoing coronavirus pandemic and police reform.

(I’m not saying) that it’s No. 1, but it’s right up there,” said Sessions during a news conference Monday in Mobile. “We have 11 million people here unlawfully. In some years, we’ve had 11 million people arrested at the (U.S.-Mexico) border. If do this right, the number of attempts for entering illegally will plummet.”

He added, “This has been a big issue for the past 15 years and it needs to be fixed. There will be a window of opportunity to get something done and, in the end, have bipartisan support. We have to establish soon our policy against China. This should be a bipartisan policy of the United States. Those are two issues that need to be decided now.” 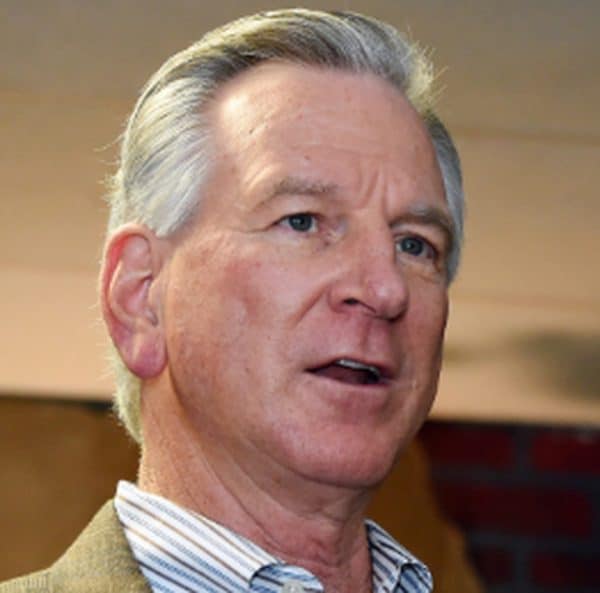 Sessions, during the news conference, juxtaposed his career opposing amnesty for undocumented immigrants against what he believes is a softer stance on the issue from former Auburn University head football coach Tommy Tuberville.

Sessions brought up an August 2019 statement from Tuberville who hinted at the time that he might be open toward amnesty for undocumented immigrants. Sessions and U.S. Rep. Bradley Byrne, ahead of the March 3 Republican primary, attacked Tuberville for that statement and prompted the former football coach – during multiple public appearances ahead of the primary election – to vehemently deny he would support amnesty for undocumented immigrants.

Sessions also criticized Tuberville for statements he made in December suggesting that he would be receptive toward accepting 400,000 people from India “who are educated and well-trained” to come to the U.S. on work visas.

“He has said to bring in more workers,” said Sessions, adding that Tuberville’s TV ads about the issue are “written by political consultants.”

Said Sessions, “What worries me is what he says when talking about this issue. It is very troublesome to me. He reveals he wants far more foreign workers. He’s wrong on immigration. They are contrary to President Trump’s beliefs and those of Alabama citizens.”

Tuberville, who has Trump’s endorsement ahead of the July 14 runoff, said last week that tax dollars “should not be used to provide for those who break our laws with their simple presence.” The winner of next month’s election faces Democratic U.S. Senator Doug Jones in November.

In a statement provided by the campaign, Tuberville said he would work with Trump to “add more conservative judges with backbone” to the U.S. Supreme Court. His statement followed the court’s 5-4 decision authored by Chief Justice John Roberts to block efforts by the Trump administration to dismantle the Deferred Action for Childhood Arrivals (DACA) program.

“We need more Scalias, Thomases and Kavanaughts, not more Roberts,” said Tuberville. His campaign declined to comment about Sessions’ attacks. “I will always fight to confirm judges who support our Constitution and reflect our conservative Alabama values.”

Sessions, as Attorney General, kickstarted the Trump administration’s efforts to unwind DACA when he declared the Obama-era program illegal and unconstitutional. The Sessions declaration came in 2017, around the same time that Trump became displeased with his attorney general for his decision to recuse himself from the federal government’s probe into Russia meddling into the 2016 presidential campaign.

Sessions, who as a senator voted to confirm Roberts in 2005, said he felt the high court’s decision on DACA “reminds us of the importance of immigration and the politics that underline it.” He said it was “time to have a frank discussion” about the issues, and that Alabama voters “need to understand what their candidates believe about immigration before casting a vote.”

He urged Tuberville to debate him, something that the former coach – who is leading Sessions in pre-runoff polling – has declined to do.

“He’s not in the game,” said Sessions. “He’s not fighting. He’s not advocating.”

Sessions also released a plan he believes will fix American’s immigration system. Some of the points include:

*Reduce the number of foreign workers into the U.S. and urge Trump to “immediately extend and expand” his immigration proclamation to limit the number of guest workers into the country. Trump, on Monday, introduced a series of restrictions on visas that allow immigrants to temporarily work in the U.S. The author of Trump’s immigration policies has been White House Senior Advisor Stephen Miller, who served as Sessions’ communications director before the 2016 presidential campaign. Together, Miller and Sessions were viewed as early influences on Trump’s immigration agenda.

*Prioritize the deportation of undocumented immigrants and cut off federal funds to so-called sanctuary cities and states.

*End DACA, and urge Trump to resubmit the program’s recissions and push to cancel it.