Chris Sajnog has spent 20 years as a U.S. Navy SEAL and was the master training specialist selected to help create the SEAL’s sniper training manual. Since leaving the SEALs, he spent six years training federal officers in the Department of Homeland Security, and has gone on to teach SWAT teams and regular beat cops. Sajnog has studied training philosophy and shared what he believes are some of the real flaws affecting policing and police training.

Protests have swept the nation following the May 25 death of a Black man named George Floyd, while he was in Minneapolis police custody. Floyd’s death has raised concerns about police training and the number of deadly police interactions with Black individuals. In an interview with American Military News, Sajnog discussed the problems he believes exist in police training.

Sajnog warned that an overemphasis on the racial components of bad police interactions could cause people to overlook inadequate training in many police departments around the country. One primary example of poor training Sajnog described was the firearms qualifications most police undergo.

“In this case, it revolves around the target,” Sajnog said. 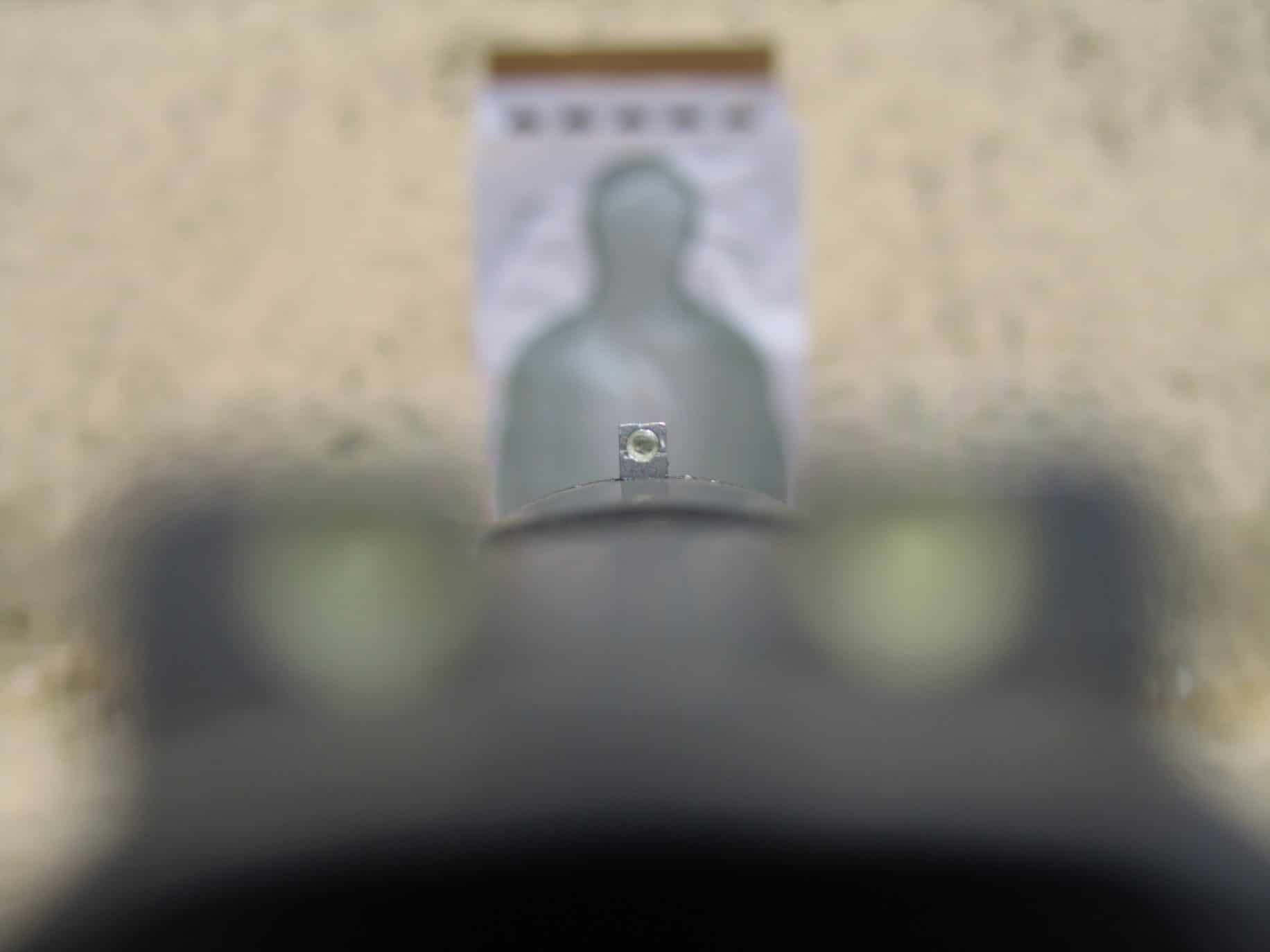 A law enforcement training target, as seen down the sights of a pistol. (Chris Sajnog, photo/Released)

“The NRA’s official training target is a silhouette of a human being and it does not have any weapon you can see,” he said. “So across the country, law enforcement officers are trained like once a year, under stress of having to shoot that target accurately and under a certain amount of time. That’s how they qualify is there’s a little timer that goes off, they hear a beep, they draw their gun, they shoot two rounds into the center of the target and they’re qualified to carry their firearm for another year.”

Sajnog went further, describing the mental conditioning behind the kind of training many police undergo. He said that firing at a silhouette teaches an officer to shoot quickly and accurately, but not necessarily to discern the features of the target silhouette. The lack of distinction, Sajnog warned, could lead officers to fire instinctively without noticing key details about the person they are firing at.

“We all become silhouettes at night,” Sajnog explained. “So when law enforcement officers are doing their job and trying to protect us, unfortunately they go out at night, they’re under stress and they see a silhouette and they’re not trained to see if it even has a firearm. They just know that if they are under stress they need to draw their gun and shoot and that is one of the tragic consequences of a simple thing like the target that you are shooting at when you are training.”

Sajnog said an easy fix would be to present an officer with two photo targets of people, one with a firearm and one without, and train the officer to quickly discern which target poses the threat and avoid shooting the one that does not. He said police instructors could go further and have officers practicing shooting dangerous targets, holstering their firearm and pulling out their taser on less dangerous targets, and talking to non-threatening targets. 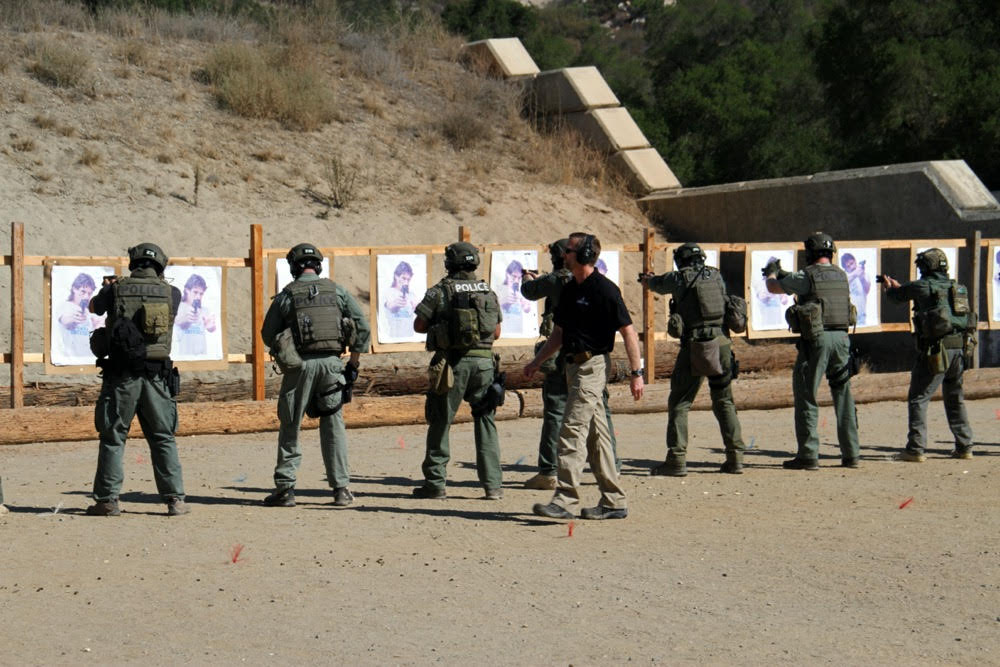 Sajnog said the problem isn’t just with that particular target, but with the training resources police use in general. Many officers seeking additional training are turning to instructors like Sajnog and are often doing so as an out-of-pocket expense, where cost can be a limiting factor.

While many firearms instructors describe “dry fire training” as simply learning to pull the trigger of an unloaded firearm without firing live ammunition, Sajnog said such training should encapsulate “everything you do to make you a better shooter.” He said that training could include manipulating the trigger on an unloaded firearm, improving eyesight and grip strength and practicing situational training to discern when targets pose a threat. 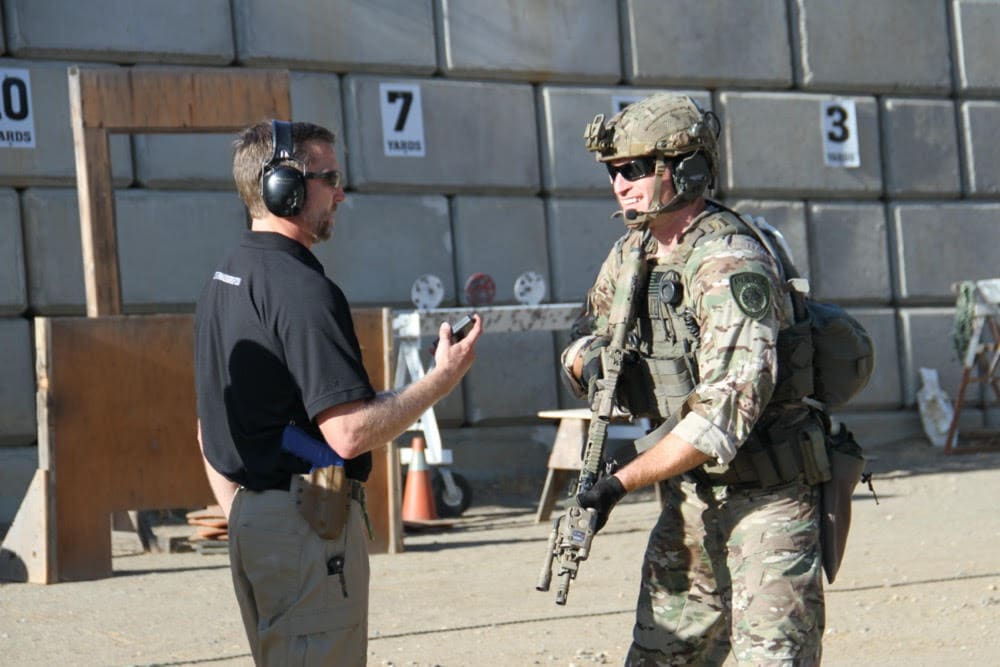 He said there are other limitations to training such as the general safety rules seen on most shooting ranges.

He said officers are expected to work in a rapidly changing 360 degree environment, “But they’re training in this one-way range environment where you can’t turn. If they turned on the range, they’re going to get kicked off the range and they’re not going to be able to have a firearm.”

Sajnog’s solution in that case is to use airsoft replicas of real firearms, firing plastic BBs instead of live ammunition. He said using such replica firearms overcomes the safety issues one would find from using live ammunition on a range, and drives the budget for training down.

“You can take all of your accessories from your firearm and put them on an airsoft gun, and now your training budget for ammunition has gone down dramatically, the safety level of your training has gone up dramatically and you can do a lot more training,” he said.

Even outside of incidents involving police shootings of suspects, Sajnog said officers can become stuck in repeating learned responses where they may rely heavily on one specific law enforcement technique rather than being able to assess other factors that call for a different technique or level of force. He said having the ability to continuously evaluate and reevaluate a situation in a looped response, can help officers know when a law enforcement technique is having an adverse effect in a police interaction with a suspect. One key component of Sajnog’s own training method is to teach meditation to learn ignore distractions and instead be mindful of important details.

Sajnog said he is trying to get his training advice out to more organizations, but said change is hard whether he’s talking to law enforcement agencies and officers with their own ingrained training methods, or even with groups focused on combating police violence.

Sajnog said some gun rights and law enforcement advocates have taken his advice with regarding silhouette targets to mean he is suggesting a racial component to bad police training because he has taken issue with “dark silhouettes.” Sajnog said he wanted to express only that a featureless silhouette of any color or shade is a bad training device because it doesn’t teach discernment. Other times police training can simply become ingrained in outdated techniques, with officers being resistant to new training. Sajnog said that was an issue even when he was training SEALs.

Similarly, Sajnog said efforts to reach out to groups focused on calling out bad policing were also met with silence.

“Somebody told me, I don’t know if it’s true or not, but they’re like ‘of Course nobody got back to you, if it’s not racism, they’re going to lose their platform,'” Sajnog said.

Sajnog said despite pushback from both police and anti-police violence groups, he hopes to proliferate his advice on training because he believes law enforcement officers are not racist.

Early results are promising from coronavirus-vaccine testing in US