A man and a woman were flown to a hospital after being extricated from a Toyota Rav 4 that collided with a military transport vehicle on state Route 93 at the intersection of Brenkman Drive and Quakake Road in Packer Twp. before 11 a.m. Thursday.

The names of those involved weren’t yet made public and their injuries are unknown. 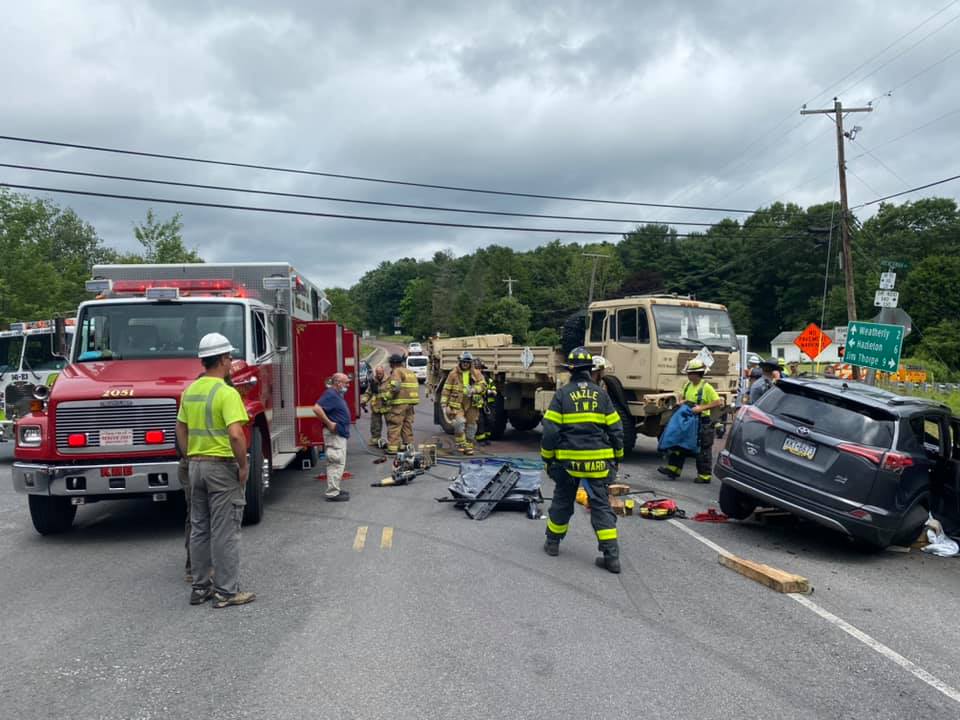 The driver of the military vehicle wasn’t injured, according to firefighters.

State police at Hazleton are investigating.

Firefighters had to remove both people from the Toyota, which was driven by the woman, said Vinny Breznitsky of Weatherly Citizens Fire Company. The doors of the vehicle and the “B” post had to be cut off the sport utility vehicle to get them out and into an ambulance, which drove at least one of them to nearby Beaver Meadows. A medical helicopter landed there near Lake Marie to take them to a hospital. 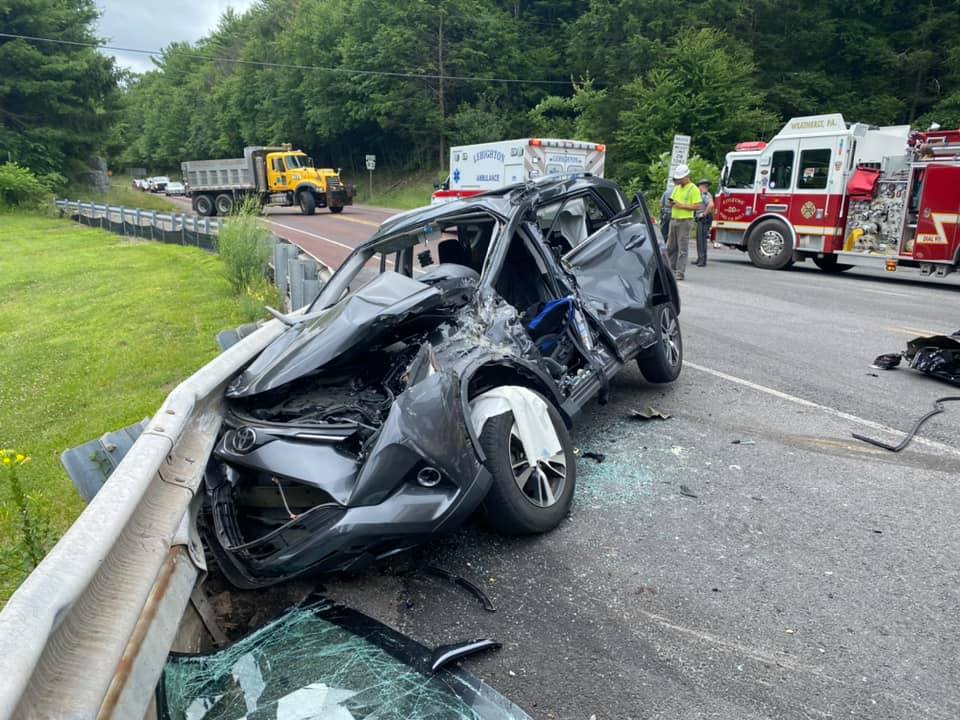 The Toyota was towed from the area. It was found heavily damaged against a guard rail near Brenkman Drive.

Traffic was moving slowly in the area as troopers investigated and first responders tended to the injured.

A woman who witnessed the crash but spoke on the condition of anonymity said the Toyota was in front of her at the stop sign on Quakake Road and pulled out into the intersection with Hudson Drive and almost looked like it was headed to Brenkman Drive, which was closed when it was hit by the military vehicle that had the right of way on state Route 93.

“I could hear the brakes going,” she said.

After the collision the woman called 911.