The shocking surge in shootings in New York City over the Fourth of July weekend was no surprise to New York Police Department Commissioner Dermot Shea.

“This has been predictable,’” Shea said on NY1 Monday morning. “You heard me saying, ‘A storm is coming’ … and we’re in the middle of it right now.”

The city, already reeling from protests and looting in the wake of the death of George Floyd in Minneapolis and what many cops see as creeping anti-police sentiment in the city, was rocked Sunday by 30 shooting incidents around the city, with 48 people shot. 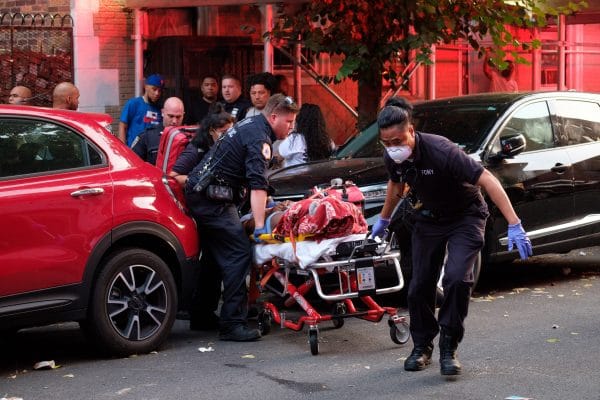 On Friday and Saturday, 15 people were shot, one fatally. Another person was stabbed to death on Friday.

Shea said there is plenty of blame to go around, including a reduction by half of the number of inmates at Rikers Island.

The Rikers Island population has been slashed by bail reform measures and in an effort to limit the spread of COVID-19.

“Where is the other half right now?” Shea asked. “We’ve transplanted general population to the streets of New York City and it’s extremely frustrating. And don’t think this is happening by happenstance. This is organized. Go onto closerikers.org and read. The road map is there.” 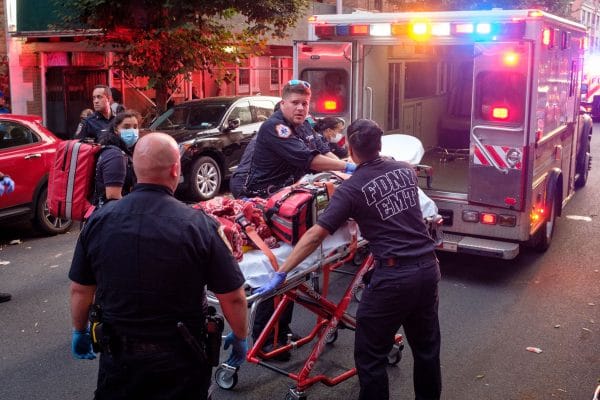 Shea stressed that the NYPD’s precision policing efforts, focusing mostly on known violent criminals, have lead in recent years to a dramatic plunge in arrests — and in the city’s jail population.

“But there is a tipping point,” he said, “and you’re seeing what happens now when you cross that tipping point.”

Shea also blasted as insane the new local law that takes the criminalizing of a chokehold even further, prohibiting police from exerting any pressure on a suspect’s diaphragm.

“Police officers should not have to worry more about getting arrested than the person with the gun that they’re rolling around on the street with,” Shea said.

“We can fix this,” he said. “We don’t need a lot of new things. What we need is support — and that’s in short supply. We need tools. We need the laws that make sense. And then we need resources.

“Those three things and we can turn this around quickly.”