A Minneapolis City Council member defended the decision of three colleagues to use private security agencies to protect them, saying the service was recommended by the city’s security experts following threats.

“Anybody that’s making a threat over a policy action or statement or decision is engaging in a form of terrorism meant to suppress the democratic system through a form of intimidation or violence,” said Council Member Andrew Johnson, who said he has also received a threat but hasn’t asked for private security.

The revelation that the city has spent at least $63,000 in recent weeks on private security for council members at a time when they are discussing ending the Minneapolis Police Department (MPD) has drawn criticism and accusations of hypocrisy from some city residents. 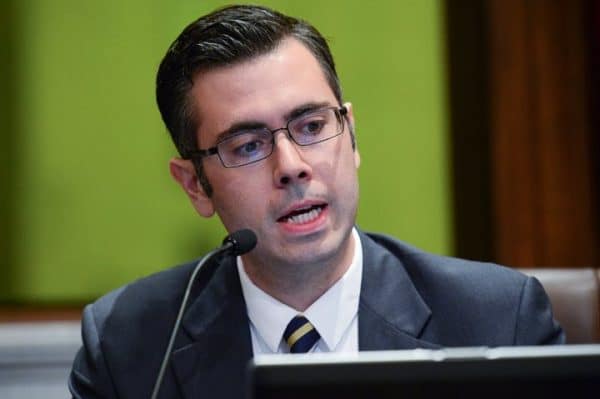 In the days after the killing of George Floyd, the city discussed whether Minneapolis police could protect council members, but none of them asked to have a police vehicle parked outside their home, according to a statement from Mayor Jacob Frey’s office.

Marjaan Sirdar, a community organizer who lives in south Minneapolis, said it was “ridiculous” for council members to get personal protection, questioning why the families of men who were killed by Minneapolis police have not been given security.

Other elected officials have received help from community members who have volunteered to look after their homes overnight, Sirdar said.

“We’re letting these folks who feel unsafe know, ‘Hey, it’s probably a scare tactic. If you feel unsafe, we’ll keep showing up,’?” he said. “But there’s plenty of other people in this community who deserve protection as well.”

The city has not identified the council members receiving security, but the Star Tribune has confirmed they are Council Vice President Andrea Jenkins and Council Members Alondra Cano and Phillipe Cunningham. The three declined to comment, said they were tied up on other city business or did not respond to messages.

In Minnesota, public officials who make reports to police can ask that their names be redacted, which would prohibit the department from confirming whether those reports exist.

Johnson said council members have received threats on social media, from calls with blocked numbers, via e-mail and in the traditional mail.

He said “security experts” within the city “offered them security based off of specific threats.” He did not know what the threats were, though he said he had received one as well.

Johnson said he believes council members are being targeted for “taking on a controversial issue.”

He said: “I don’t see what would be hypocritical about trying to find a more effective way to improve safety in our community, and expecting personal safety for public servants.”

The private security is coming from two companies — Aegis and BelCom — which provide armed, licensed security officers. Aegis charges $75 an hour and BelCom charges $125 an hour for their services, according to the city. The city has not publicly released those contracts. Because they have not yet surpassed $175,000 in spending, the contracts do not need to be approved by City Council during a public meeting, the city has said.

Cunningham, in a Twitter thread, compared the security council members are receiving to protection offered to the mayor through Minneapolis police.

The police have protected the mayor for decades. An officer, who also serves as a driver, accompanies the mayor at many public events. At least two officers rotate on that duty. Sometimes they both work simultaneously, if the mayor is attending large events.

The city did not provide data Thursday on how much that police protection costs, saying it had to track down hourly rate and benefit costs.

The mayor’s office said it was not consulted about the decision to bring in private security.

“During the initial week of unrest immediately following Floyd’s death, at the request of Council Members, there were conversations between mayoral staff and MPD about how MPD could help protect Council Members’ safety, but there were no requests to detail MPD vehicles to individual Council Members’ homes,” the mayor’s office said in a statement.

Frey has received “hundreds of serious threats, including death threats and anti-Semitic threats,” since he clashed with President Donald Trump last year over who should pay for the costs of the president’s rally in Minneapolis.

“Many of those [threats] have come in during the last few weeks,” the mayor’s office said. “Administrative staff have flagged a sampling of threats for MPD.”