It was an unusual primary. Delayed by a month over concerns about the spread of COVID-19, then conducted largely via absentee ballot, Kentuckians were left waiting a full week after Election Day for results. 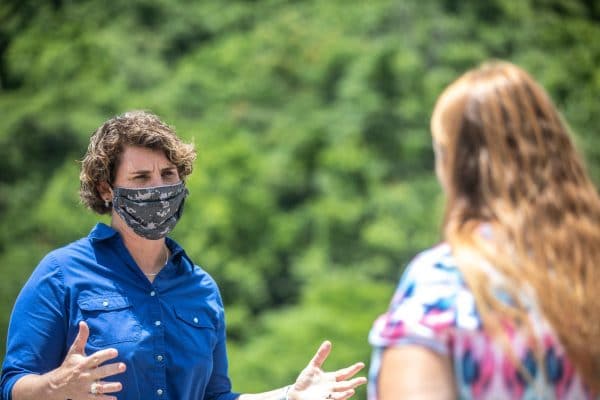 “Extreme Amy McGrath is lucky to have gotten out of the primary with a victory, but her reputation sustained significant damage all across Kentucky,” said Kate Cooksey, McConnell’s spokeswoman. “McGrath is just another tool of the Washington Democratic establishment who has no idea what matters most to Kentuckians.”

The extra month proved pivotal in making the race competitive. Booker’s call for change was embraced by a sweeping political moment after the deaths of George Floyd and Breonna Taylor sparked protests of racial injustice and police violence throughout the country.

Booker was among the protesters in Louisville, allowing a candidate who had struggled to gain traction through much of the campaign to catch the imagination of progressives and peel away people who felt ambivalent about McGrath. She spent more than $21 million in the primary positioning herself as a moderate in preparation for the general election.

With the attention came money for Booker’s campaign and with that money came a final push to whip up support and momentum heading into Election Day. His campaign rented a bus and toured the state, wearing shirts that said “From the Hood to the Holler” as Booker tried to build a statewide coalition. 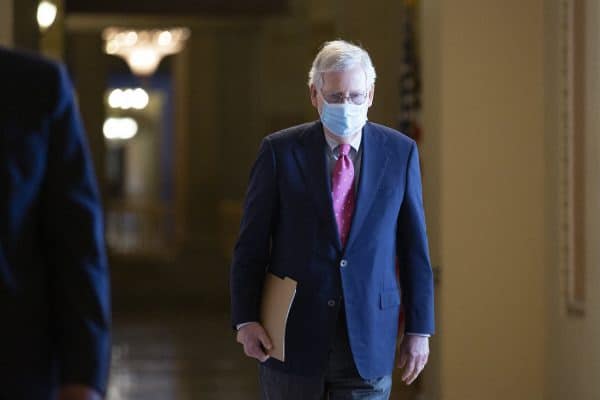 That coalition never completely formed, crashing into the behemoth of the McGrath campaign and falling short.

McGrath, who officially got into the race in July but spent nearly two years readying for her Senate run, had already raised millions by the time Booker announced in January. She used that money to run ads that implied the race was already between her and McConnell.

Voting by absentee ballot had already started by the time Booker began picking up traction. He had a strong showing among those who voted in-person on Election Day, but those margins quickly shrunk as absentee ballots were counted.

For her part, McGrath played the role of the incumbent — an unusual position for someone who has never won an election. Her massive fundraising machine allowed her to build a professional operation, one that was able to absorb her early mistakes, like saying she would have voted to confirm Supreme Court Justice Brett Kavanaugh before changing her position hours later.

Her attempts to thread a needle between McConnell and President Donald Trump made her vulnerable in the primary, turning off some of the more progressive supporters who championed McGrath during her 2018 congressional bid. That allowed Booker and Lincoln County farmer Mike Broihier to run ads attacking her as not being a “real Democrat.”

“Don’t tell me all we deserve in this primary is a pro-Trump Democrat,” Booker told a crowd in Pikeville the day before the election. “I don’t even know what that is.”

But McGrath won Pike County. She won nearly every county in the state, while somehow escaping a competitive primary without being pulled to the left. When asked if she was merely clinging to her primary lead on the Monday before Election Day, McGrath was firm.

“No,” She said. “I think we have built a very strong network all around Kentucky of 120 counties that are excited to get rid of Mitch McConnell.”