Over a thousand pieces of equipment arrived at Blount Island from Fort Campbell, Ky., to be sent to Europe for use in a training mission. As an Elite move, the operation was one of the largest and most important equipment moves of the year, JaxPort officials said. 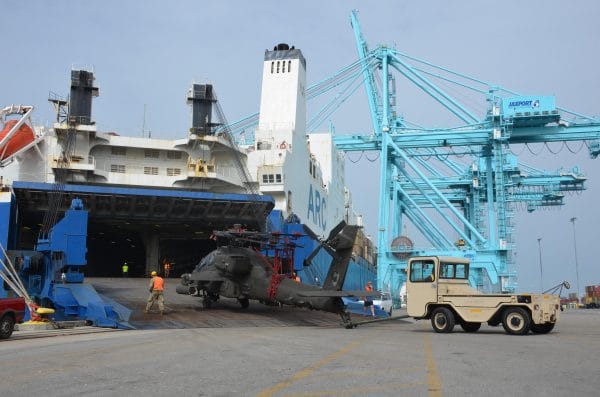 JaxPort has access to 40 daily trains and three major interstate highways, making it “one of the nation’s most diversified ports, and our ability to support the military is an important part of our diversification strategy,” CEO Eric Green said.

Jacksonville is one of 17 U.S. Strategic Seaports that are on-call to move military cargo for national defense, humanitarian aid and disaster relief. It is the only port in Florida to have this distinction. 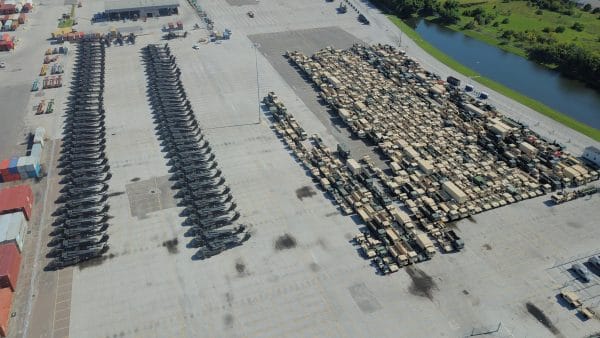 This past week JaxPort has facilitated an “Elite” cargo move, transporting over 1,000 pieces of U.S. military equipment to Europe for use in a training mission. The port is one of 17 in the United States that are on-call to move equipment for national security reasons. [Provided by the Jacksonville Port Authority/TNS] 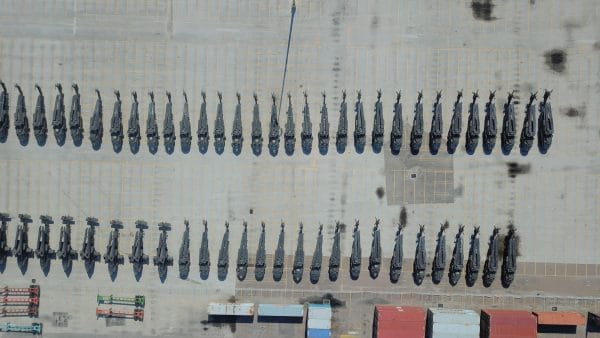 As one of 17 U.S. Strategic Seaports, JaxPort is regularly called upon to conduct operations, moving equipment in the interest of national security. Recently, a federal judge ruled that a project, dredging the St Johns to allow access for larger cargo vessels, could proceed. [Provided by the Jacksonville Port Authority/TNS]

Again in September 2019, the port facilitated the largest operation at JaxPort since Operation Iraqi Freedom in 2003, loading over 2,000 battle tanks and artillery onto vessels bound for Europe, officials said.

“Support from JaxPort, as well as our trucking and rail partners here in Jacksonville, has been phenomenal,” said Lt. Col. Thomas Patterson III from the 832nd Transportation Battalion. “In large moves like this one, efficiency is key to ensuring the best use of taxpayer dollars. Jacksonville offers the strategic value, expertise and flexibility to seamlessly get it all done.” 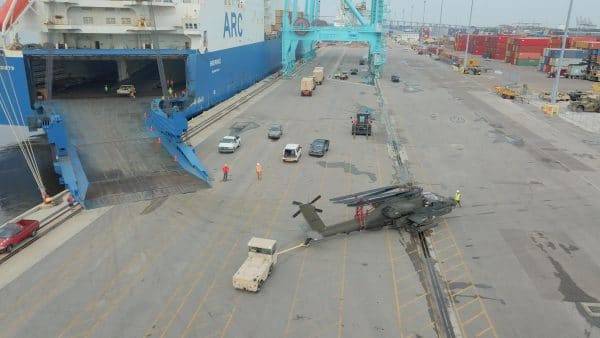 U.S. Army helicopters and other equipment are loaded onto the vehicle carrier ARC Endurance at the Blount Island Marine Terminal. The equipment arrived at Blount Island by rail over the past two weeks from Kentucky. [Provided by the Jacksonville Port Authority/TNS]

In a recent ruling by a federal judge, the Army Corps was allowed to continue an 11-mile dredging project of the St. Johns to the Blount Island Marine Terminal, a six-year project intended to deepen the river to 47 feet to meet the needs of larger cargo ships.