The David P. Thompson Fountain was missing the iconic elk that has sat atop the fountain for 120 years on July 2, 2020 in downtown Portland. (Beth Nakamura | The Oregonian/OregonLive/TNS)
July 06, 2020 Lizzy Acker - The Oregonian
Share
Tweet
Flip

A 120-year-old statue of an elk has been removed from downtown Portland after protesters lit a fire that damaged its base Wednesday night.

The statue, which sits atop the David P. Thompson Fountain, has been the target of graffiti and fires during the weeks of protests against systemic racism, police brutality and the killing of George Floyd by Minneapolis police.

“The fire did not seem to harm the elk,” said Keith Lachowicz, the Public Art Collections Manager with Regional Arts and Culture Council. 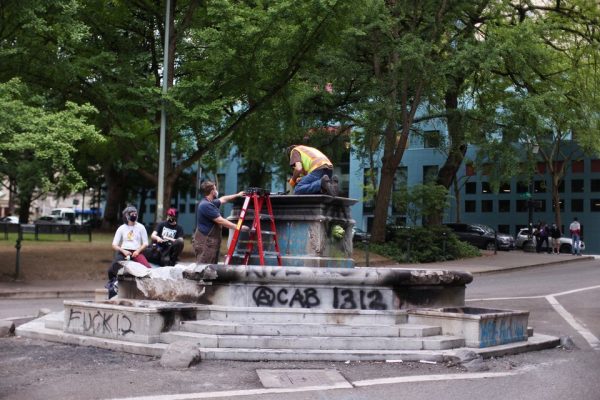 The David P. Thompson Fountain was missing the iconic elk that has sat atop the fountain for 120 years on July 2, 2020 in downtown Portland.
(Beth Nakamura | The Oregonian/OregonLive/TNS)

A fire was also set under the statue Tuesday night.

The elk and fountain were donated to the city by one-time mayor David P. Thompson in 1900 to honor elk that once roamed the Willamette Valley. The statue sits between Chapman and Lownsdale squares, across from the Justice Center, the focal point of nightly protests.

It had been in the same place for 120 years and was originally designed to water horses, Lachowicz said. 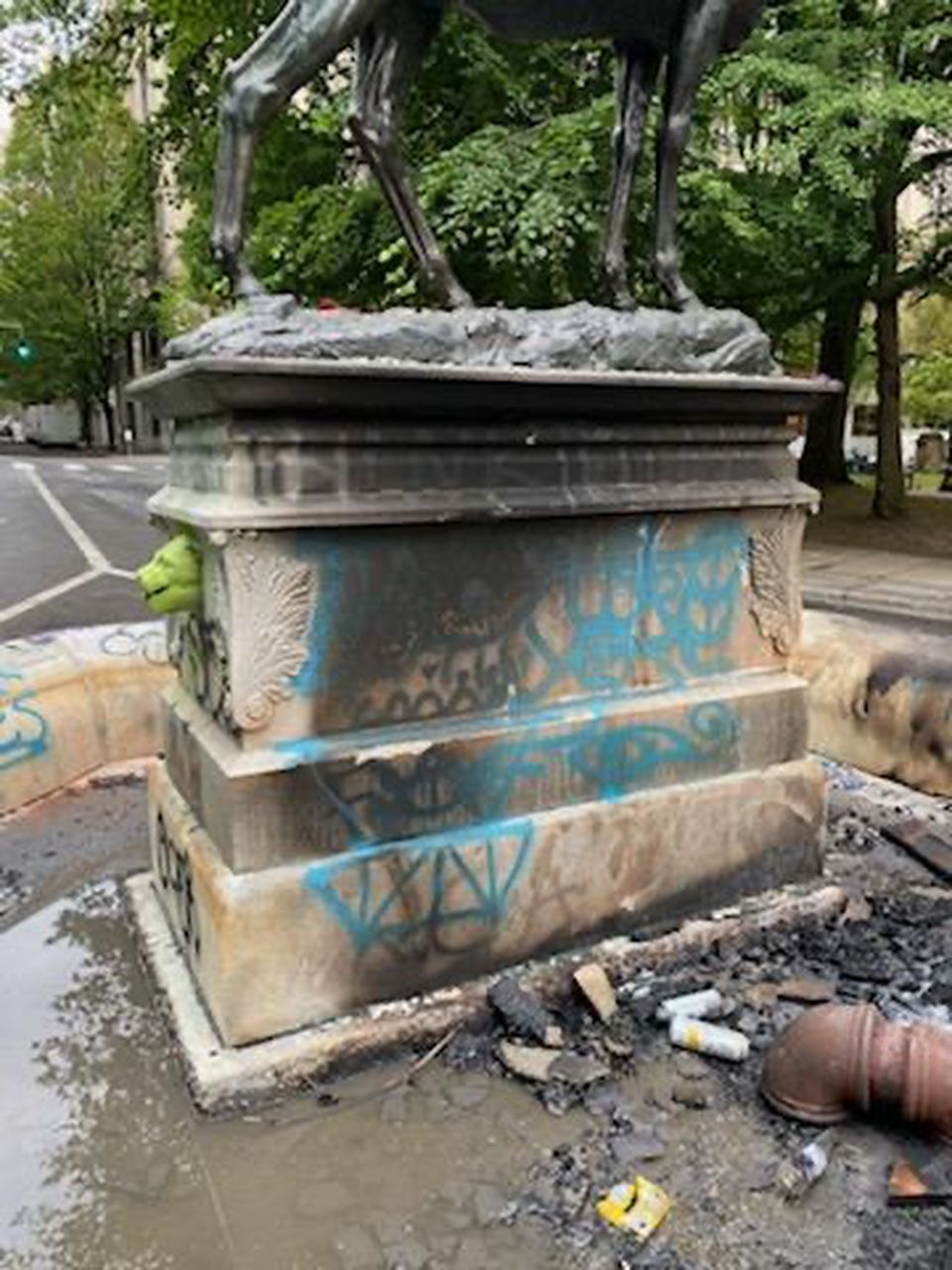 Usually, it functions as a fountain in the summer, he said, though this year it wasn’t turned on because of concerns over spreading COVID-19.

The Regional Arts and Culture Council and the city decided the damage to the granite base of the statue was so severe the piece needed to be removed for public safety reasons, Lachowicz said.

They were concerned the statue would fall over and injure someone, he added. 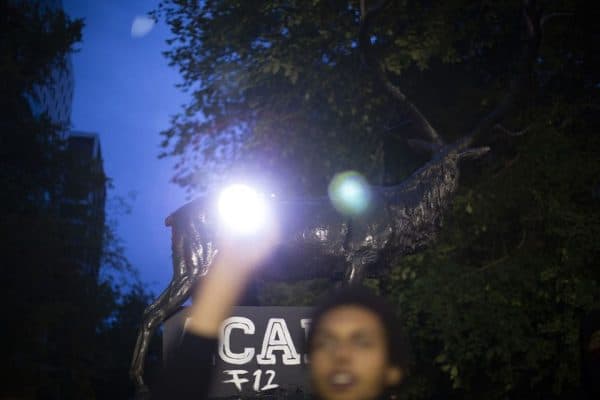 Portland protesters gather at the Justice Center for the twelfth night on June 8, 2020, to protest police brutality.
(Beth Nakamura | The Oregonian/OregonLive/TNS)

Police said they are investigating the damage.

“Engaging in criminal activity including vandalism and property damage is not peaceful demonstration,” said Portland Police Bureau Chief Chuck Lovell in a statement. “We ask for the public’s help in identifying and sharing information about those responsible so they can be held accountable.” 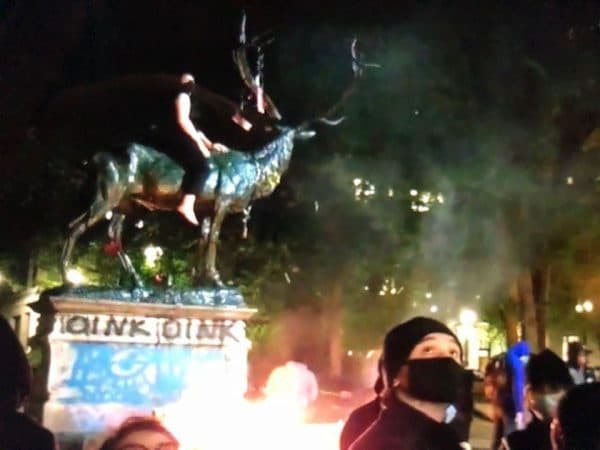 Lachowicz said the Regional Arts and Culture Council has been cleaning the elk frequently during the ongoing protests. 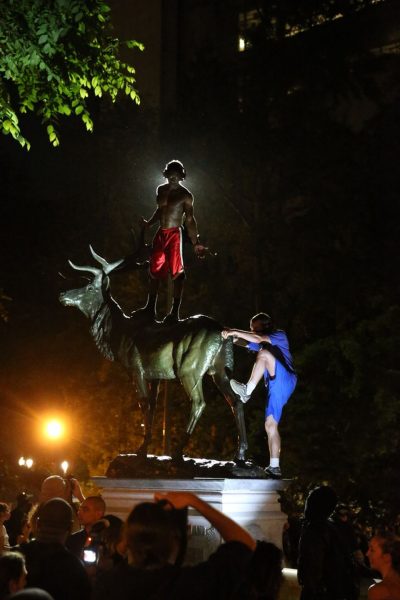 Portlanders are marching from the George Floyd vigil at Peninsula Park towards the Justice Center downtown on March 29, 2020. – After hours of largely peaceful demonstrations, violence escalated late Friday in downtown Portland, as hundreds of people gathered to protest the Minneapolis police killing of a black man. (Dave Killen/The Oregonian/TNS)

Now, that the elk has been removed, Lachowicz said, it will get a more focused cleaning.

“What is going to happen moving forward is kind of an unknown,” he added, “but the damage to the stonework is significant.”