Officers stopped a big-rig driven by a 31-year-old Mexican man at the Otay Mesa crossing in San Diego, California, at 4:30 p.m. Sunday, a release says. 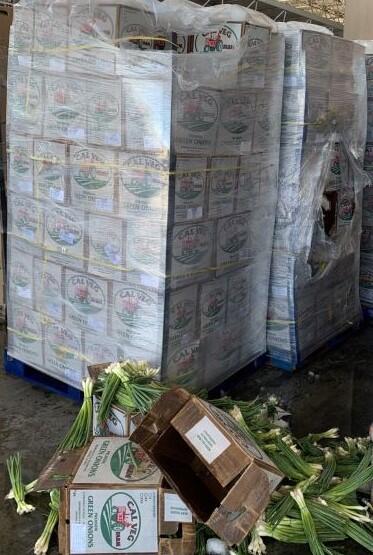 An X-ray of the cargo “identified anomalies” within the boxes of produce, according to the release. A drug-detection dog also alerted officers to the shipment.

A search found 614 pounds of methamphetamine in 40 packages mixed in with the green onions, the Customs and Border Patrol release says.

Officers seized the big rig and meth, valued at $1.4 million, the release says.

The driver was turned over to the Department of Homeland Security for further investigation.

Veteran attacked while holding Trump sign, again, vows: 'I don't back down'