An estimated 100 employees of Ford Motor Co. have asked the automaker to reconsider building and selling police vehicles in light of controversy related to police brutality and social justice, the Free Press confirmed late Wednesday.

The issue has been raised with Ford executives by employees during at least one virtual town hall and a series of letters sent to executives since the May 25 death of George Floyd at the hands of Minneapolis police.

Over the past six weeks, civil rights protests have roiled the streets of Detroit and cities across the country as debate about police reform grows. Auto executives and business leaders in Detroit have made headlines with calls for racial justice. 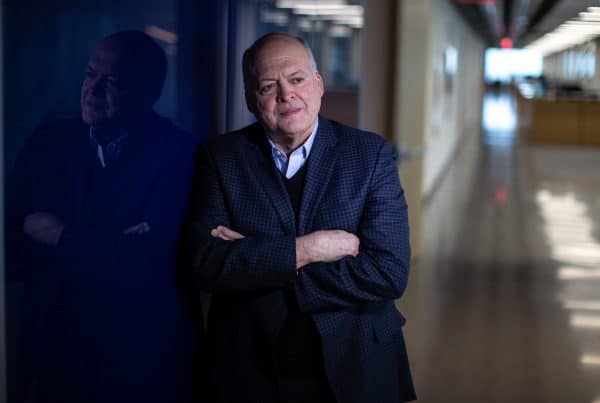 Ford, along with General Motors, has taken additional steps to advocate for accountability in recent weeks. Ford also announced plans to pull its social media spending amid calls for action against misinformation and hate speech.

While Ford is not in a position to shape public policy, Ford CEO Jim Hackett and executive chairman Bill Ford have committed to engaging in public dialogue and providing corporate leadership — as has GM CEO Mary Barra and Mike Manley, CEO of Fiat Chrysler Automobiles.

Internally at Ford, both Black and white employees have expressed concern in what has been described as a “respectful” and “constructive” manner. Sentiment within the company is viewed as passionate in terms of support for law enforcement as well as communities of color that have expressed fear of violence by law enforcement officers.

“We want to hear and listen to all employees, understand their point of view and be transparent about the actions and positions we are taking,” Mark Truby, chief communications officer at Ford, told the Free Press. “It’s a healthy dialogue.”

The Dearborn automaker has long-established itself in the law enforcement community as a trusted supplier of police cars and SUVs, which generate significant revenue for the automaker. The Police Interceptor, a highly modified Ford Explorer, is perhaps the most high profile current vehicle.

Ford provides about two-thirds of police vehicles in the U.S.

Discussions of civil rights are not viewed by employees solely as a Black issue at the 117-year-old company, which has a long history of investing in the Black community and providing job opportunities when others did not, said a source close to the situation who was not authorized to speak publicly.

Some workers circulated a letter asking the company to “cease development, production, and sale of all custom police vehicles and products,” according to The Verge, a technology news website.

“Other employees have since signed onto the letter (though it’s unclear how many) and they want the company to take some kind of action by July 15th,” according to Jalopnik, an automotive and transportation news website. “Our resources can and should be diverted to other forms of first response and public safety,” the employees wrote.

After days of internal questions, Hackett wrote to salaried employees about “whether Ford’s development of police vehicles is a good idea given the spotlight on social justice and police reform.”

“As we meet weekly in our Global Team Huddles, invariably there are questions that don’t get answered given the short time we have together or simply would be better addressed offline,” Hackett wrote.

The letter, obtained by the Free Press late Wednesday, read:

First, it should be clear both Bill Ford and I believe deeply that there is no room for the systemic repression and racism that have been exhibited by law enforcement encounters gone wrong. We’ve said clearly that Black Lives Matter and I am personally driving a review of our Diversity and Inclusion rituals, practices and behaviors. We do believe strongly that more transparency and accountability is required in police operations.

Second, we also believe the first responders that protect us play an extraordinarily important role in the vitality and safety of our society. Our world wouldn’t function without the bravery and dedication of the good police officers who protect and serve. But safety of community must be inclusive of all members and today, it is not.

Holding these two thoughts together in one’s mind is possible, but now there is tension. It’s our belief the recent issues surfacing from the George Floyd tragedy are bringing a very intensive and necessary spotlight on police training and reform. In fact, I sit on the Business Roundtable, an organization comprised of CEOs from America’s leading companies, which has committed its shared energy to the work on police training and reform.

All that said, I have received several emails from employees and others in the public, and have read comments in social media, imploring Ford to reconsider the production and sale of police vehicles. Given the environment, we must constantly make sure we are helping to make progress. After reflecting on this, I see two key lines of thought:

I.                    It’s not controversial that the Ford Police Interceptor helps officers do their job. The issues plaguing police credibility have nothing to do with the vehicles they’re driving. In fact, as we imagine the future power of our connected vehicles, smarter Ford vehicles can be used to not only improve officers’ ability to protect and serve, but also provide data that can make police safer and more accountable. Just think, dating back to the Model T, Ford has more than 100 years in serving first responders and that leadership over the decades has been earned by co-developing our purpose-built vehicles and technologies with police and emergency agencies to make our vehicles the number one choice for agencies.

II.                  By taking away our Police interceptors, we would be doing harm to their safety and making it harder for them to do their job. Again, this is why, given our insights, new capabilities and leadership, I believe these unfortunate circumstances present Ford with an even greater opportunity to not only innovate new solutions but leverage our unique position to support the dialogue and reform needed to create safer communities for all.

For these reasons we will do both: continue to be a powerful voice for Black Lives Matter, holding ourselves accountable for significant change, while also continuing to help keep communities safe by producing Police Interceptors and partnering with law enforcement in new ways to strongly support the safety for all members of society.

I do appreciate people speaking their mind to me on this issue — it helped me generate this note to explain why we are continuing our commitment to police forces all over the world in our trusted products.

On Wednesday, a Ford spokesman declined to comment on the letter, saying it addressed fully the company’s position.

Meanwhile, discussion within the company continues to simmer. A number of employees want Ford to somehow engage in constructive action that both supports the police and works to improve police safety. Others have said the company should somehow tie sales of police vehicles to reform plans or collaborate with police to enhance security measures in and around the vehicles, such as cameras.

The discussions have not been contentious, a Ford source close to the situation told the Free Press.

Video/Pics: US warship still on fire after 2 days – 59 injured