Battle of Gettysburg, deadliest battle of the Civil War, began 157 years ago

Cannons and monuments can be found all over the battlefield where Union and Confederate soldiers fought the Battle of Gettysburg. (DoD photo by Marine Corps Cpl. Cedric Haller/Released)
July 01, 2020 Ryan Morgan
Share
Tweet
Flip

The deadliest battle of the Civil War, began on July 1, 1863, in and around the town of Gettysburg, Pa.

The Battle of Gettysburg lasted until July 3 as the Union Army under Gen. George Meade faced off against the Confederate Army under General Robert E. Lee. The battle, which saw a decisive victory for the Union Army, has been referred to as the “high water mark of the rebellion” after which the Confederate forces increasingly went on the defensive and the course of the war turned towards the union.

By the end of the battle around 51,000 men on both sides of the fighting were either killed, wounded, captured or missing, according to estimates compiled by the National Park Service.

The deadly battle began as a skirmish around McPherson ridge and the National Park Service has a virtual tour series of the various stages of the battle. As Union cavalry ran into Confederate infantry near McPherson ridge, the skirmish began and grew into a larger battle.

Union forces eventually formed a defensive line around a stretch of hillside, referred to as “Big Round Top” and “Little Round Top.” 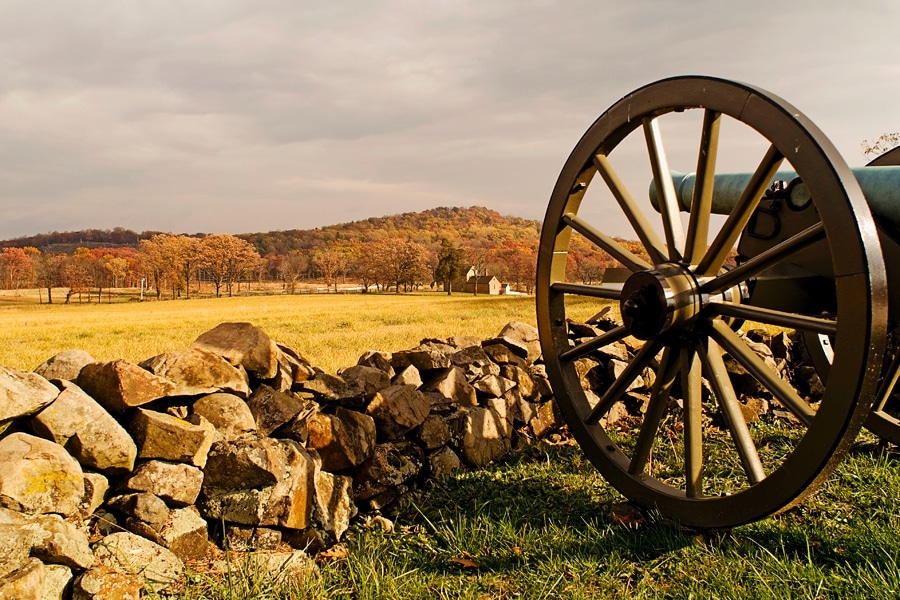 The Round Tops as seen from a southern cannon on South Confederate Avenue. (National Park Service photo/Released)

Gen. Lee planned to resume his attack on the third day, but Union forces continued to repel the Confederate attacks.

The “high water mark of the rebellion” is memorialized at a monument on the Gettysburg battlefield. The phrase specifically refers to a Confederate infantry assault on the third day, led by Maj. Gen. George Pickett – “Pickett’s Charge” – marking the deepest point the Confederate forces drove into the Union lines before the attack was repulsed and the battle came to a close. 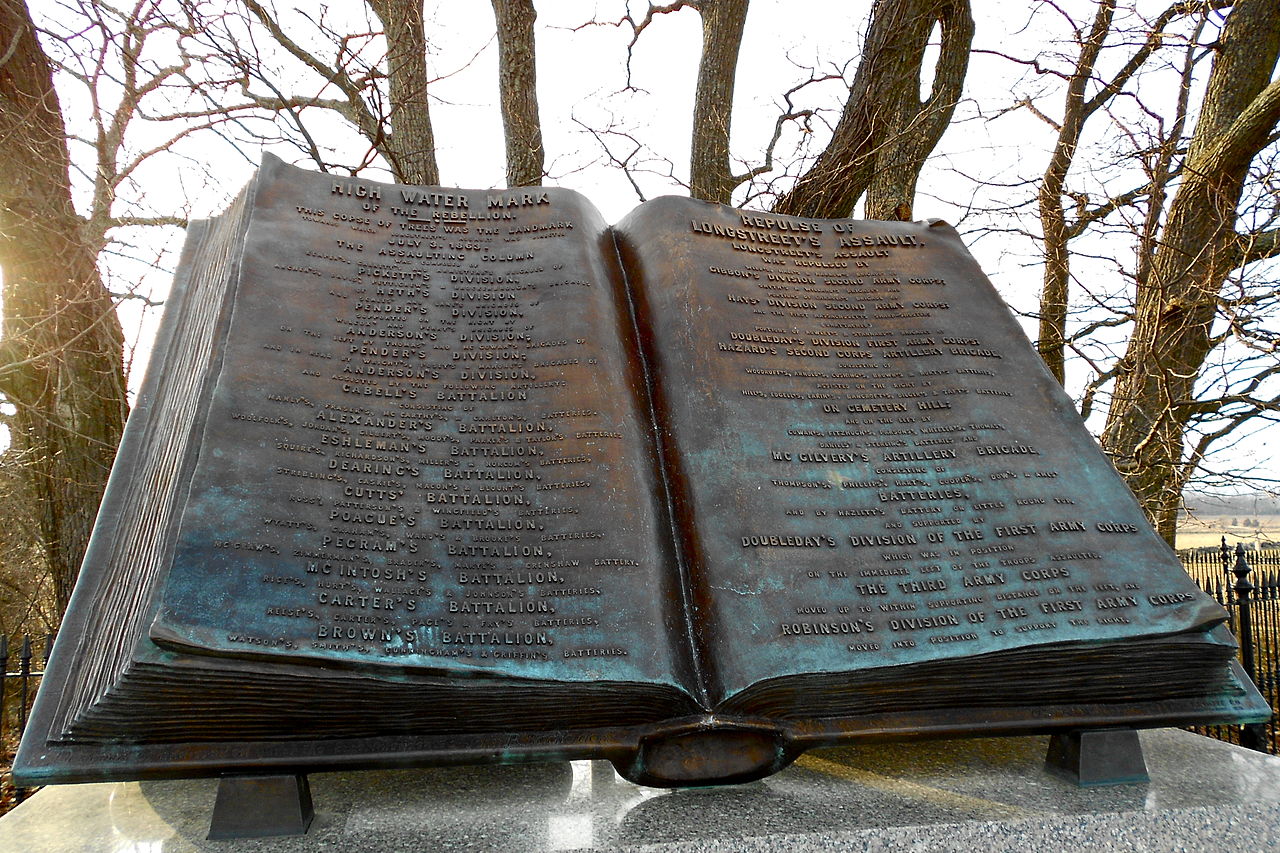 Lee, having observed the strength of the Union forces on the flanks of its formation, concluded the weakest point of the Union lines may be in the middle, along a part of the battlefield referred to as “Cemetary Ridge.” Pickett led the charge of 12,000 Confederate soldiers towards that point in the Union lines, but was repulsed by the Union defenses.

On Nov. 19, 1863, more than four months after the battle, President Abraham Lincoln delivered his famous “Gettysburg Address” at the dedication of the Gettysburg Soldier’s National Cemetery.