When the pandemic hit, Grunt Style’s team began to assess how the company and its customers would be impacted, but also how they could give back at a time when so many were devastated by the pandemic. Their solution was Operation Hero.

“It’s a multifaceted initiative,” Grunt Style CEO Glenn Silbert told American Military News. “We wanted to pay homage to modern day heroes – first responders, people on the front lines who are dealing with a lot of sacrifice, volunteers, anyone who is essential out there to keep the country moving forward.” 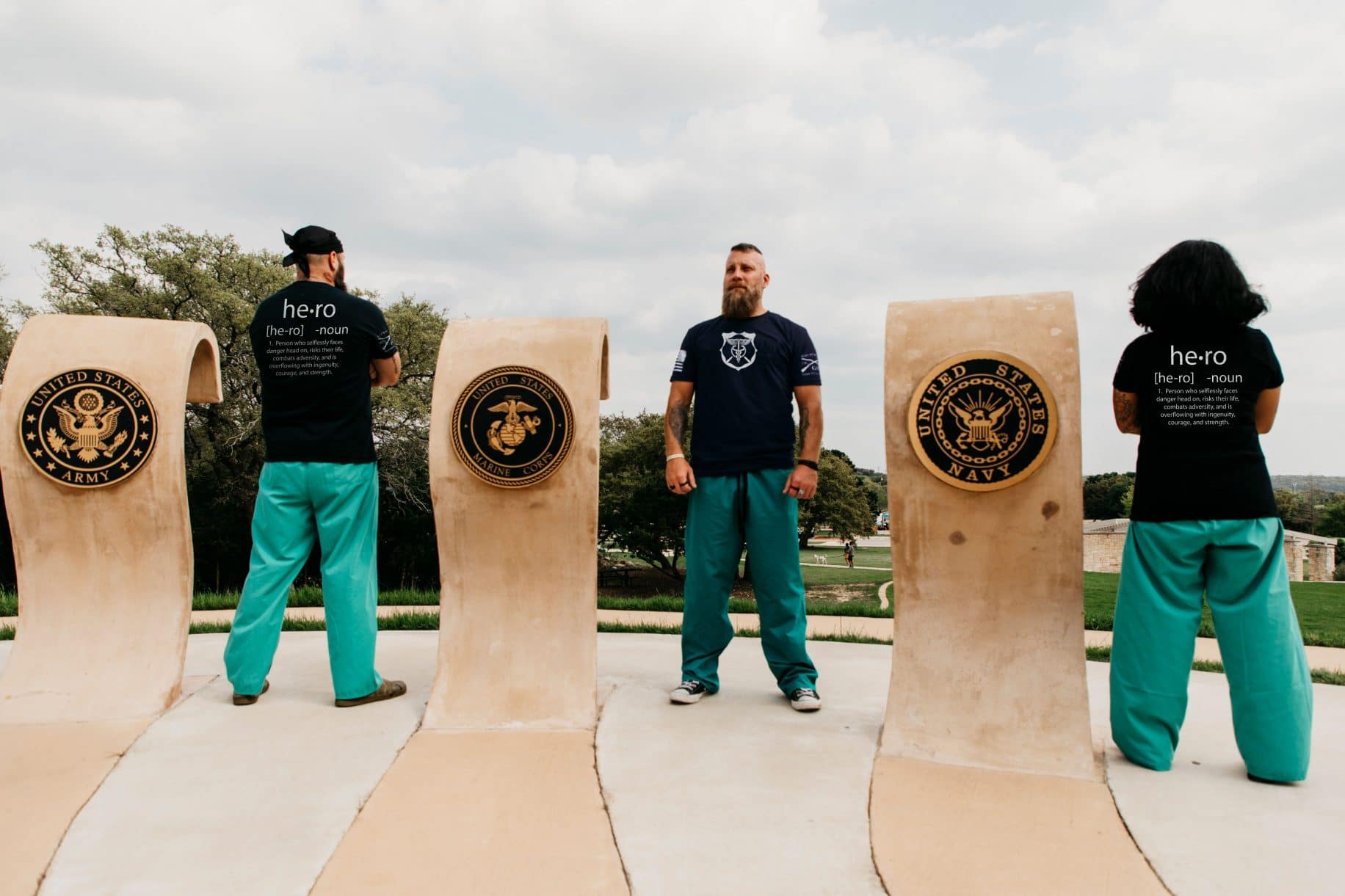 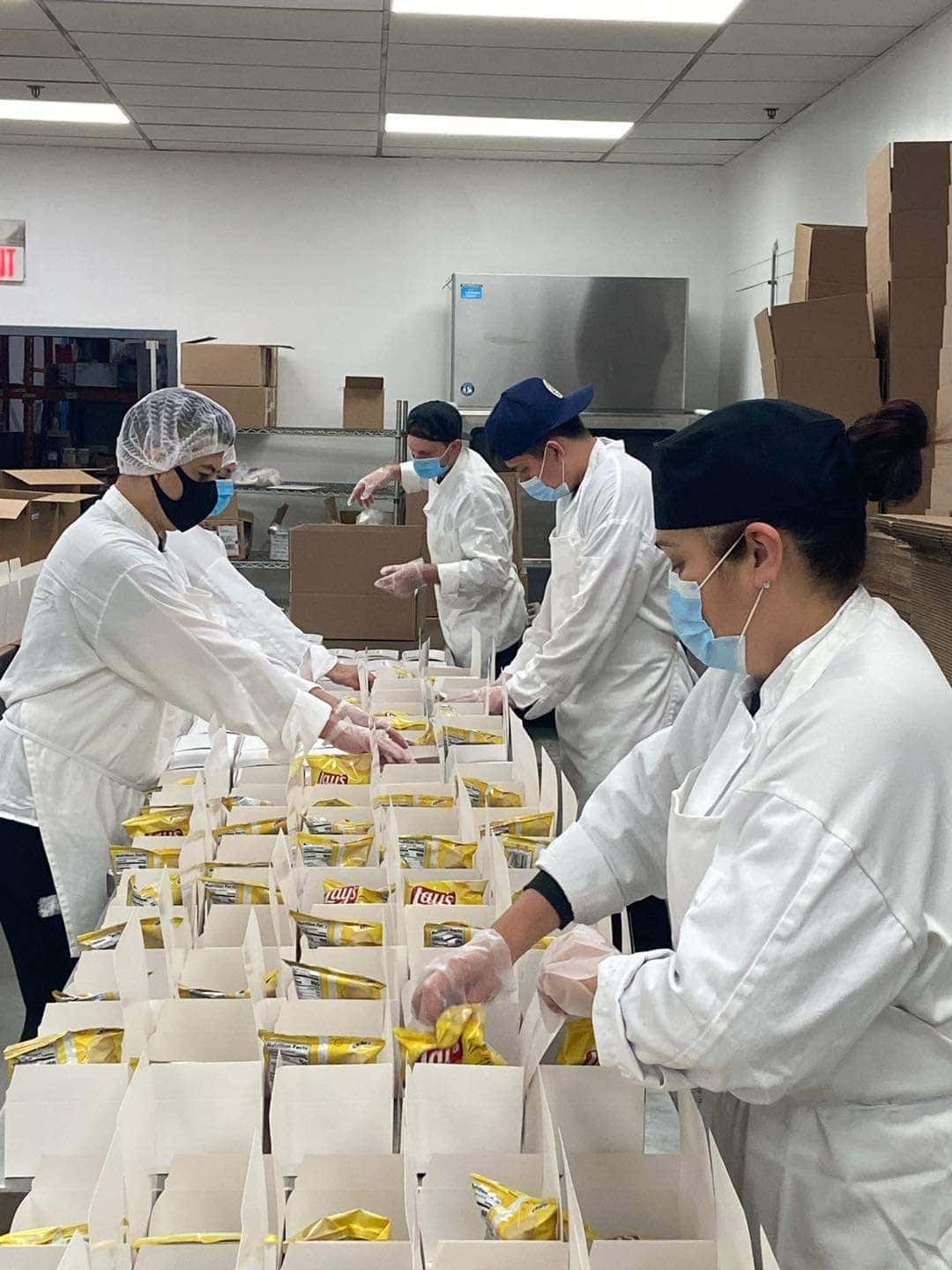 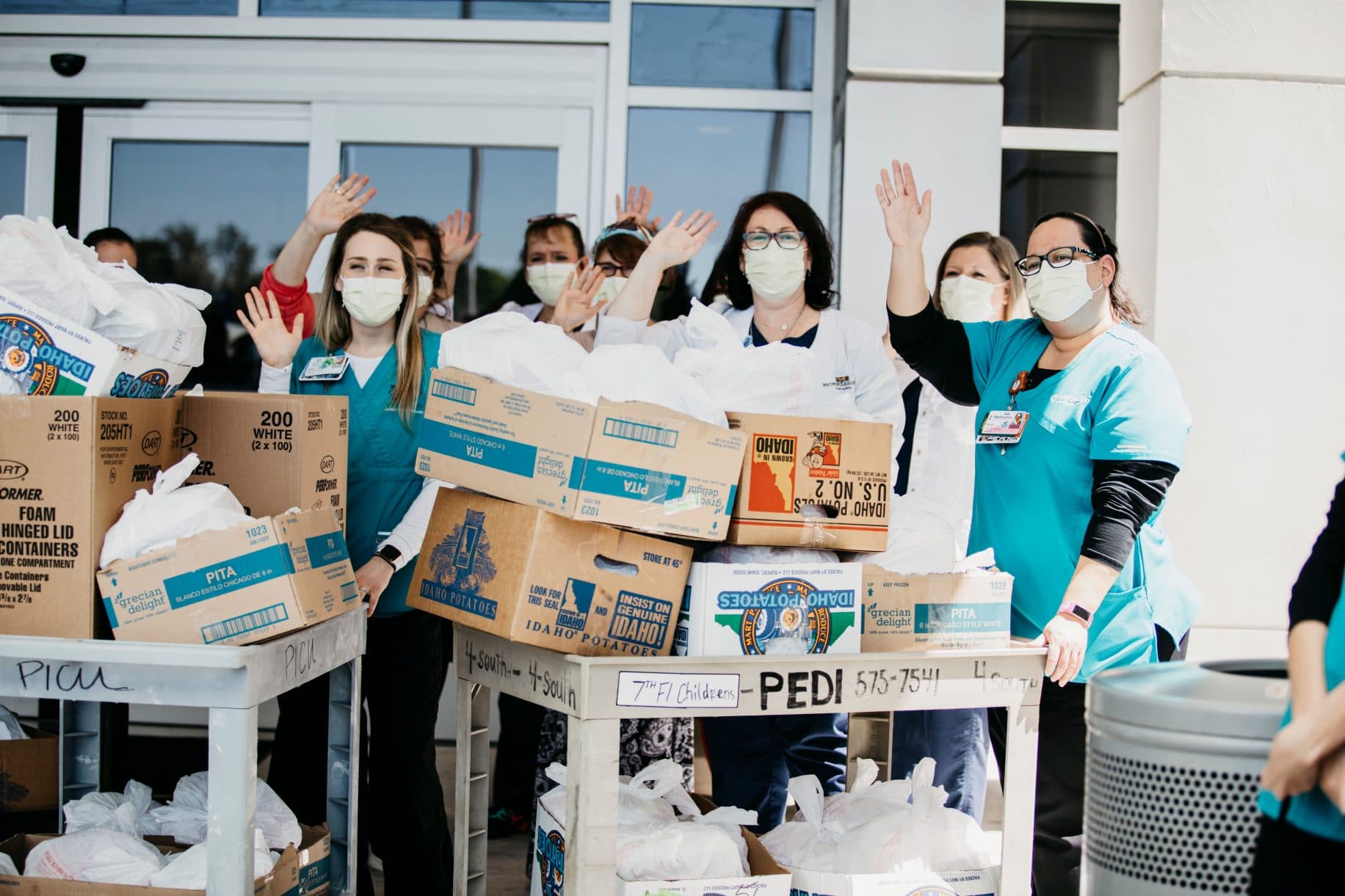 They also donated $25,000 to The Pillars Christian Learning Center in San Antonio to cover tuition costs for more than 200 families, many of which are essential workers. 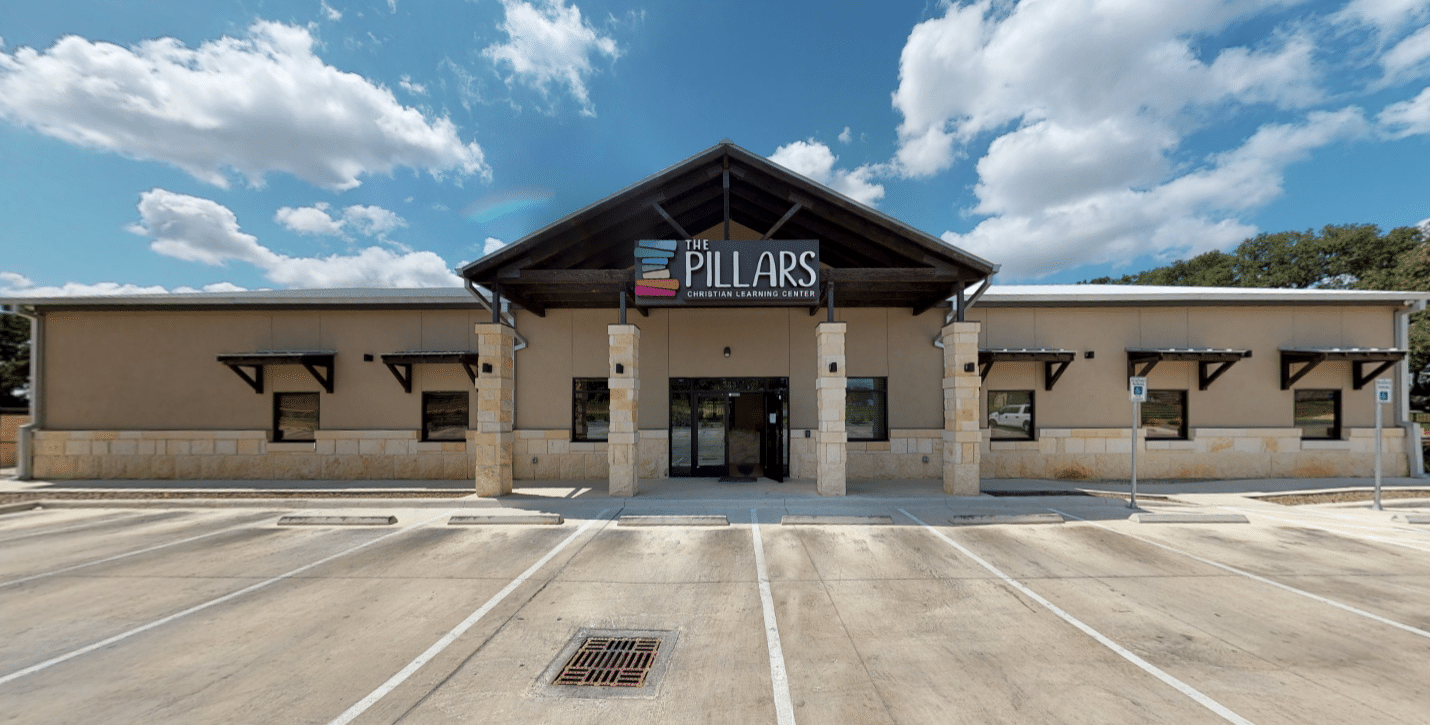 Grunt Style donated $25,000 to The Pillars Christian Learning Center in San Antonio, Texas to cover tuition costs for more than 200 families, many of which are essential workers. (Photo courtesy of Grunt Style)

“It’s important that we as a brand go out and show our audience that this is something important,” Grunt Style Chief Strategy Officer Tim Jensen told American Military News. “The reception of Operation Hero has been extraordinary.”

Silbert said the team was careful not to make their efforts a political conversation, or come off as choosing a side amid so much division.

“This was about looking for ways to help,” Silbert said. “Let’s be plain and simple and just help. Because we did that, people respected it. We were able to satisfy a broad range of people.” 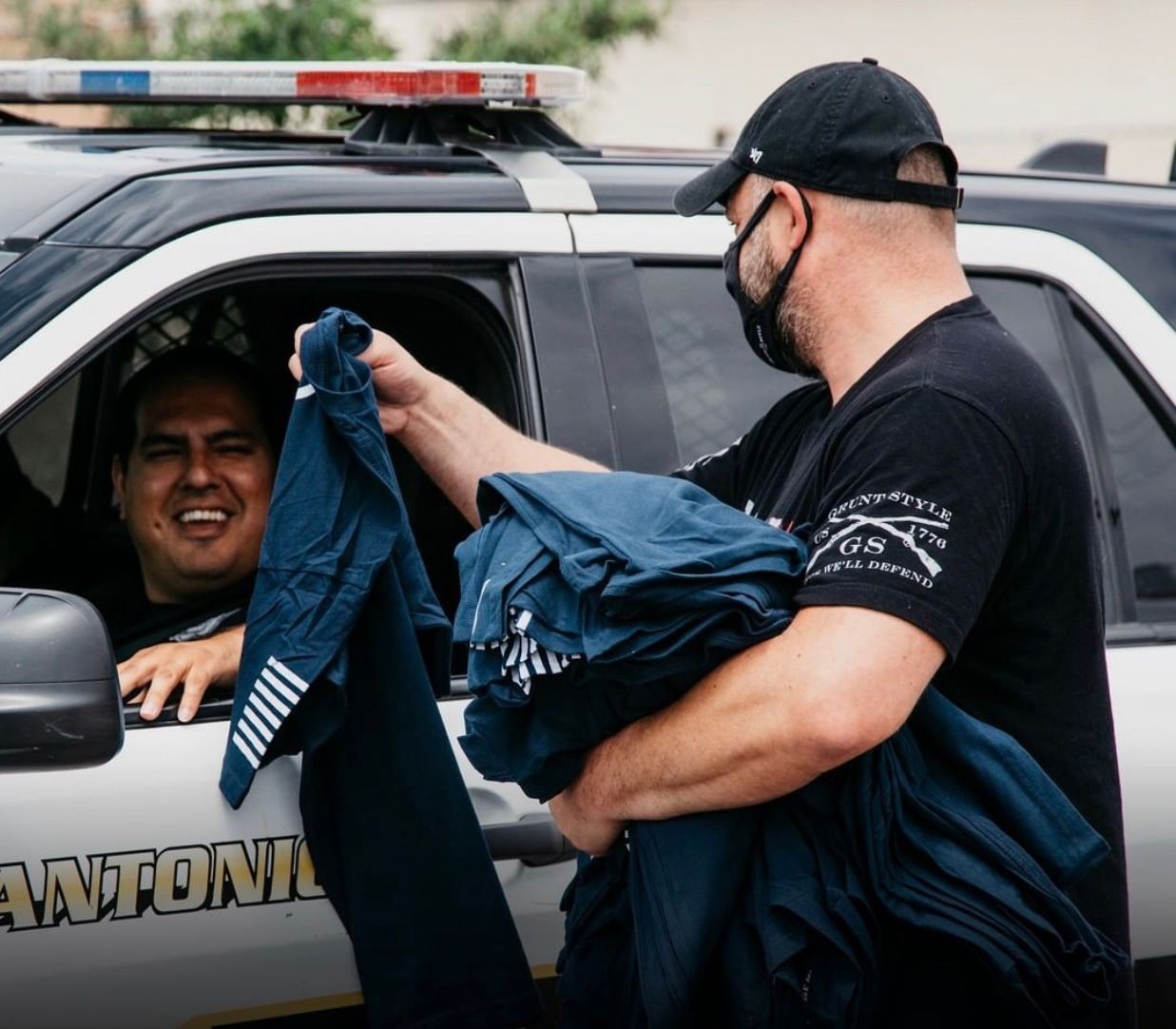 Grunt Style was fortunate to be able to continue its own operations despite some challenges they were focused on overcoming for the sake of their employees – around 400 of them, who are veterans and patriots.

“In every circumstance that brings tragedy or a sense of business panic, there’s also the tangible walkaways you learn about business,” Jensen said, adding that Grunt Style discovered new opportunities, new technologies, innovations with fulfillment and production, and more, all while keeping their employees working and strengthening the brand.

“It’s been a humbling experience,” Silbert said. “It hasn’t changed who we are or our culture. It’s made us stronger.”

The company was founded in 2009 by former Army drill sergeant Daniel Alarik. Alarik stepped down as CEO in February when Silbert – an expert in consumer products with brands like Macys, Carters, and Under Armor under his belt – took over to take Grunt Style to its next chapter of growth.

Grunt Style’s unapologetic patriotism, support for the military and the Constitution, and lack of a politically correct filter has attracted military members and civilians alike – and it just keeps growing. More than 10 years after its inception, the company has amassed more than 1 million Instagram followers and 2.8 million Facebook followers of like-minded America-loving veterans and patriots.

Grunt Style’s success has allowed the team to venture into efforts like Operation Hero, as well as other charitable efforts where they recognize the sacrifices of heroes. On Memorial Day, Grunt Style shut down its website and commerce and spent the day reading the names of fallen soldiers.

“That’s our foundation and what we stand for. We’ll continue to look for ways to innovate to bring a louder voice to that. If we’re successful, that will be the conversation every American can have,” Silbert said.

More recently, Grunt Style has partaken in advocacy on Capitol Hill. Jensen has personally worked alongside comedian Jon Stewart and veteran-run nonprofit group BurnPits360 over the past seven months in an effort to bring burn pits legislation to fruition. They are working on two pieces of legislation aimed at making adequate healthcare and other benefits and resources available for veterans exposed to toxic chemicals from burn pits.

Grunt Style’s culture of helping others has been invigorating and personally fulfilling for Silbert and Jensen.

“It’s an honor to be a part of the company and be given the responsibility to lead a team that has a value set focused on helping people,” Silbert said. “It always feels good to give, but when you’re giving for the right reasons and it’s organic – not just part of a strategy – that makes me feel great.”

“I lost a lot of friends in combat and I think they’re looking down and proud. I make sure I’m living a life they would be proud of,” Jensen said. “It’s an absolute blessing to be with Grunt Style.”