US should take in fleeing Hong Kong residents, senators say

A group of senators urged the U.S. to take in Hong Kong residents who want to flee the region because of Chinese government moves that may restrict the city’s autonomy.

“We write with great alarm regarding the continued efforts by the Chinese Communist Party to rule by fear and oppression,” the senators, led by Republican Todd Young of Indiana, wrote to Secretary of State Michael Pompeo. “Some Hong Kongers are no longer safe living there and are seeking refuge outside of the region.”

The six Republicans and one Democrat said that the U.S. should “provide an alternative for those who desire to live in a land that shares their democratic values, protects human rights and upholds the rule of law.” 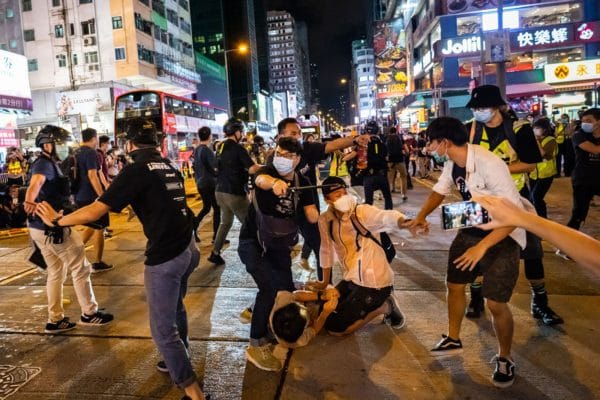 The sentiment may hold some appeal to the Trump administration. President Donald Trump retweeted a July 4 post by Republican Sen. Tom Cotton of Arkansas calling on the administration to “prioritize the admission of persecuted Hong Kongers to the United States.”

Pompeo has said the administration is considering the move, telling Marc Thiessen and Danielle Pletka on an American Enterprise Institute podcast this month that “we’re taking a look at it.”

“I don’t know precisely how it will play out,” Pompeo said. “The British have, as you know, a different relationship. A lot of these folks have British national passports. There’s a long history between Hong Kong and the United Kingdom; it’s very different. But we’re taking a look at it.”

U.K. Prime Minister Boris Johnson has said he will give as many as 3 million residents of his nation’s former colony the chance to seek refuge in the U.K. as China presses ahead with a new national security law.

In addition to Young and Cotton, the letter is signed by GOP Sens. Kevin Cramer of North Dakota, Jerry Moran of Kansas, Kelly Loeffler of Georgia and John Boozman of Arkansas. Oregon Sen. Jeff Merkley, a Democrat, also joined in.