Russian fighter jets were recently deployed to Libya in order to support Russian state-sponsored private military contractors (PMCs) operating on the ground there. The Russian fighter aircraft arrived in Libya, from an airbase in Russia, after transiting Syria where it is assessed they were repainted to camouflage their Russian origin. (U.S. Africa Command/Released)
June 18, 2020 Ryan Morgan
Share
Tweet
Flip

Photos shared by AFRICOM purports to show the silhouette of a Su-24 landing at an airfield in Libya. 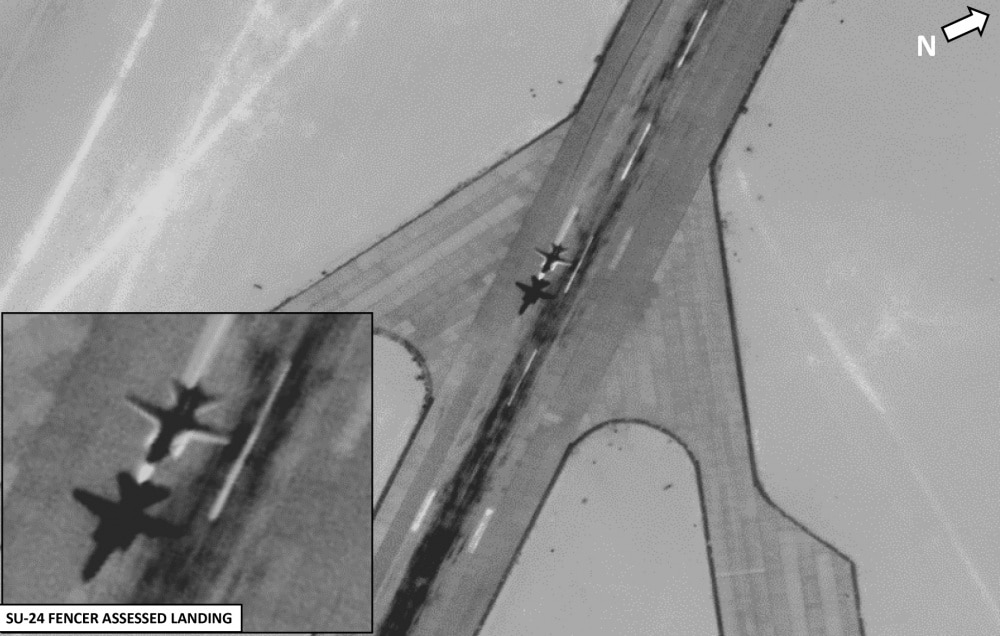 The latest development comes after the Russian aircraft were spotted in late May being transferred over to Libya by way of Syria.

AFRICOM spokesman Col. Chris Karns suggested that the aircraft being operational helps to confirm they were transferred to Libya in recent weeks.

“We know these fighters were not already in Libya and being repaired,” Karns, said. “Clearly, they came from Russia. They didn’t come from any other country.” 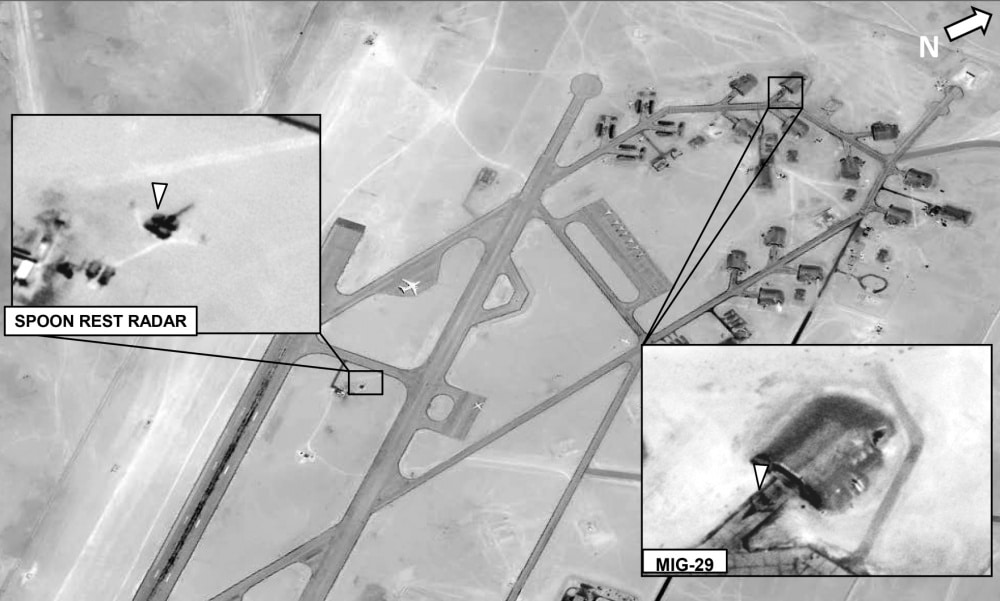 The Russian aircraft are being used by Russian private military companies (PMCs), to support a pro-Russian Libyan warlord, Khalifa Haftar and his and his Libyan National Army (LNA), to overthrow the Libyan Government of National Accord (GNA).

The GNA was established after the overthrow of Muammar Gaddafi’s regime and holds a capital in Tripoli. The U.S. has recognized the GNA as the legitimate Libyan government, while Russia has backed Haftar’s rival claim to power, headquartered in Tobruk.

AFRICOM has previously assessed Haftar and one particular pro-Russian PMC, the Vagner Group do not have the means to operate and maintain such Russian fighter jets on their own, requiring the support of the Russian government.

“There is concern these Russian aircraft are being flown by inexperienced, non-state PMC mercenaries who will not adhere to international law; namely, they are not bound by the traditional laws of armed conflict,” said U.S. Marine Corps Brig. Gen. Bradford Gering, director of operations for AFRICOM.

Gering assessed the arrival of the Russian aircraft comes as the Russian-backed forces are seeking to overthrow the Tripoli government under the GNA and gain control of Libya.

“Russia continues to push for a strategic foothold on NATO’s southern flank and this is at the expense of innocent Libyan lives,” Gering said.

Russia has denied the claims it was responsible for shipping the aircraft.

“Russia has relentlessly stuck to a narrative of implausible denials in the media,” Karns said. “It’s difficult to deny facts. Russian interference and masking of activity in Libya is visible and delaying progress. Progress the people of Libya deserve.