On the 70th anniversary of the Korean War, vets urge remembrance

A memorial at the St. Petersburg home of Bill Slavins, a retired Army lieutenant colonel who served in the Korean War. At the time Slavins made the memorial, he knew of 19 confirmed deaths from the battle he was in. He said on Tuesday he has since learned that the number of lives lost was 30. (MARTHA ASENCIO RHINE/Times/TNS)
June 25, 2020 Ileana Najarro - Tampa Bay Times
Share
Tweet
Flip

Retired Army Lt. Col. William “Bill” Slavins made a plaque for his home in Seminole a few years ago to memorialize the men from his company who were lost in combat one night in the Korean War.

It was June 13, 1952. Enemy fire was strong on what was known as T-Bone Hill. Slavins remembers an explosion, the feeling of his body lifting up into the air from the blast, and then landing back on the ground. His left ankle was behind his left shoulder.

It was the injury that sent Slavins back to the U.S. for treatment. It was the battle that took his men’s lives. It was a war that Slavins, 92, and others hope that people will remember.

“It shows how we helped other countries,” Slavins said. 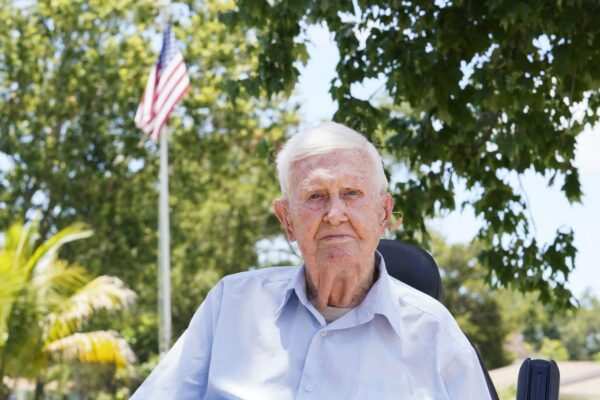 Retired Army Lt. Colonel Bill Slavins, who served in the Korean War, poses for a portrait at his home on Tuesday in St. Petersburg.
(MARTHA ASENCIO RHINE/Times/TNS)

Thursday marks the 70th anniversary of the start of the Korean War. Veterans of the conflict are getting older, and others have passed away, driving home the importance of honoring their memories now, said Jongwoo Han, founder and president of the Korean War Legacy Foundation, based in New York.

“In five years, most of them will disappear from the earth,” said Han, originally from South Korea. “It’s very important to preserve their memory.”

About 400,000 U.S. survivors of the Korean War remain today, said Air Force veteran Paul Cunningham, 90, who is president of the national Korean War Veterans Association, based in Illinois.

The Korean War doesn’t garner the same attention as World War II, which preceded it, or the Vietnam War, which followed. But it should be remembered as a victory, Cunningham added.

The conflict began on June 25, 1950, after North Korea, with support from the Soviet Union, invaded South Korea. U.S. military forces and others entered the war on the side of South Korea.\ 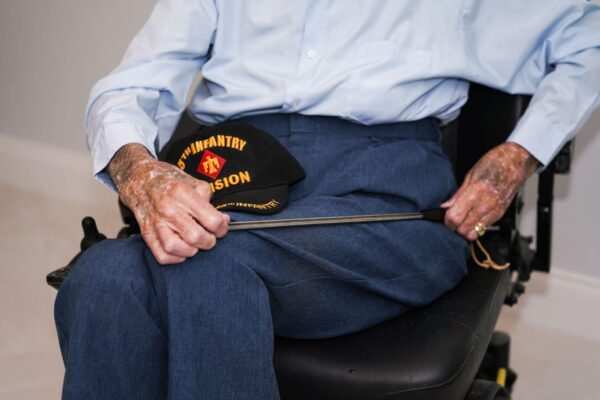 Bill Slavins, a retired Army lieutenant colonel who served in the Korean War, poses while holding a large needle that was implanted in his left thigh during the Korean War and removed at Walter Reed Hospital upon his return. Slavins keeps the rod-like needle as a memento at his home in St. Petersburg.
(MARTHA ASENCIO RHINE/Times/TNS)

“This was an action to stop the spread of communism,” Cunningham said.

He, Slavins and others remark on how much progress South Korea has made since their tours of duty in the war. They point to the country’s economic power and modern democracy as evidence that their fight was worth it.

And they feel honored at how South Korea has continued to express its gratitude to those who served. Most recently, the Republic of Korea donated half a million protective masks to be distributed among U.S. veterans for protection against the spread of COVID-19.

“We will use it to carry out our solemn mission of caring for our veterans,” said Department of Veterans Affairs Sec. Robert Wilkie in a statement. “It is also a sign of the deep and ongoing respect our two nations have for each other — cemented nearly 70 years ago in a time of war and great crisis.”

Han, of the Korean War Legacy Foundation, has collected and analyzed about 1,500 interviews with veterans from around the world who served in the war, as well as about 10,000 artifacts from these veterans.

But to Han, it’s not enough to simply gather all the stories. His nonprofit also has worked with teachers and institutions like the National Council for Social Studies to publish lesson plans about the Korean War for elementary, middle and high school students.

In Homosassa, Richard Kwiecienski, 86, a Marine Corps veteran of the Korean War, helped coordinate a memorial event at the Marguerita Grill on Thursday to honor those who served in the conflict.

Kwiecienski will present and discuss a poster he designed honoring survivors, fallen comrades, those were were wounded, those missing in action and prisoners of war, as well as those who continue to defend South Korea’s northern border, he said.

Back in his Seminole home, Slavins noted that his memorial plaque references only 19 deaths in his company at T-Bone Hill, as that was the information he had at the time. It wasn’t until years later, he said, that he confirmed it was 30.

In remembering the loss, Slavins has one thing to say about how to keep going.

“You have to believe in prayer,” he said.