Photos were released of North Korea’s demolition Tuesday of a liaison office it jointly operates with South Korea, a sign of escalating tensions between the neighboring nations.

The office building, located in the North Korean border town of Kaesong, was erected just two years ago, in 2018, to serve as a breeding ground for diplomacy between the two countries. 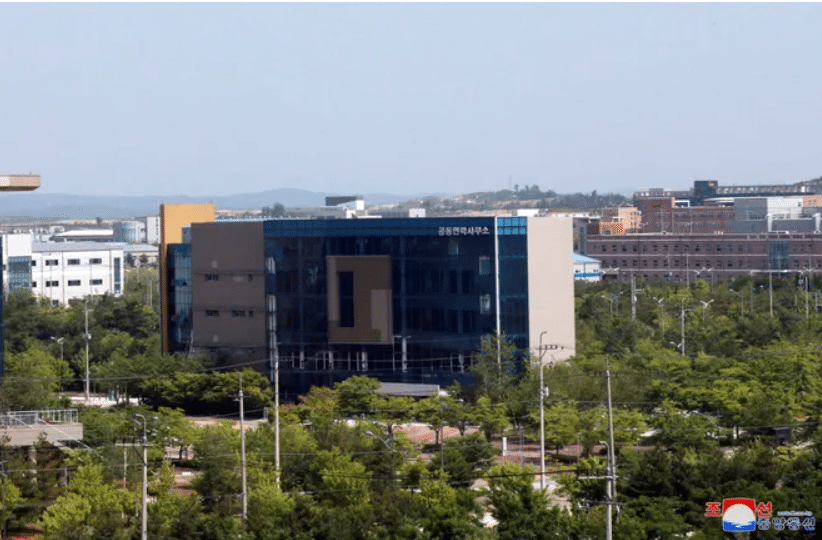 The building was reportedly empty at the time of the explosion.

The leveling of the building comes after Pyongyang officials have repeatedly warned their southern counterparts against sending anti-North Korea propaganda leaflets across the border via balloons and drones. 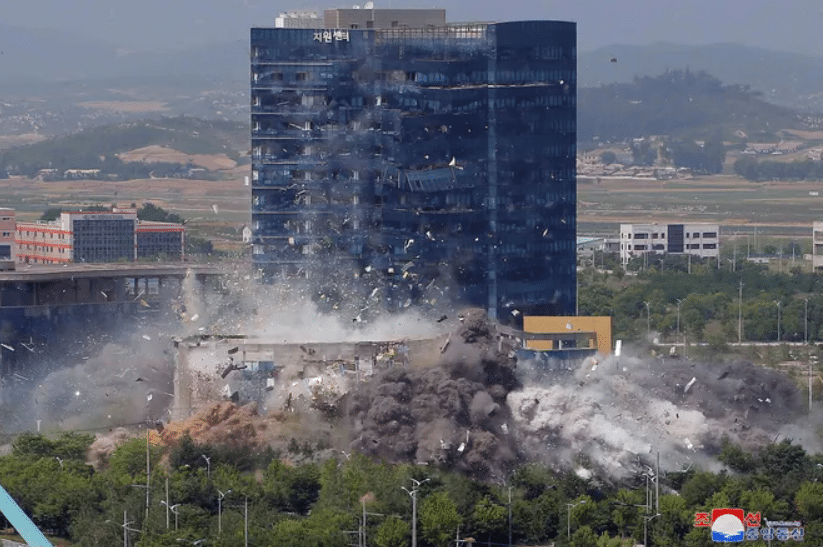 North Korea said Friday that it was dropping all efforts to pursue a diplomatic relationship with the United States, saying all hope for peace along the Korean peninsula had “faded away into a dark nightmare.”

Pictures from Tuesday’s demolition were released by the North Korean government. 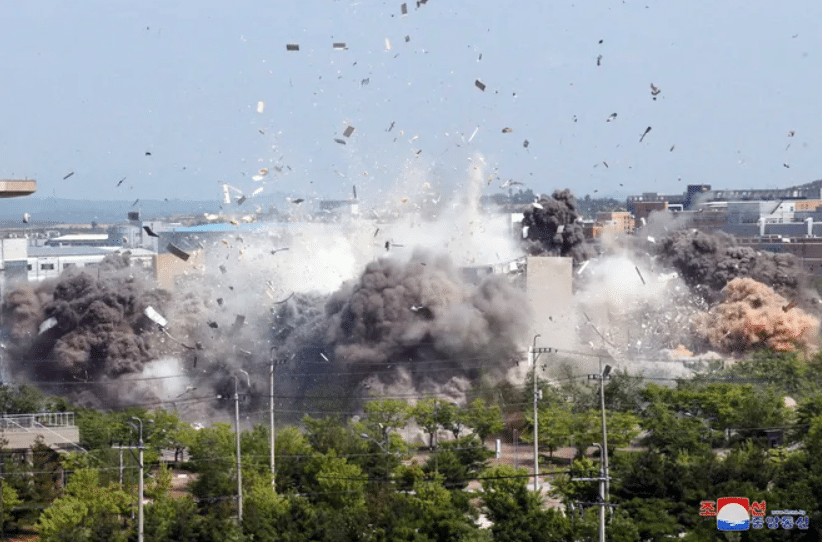 North Korea previously cut all communications with South Korea. The four-story glass-and-steel liaison building sits just inside North Korea’s side of the border. Over the weekend, Kim Yo Jong, the sister of North Korea’s leader Kim Jong Un, threatened to send troops into the demilitarized zone that separates North Korea from South Korea.

Tuesday’s action follows a statement from North Korea saying that it was formally abandoning attempts to pursue diplomatic relations with the White House because of “hypocritical” and “empty promises” made by President Donald Trump. The statement by Foreign Minister Ri Son Gwon was made on the second anniversary of Trump’s historic handshake with North Korea’s leader Kim Jong Un at a summit in Singapore.

North Korea has demanded immediate economic sanctions relief in return for starting the process of dismantling its nuclear weapons program. Trump has been unwilling to meet that demand, leading to the gridlocked denuclearization negotiations.

Man kicked off American Airlines flight for not wearing mask

FBI used a Philly protester’s Etsy profile, LinkedIn, other posts to charge her in arson