The case of an 85-year-old U.S. Army veteran who was found buried in a shallow grave has returned to the Erie County Courthouse two years after his death and a year after his two caretakers were sentenced to state prison for causing his demise.

The case of the veteran, Vincent Force, has become a civil matter, with his nephew filing a negligence lawsuit against the two caretakers and the Greater Erie Community Action Committee. 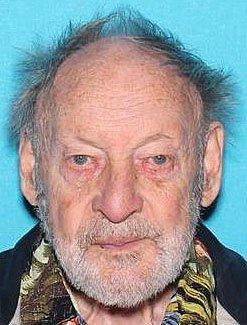 The body of Vincent Force, 85, was found in a shallow grave in west Erie on July 14, 2018. [CONTRIBUTED PHOTO/Erie Times News/TNS)

The nephew, Richard Force, is contending that the caretakers, Antonio McLaurin and Elizabeth Taylor, were responsible for his uncle’s death by providing “little or no care” for him him and by ignoring warnings that his life was in danger due to health problems including bedsores. Vincent Force also had dementia.

Richard Force is claiming that GECAC and an affiliate, the Greater Erie Economic Development Corp., were negligent in failing to adequately care for Vincent Force through GECAC’s adult protective services program.

“The negligence and gross negligence of Defendant GECAC was the direct and proximate cause of Vincent Force’s suffering and ultimate death,” according to the lawsuit, which Richard Force’s lawyer, Anthony Andrezeski, filed on June 5.

Andrezeski announced the filing of the suit in a news release about a ceremony he planned to hold in honor of Vincent Force on Thursday, two years after the date of his death. Richard Force is the administrator of his uncle’s estate, according to the suit. The statute of limitations for negligence suits in Pennsylvania is two years.

GECAC just received the lawsuit and is reviewing it, the nonprofit’s associate vice president for operations, Kimberly McCaslin, said in an email on Thursday. She said GECAC had no comment.

Vincent Force’s body was wrapped in plastic and buried in a shallow grave behind the West Fifth Street apartment house, between Myrtle and Sassafras streets, where he’d been living with McLaurin and Taylor, in the summer of 2018.

McLaurin, 35, and Taylor, 30, pleaded guilty to third-degree murder and a second-degree misdemeanor count of abuse of a corpse and were sentenced in July 2019 to six to 15 years in state prison. They were accused of causing Force’s death by neglect and mistreating his body by burying it. The Erie County Coroner’s Office ruled that Force died of malnutrition and bedsores.

Force came into the care of Taylor and McLaurin after his previous caretaker, who was not a relative, was sentenced to prison in 2017, according to the lawsuit and evidence in the criminal case. Taylor and McLaurin also were not related to Force, and the pair had no medical training.

Force before his death had been unaccounted for since at least May 29, when an employee of the GECAC’s Older Adult Protective Services received a report that Force was being neglected and exploited, according to evidence in the criminal case. That report led to a series of events, including GECAC filing a missing person report, that ended with police charging McLaurin and Taylor.

In September 2018, the Veterans of Foreign Wars Post 470 in Erie held a military funeral for Vincent Force, who served in the Korean War. Richard Force attended the ceremony and attended the sentencing for Taylor and McLaurin.

“He was very much involved in his uncle’s life,” Andrezeski said. “And then his uncle disappeared and he couldn’t find him.”

Andrezeski said the lawsuit was warranted because of what he described as Vincent Force’s lengthy, cruel and painful death.

“I am not going to let this go,” Andrezeski said.