The Houston Chief of Police has no interest in commentary from President Trump, who recently threatened to use the military as a means to quell unrest sparked by the in-custody death of George Floyd last week.

“On behalf of the police chiefs in this country, if you don’t have anything constructive to say, keep your mouth shut,” Chief Art Acevedo told CNN’s Christiane Amanpour.

“Because you’re putting men and women in their early 20s at risk,” he added. “It’s not about dominating, it’s about winning hearts and minds. And let’s be clear, we do not want people to confuse kindness with weakness, but we do not want ignorance to ruin what we’ve got here in Houston.” 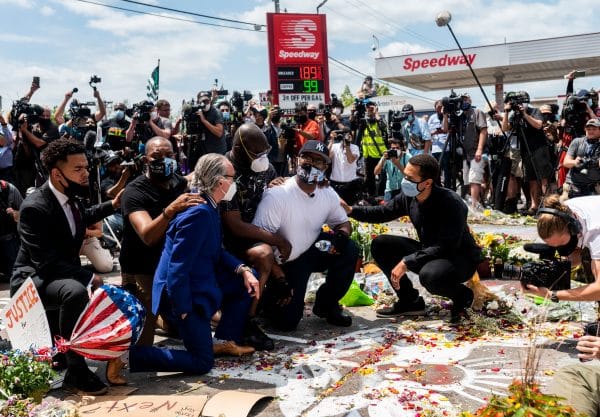 Terrence Floyd, center, attends a vigil where his brother George Floyd was killed by police one week ago on June 1, 2020 in Minneapolis, Minnesota.
(Stephen Maturen/Getty Images/TNS)

Acevedo’s remarks are in response to President Trump’s warning to governor’s earlier this week, demanding they put an end to violence and looting in their cities following the death of 46-year-old Floyd as well as other instances of racism and police brutality.

Video leaked online, which shows Minneapolis Police Officer Derek Chauvin kneeling on Floyd’s neck, has triggered eight straight days of protests across America and in some nations beyond. While many demonstrations have been peaceful, there have been repeated instances of looting, rioting and violence in several major cities, prompting the president to issue his stern call to local leadership. 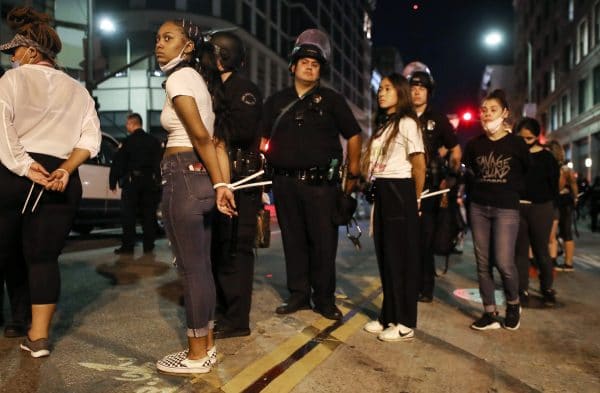 Women are arrested downtown by police after curfew went into effect during demonstrations over George Floydu2019s death on June 2, 2020 in Los Angeles, California. Around 150 protesters were arrested in the area after the emergency 6:00 p.m. curfew took effect.
(Mario Tama/Getty Images/TNS)

Acevedo acknowledged that while the current climate does not necessarily lend itself to silence, keeping quiet beyond constructive criticism and advice is among “the basic tenets of leadership.” 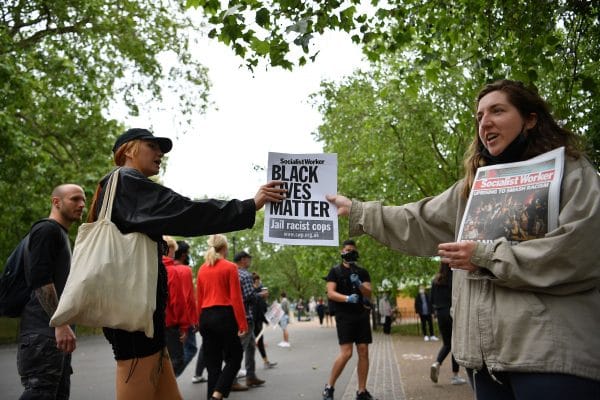 A woman handing out the Socialist Worker hands a “Black Lives Matter” copy to another woman during a Black Lives Matter protest in Hyde Park on June 2, 2020 in London, England.
(Justin Setterfield/Getty Images/TNS)

“We need leadership now more than ever. And it hurts me to no end because whether we vote for someone or we don’t vote for someone, it’s still our president, but it’s time to be presidential and not try to be like you’re on ‘The Apprentice,’” he continued.

“This is not Hollywood, this is real life, and real lives are at risk.”