The B-2 Spirit bomber took its first flight more than three decades ago, and despite it being around for quite some time, it is still considered one of the world’s most feared aircraft. It remains one of the United States’ most mysterious weapons, and has traveled all around the world, including Kosovo, Iraq, and Afghanistan. This military aircraft is the only known stealth bomber in the world, and can enable itself to be undetected by enemy radars.

When created, the B-2 was originally intended to carry nuclear bombs deep into Soviet territory by evading detection, which remains one of its most appealing attributes. It has a long range, which means it has the ability to both fly deep into enemy territory and return home. With the collapse of the Soviet Union and the end of the Cold War, the B-2 has been used to drop non-nuclear bombs. The B-2 has been recently placed in bases in the Pacific as part of a strategy for potential threats from China.

Here are seven amazing high-resolution photos of this incredible aircraft.

On Jan. 17, 2019, Joint Base Pearl Harbor-Hickam in Hawaii hosted a training mission for deployment preparation. Pictured here is just one of three B-2 bombers, which deployed here with 200 airmen in support of U.S. Strategic Command’s Bomber Task Force mission. 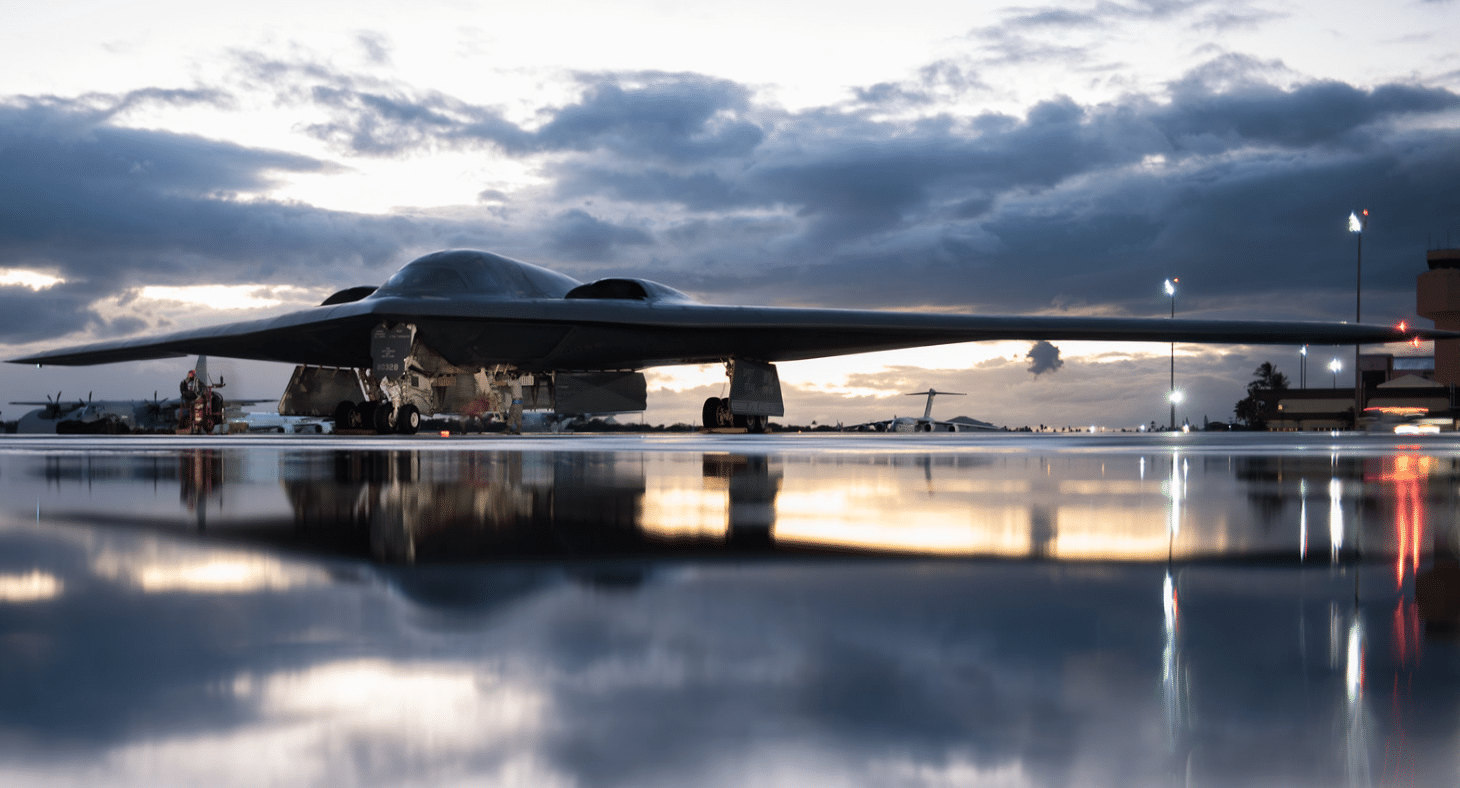 Whiteman Air Force Base in Missouri held a training mission on Feb. 20, 2014, which hosted both the B-2 Spirit, and a T-38 Talon seen flying in formation. 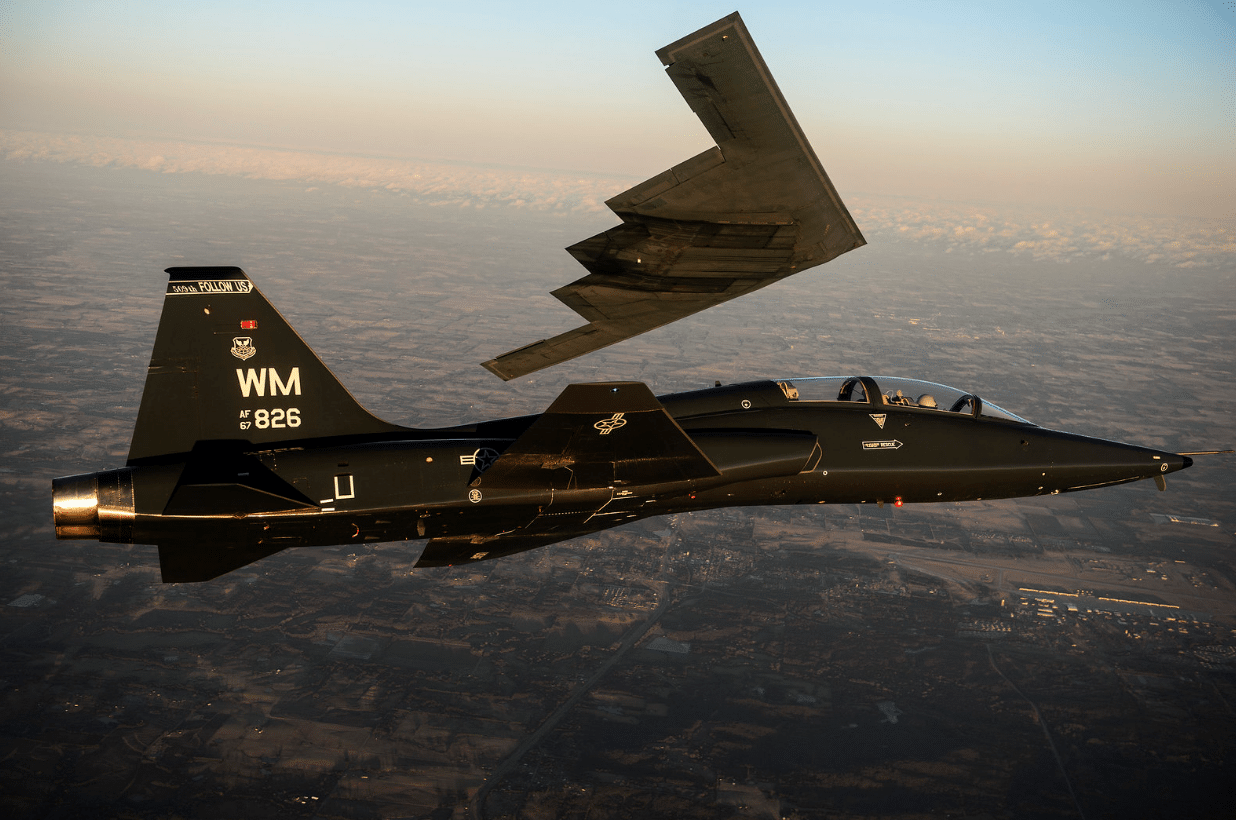 On June 11, 2014, The B-2 conducted training flights and regional familiarization over the North Atlantic Ocean. The U.S. European Command area of operations conducted this training. 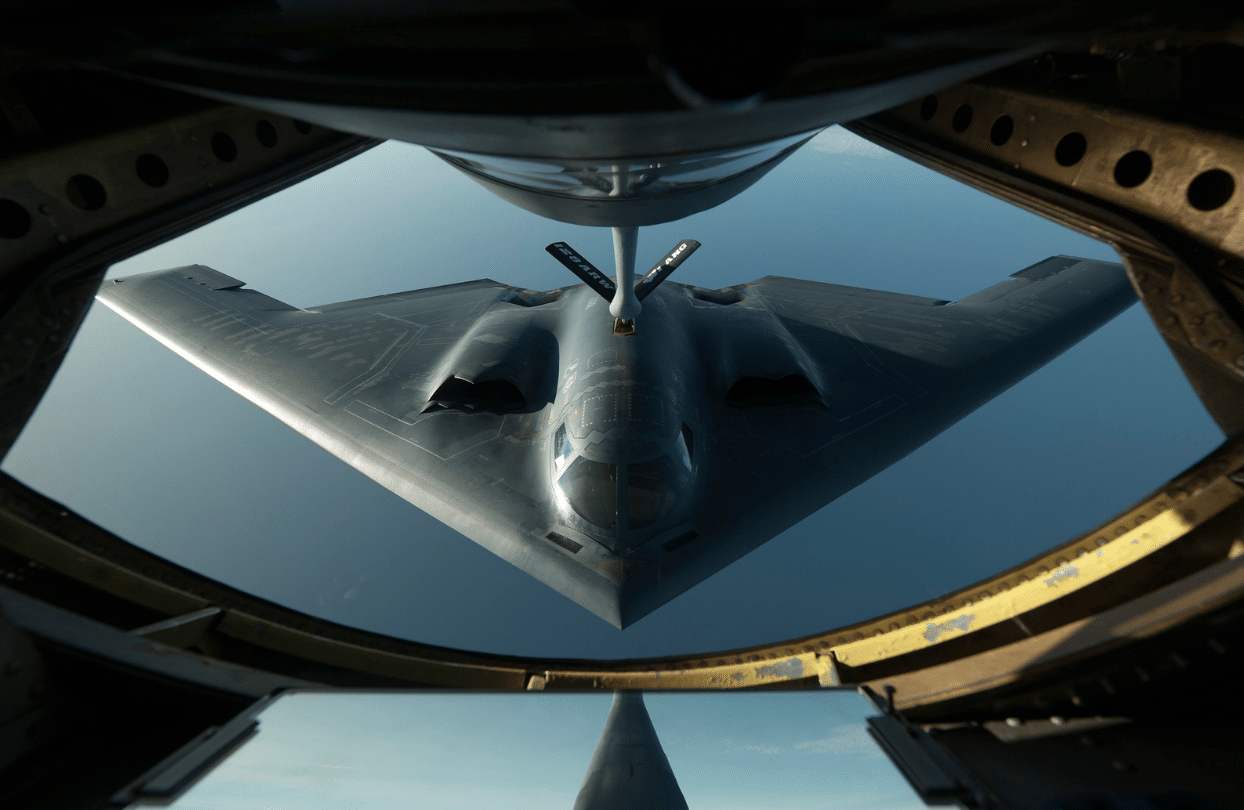 A B-2 Spirit takes off during the two-week training exercise “Red Flag” at Nellis Air Force Base in Nevada. 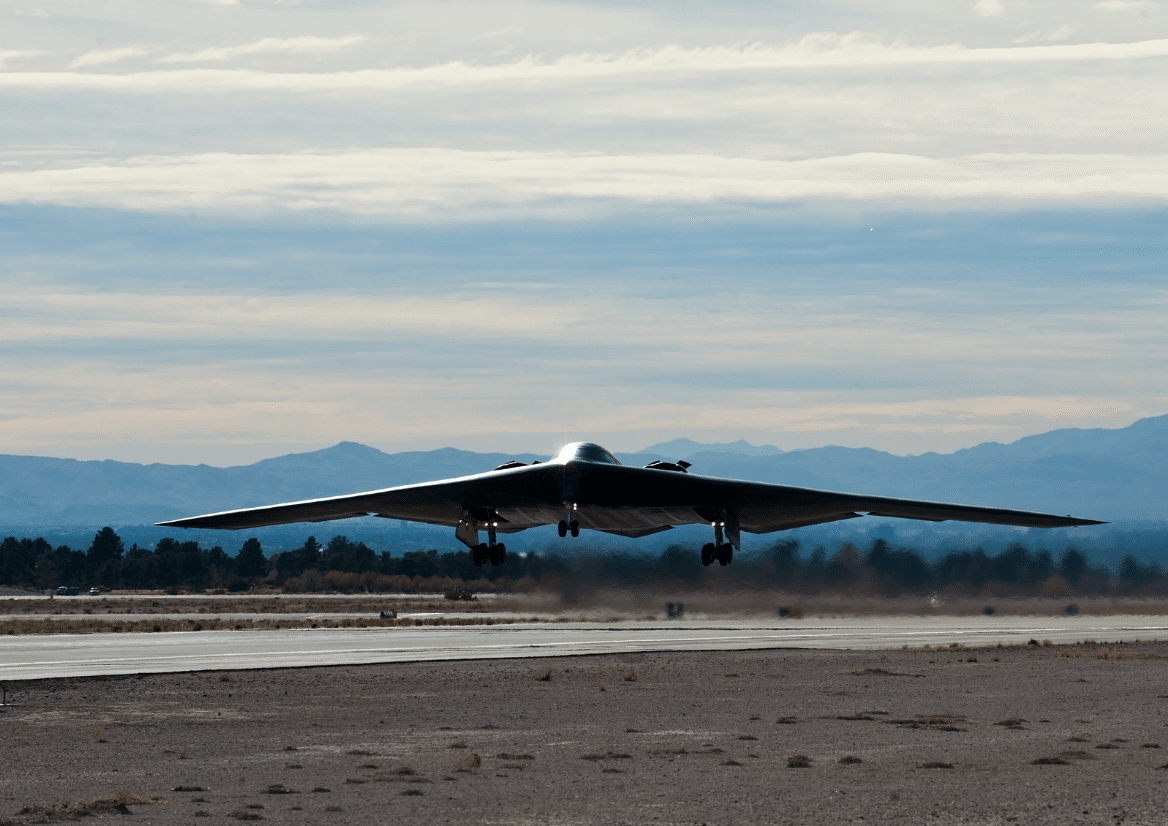 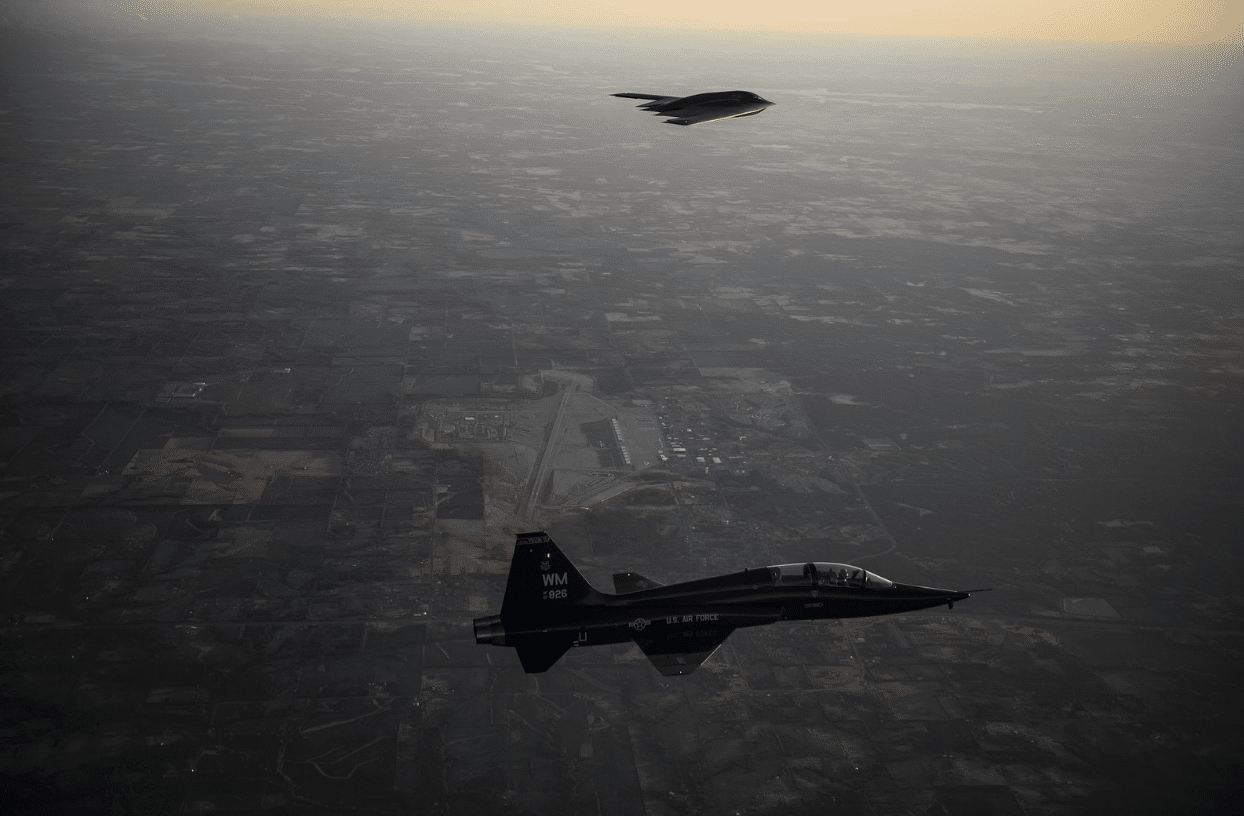 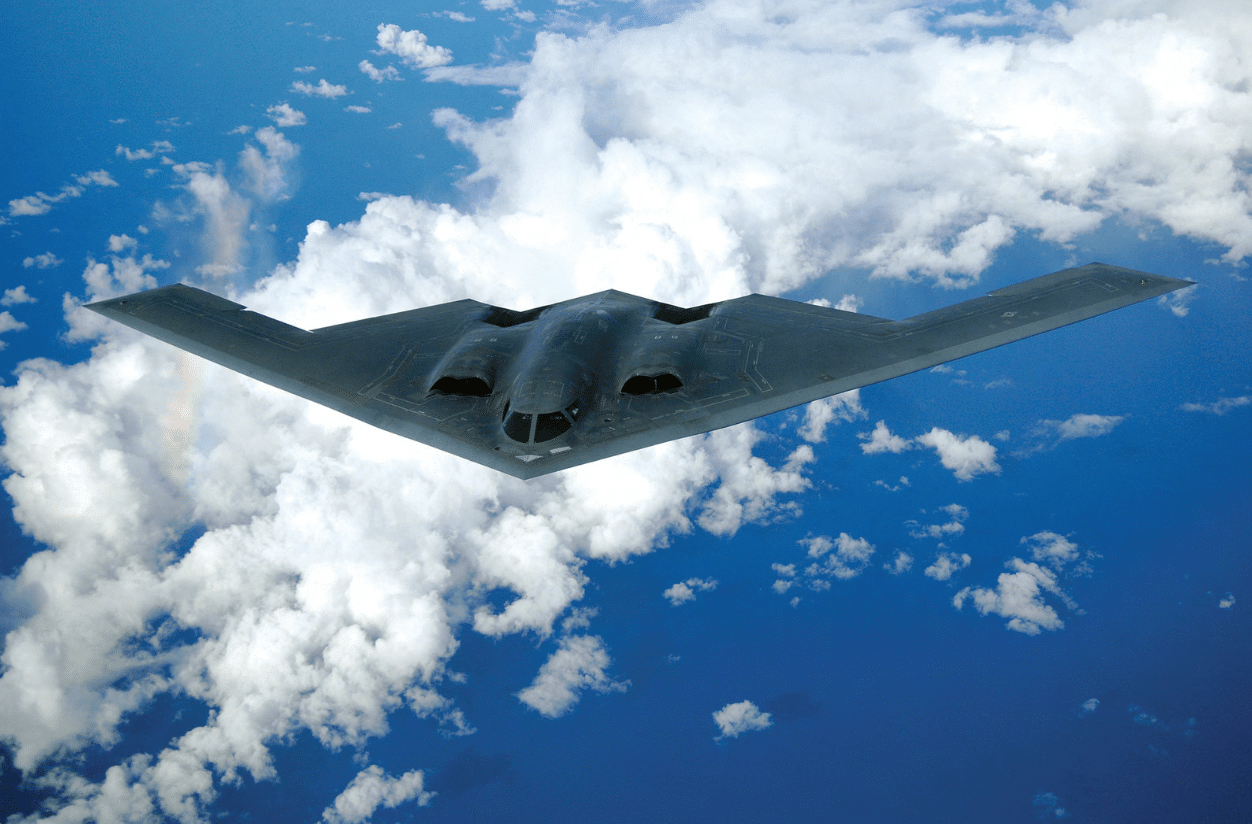 On May 9, 2012, the B-2 Spirit bomber completed a mid-air refuel with a U.S. Air Force KC-135R Stratotanker while flying over Colorado. 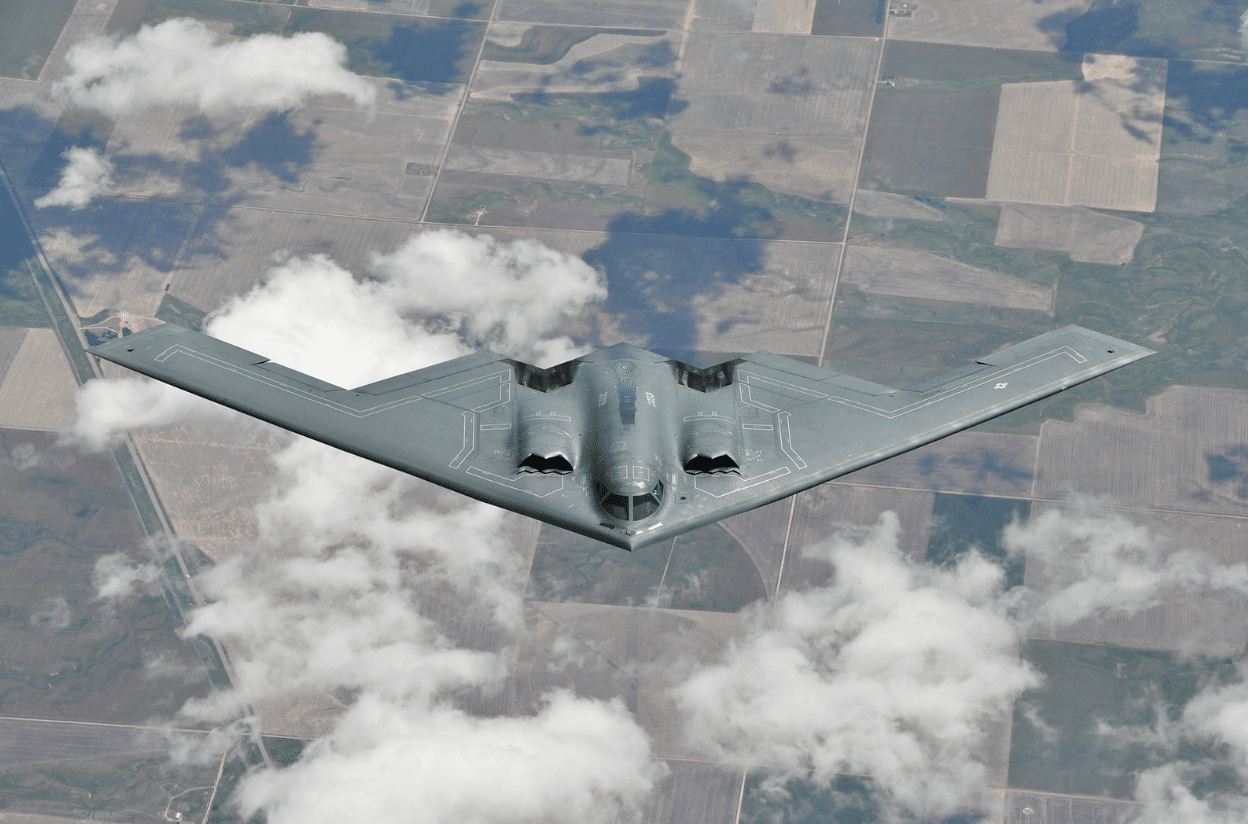