An intense manhunt for a gunman who wounded a San Luis Obispo County sheriff’s deputy ended Thursday with an altercation that left two police officers wounded and the suspect dead, authorities said.

Details of how the manhunt ended were not available. But a law enforcement source told the Los Angeles Times that two other officers were seriously hurt during a standoff with the suspect. The wounds do not appear to be life-threatening, the source said.

The gunman is believed to have killed a Paso Robles resident and seriously wounded a San Luis Obispo County sheriff’s deputy on Wednesday. 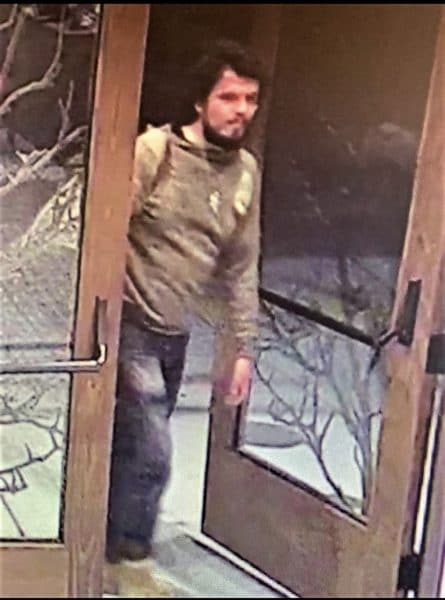 Mason James Lira, identified by police as the suspect, was spotted at a Paso Robles convenience store around 2 a.m. Thursday, a clerk told KSBY-TV.

The Chevron gas station clerk described the bearded Lira as sweaty, exhausted and muttering to himself, the TV station reported. Lira, seen on surveillance video wearing jeans and a long-sleeve pullover, didn’t do anything threatening, the clerk said, but he “seemed crazy” when he purchased an energy drink, according to the TV report.

As the search continued late Thursday morning, sheriff’s officials said they believed Lira was still in the area.

“We have a strong suspicion he is located somewhere in the riverbed,” sheriff’s spokesman Tony Cipolla said.

The day before, an early morning shooting at a police station in downtown Paso Robles prompted a massive law enforcement response.

A man began shooting at the Paso Robles Police Department building about 3:45 a.m.

The gunman then fired at sheriff’s and California Highway Patrol cruisers as they arrived to assist police, Odom said. One deputy was shot in the face during the attack.

The deputy, identified as 28-year-old Nicholas Dreyfus, underwent surgery and is in guarded condition, officials said.

Residents were asked to shelter in place while a search for the shooter got underway.

During the search, detectives found the body of a man who had been shot in the head near the Amtrak station at 8th and Pine streets. The man, who has not been identified but was described as in his 50s, was shot at close range, Cipolla said.