The Beavercreek gravesite of a U.S. Marine killed in 1985 in El Salvador has been vandalized, his family discovered when they visited the grave Friday to mark the 35th anniversary of the man’s death.

Thomas Handwork of Beavercreek was a guard at the U.S. embassy in El Salvador and died in that attack. On Friday, his niece, who lives in Florida, was in the Dayton area for a wedding when she visited her uncle’s resting place at Mount Zion Shoup Cemetery in Beavercreek. 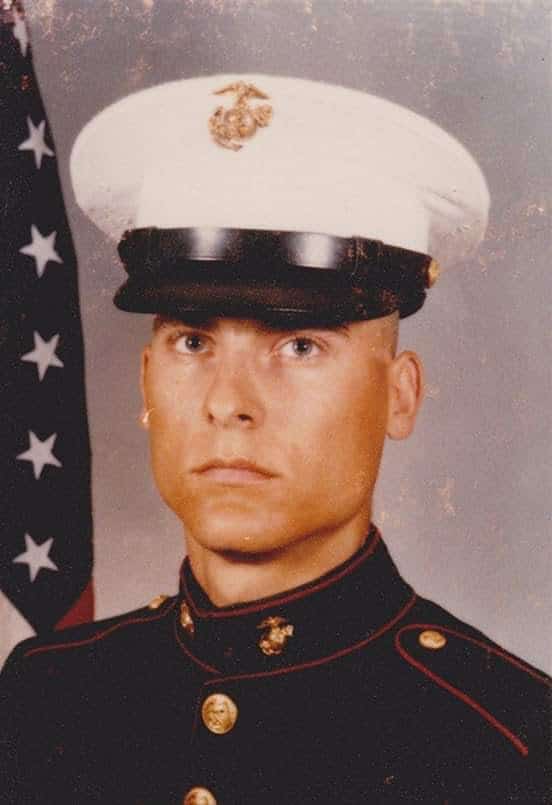 Handwork’s brother, Chuck Handwork, said his daughter found that a statue of Jesus that was attached to the gravestone was missing and the site was “roughed up”.

The family filed a report with the Beavercreek Police Department.

“The whole family is furious,” Chuck Handwork said. “Just a bunch of low-lifes who did this.”

As most of the family lives out of state now, Chuck Handwork said they are not sure how recent the vandalism occurred, or what the motivation could have been.

With only pictures to go by, Chuck Handwork said the family has no idea if the vandalism was a random act.

“For all we know somebody could have just seen Jesus statue on my brother’s gravestone and cut it off,” Chuck Handwork said. “We just don’t know.”

Thomas Handwork was a graduate of Boardman High School in eastern Ohio and his father worked for a General Motors plant in the Dayton area at the time of the attack.

In a report from June 27, 1985, the Associated Press reported, “In Ohio, Marine units escorted the flag-draped coffins of Sgt. Thomas T. Handwork, 24, of the Dayton suburb of Beavercreek, and Sgt. Gregory H. Weber, 22, of Cincinnati, and fired rifle salutes in their honor.”

“There is no service that a chaplain or a minister dreads more than a service like this,? Maj. Howard Mellott, a chaplain from Wright-Patterson Air Force Base, told 100 mourners at Handwork’s funeral.

?Your son, along with three other fine young Marines, have become to all of us, heroes, and we want you to know that we love them as you loved them. They have in the past few days become sons of America,? Mellott said.