The nation may be opening up, but the coronavirus is far from slowing down. In fact, COVID-19 is on the rise.

There were 38,459 new cases of the virus reported nationwide on Thursday, a number that surpassed a record set the prior day of 38,115.

The upticks are the largest in two months, when 36,739 cases were reported April 24.

The records come as the Centers for Disease Control and Prevention warned Thursday that infections could be 10 times the 2.3 million that have been logged as states in the South and West see surges and either hit pause on reopening plans or implement new restrictions to slow the disease’s spread. 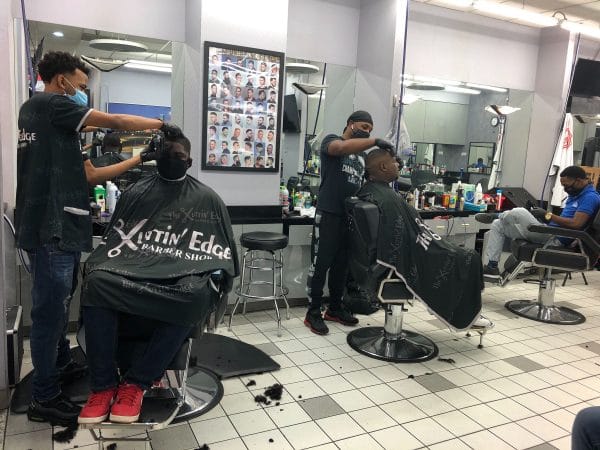 “We probably recognized about 10% of the outbreak,” CDC Director Dr. Robert Redfield said Thursday, adding that up to 8% of Americans may have been infected.

There were 5,996 new cases that day in Texas, a record since the onset of the pandemic. There was a record in deaths, too. Forty-seven people were reported to have died from the virus in the state, the most in more than a month.

A broad swath of Southern states, including Florida, Georgia, North Carolina, Louisiana, Tennessee and South Carolina, have also seen a surge in cases and hospitalizations.

Similar moves have been announced in California, Nevada and Washington state.

“As positive cases surge and hospitalizations increase, it is imperative that you take data-driven action to help protect Floridians, our families, and our communities from the dangers of COVID-19,” members of the Florida delegation wrote in their letter.

DeSantis has so far resisted scaling back the reopening or issuing new mandates amid one of the most dramatic spikes in the nation.

On Thursday, the Florida Department of Health reported an additional 5,004 new cases after 5,508 additional cases Wednesday — the highest number since the pandemic hit.

Like elsewhere, part of the increase can be attributed to more testing, but the rate of positive tests has also reached a record high.

The virus is growing particularly fast in Miami-Dade, the state’s most populated county with 2.7 million residents.

After seeing a decline in the numbers of cases and the rate of positive tests in late May, the area — which includes the city of Miami and tourism magnet Miami Beach — has seen a dramatic increase in infections among young people.

According to Mary Jo Trepka, professor and chair of the department of epidemiology at Florida International University, the median age of people in Miami-Dade with COVID-19 is now 33, down from 37 a couple of weeks ago.

“What’s most troubling over this last week is how steep the increase has been,” Trepka said. “It was so hard on the community to close down, but it was effective and the rates went down. The problem right now is rates are going up faster than they declined when we shut down.”

The number of people in hospitals in Miami-Dade has also surged from around 700 to 900, Trepka said, with the number of patients in intensive care units almost doubling from 100 to 200.

Local officials have scrambled to introduce measures to mitigate the spread. Miami commissioners on Thursday passed a measure that would fine people $250 for not wearing a mask in public.

Washington Gov. Jay Inslee, who this week also announced a similar statewide requirement for masks, has faced a backlash in parts of the state.

In Lewis County — a conservative region between Seattle and Portland, Ore. — the sheriff warned a group of residents against being “sheep” in reference to the directive that takes effect Friday.

“In case you guys didn’t hear, Governor Inslee, in his infinite wisdom, has decided after over 100-some-odd days, that we should all wear face masks, inside and out,” Sheriff Rob Snaza, a Republican, said through a bullhorn this week in Chehalis, Wash., near a billboard famed for displaying right-wing statements.

Inslee, a Democrat, has equated masks to seatbelts.

Elsewhere in the state, which in March saw the first major U.S. outbreak of the virus around Seattle, cases have grown in agricultural regions. Those among Yakima County food processing and agricultural workers have more than doubled in a month to surpass 1,000.

In Texas, the surge is especially bad in the largest cities.

South Texas officials expressed concern this week that crowds would descend on Gulf Coast beaches and Hill Country riverfronts to celebrate July 4, as they did on Memorial Day.

At Houston’s Galleria Mall, the state’s largest, people flocked to the food court this week. Nearby, parents skated with children on an indoor ice rink, and stylists and barbers cut hair — many without masks. The city and county have required coverings at local businesses, but the state hasn’t.

Inside Kuttin’ Edge barber shop, barber Ricky Watson wore a mask and said he has been social distancing, removing chairs from the waiting area and spraying down seats with sanitizer. He checks the temperatures of staff and customers.

“I believe take as many precautions as you can,” Watson, 34, said as two barbers gave customers trims.

His shop was closed 45 days before reopening. If officials think the latest outbreak is too dangerous, he said, he would understand the need to close again.

“If it’s a spike, health and safety first,” Watson said.

Barber Sean Bowie, 38, said he’s met his share of “nonbelievers” who still refuse to wear masks. He tells them they have to while in the shop.

“We don’t want to be the cause of somebody getting it,” he said.

Republican Gov. Greg Abbott, who earlier in the pandemic imposed two-week quarantines on travelers arriving from New York, has now seen that state’s governor slap the same restriction on Texans due to growing infections.

The rule also applies in Connecticut and New Jersey to travelers from other states that have a positive rate higher than 10 for every 100,000 residents.

Meanwhile, Hawaii, which had famously fined and arrested travelers who broke a mandatory two-week quarantine after traveling to the state, announced an easing of its rules this week.

Beginning Aug. 1, anyone who travels to the state and has a negative coronavirus test no longer needs to self-quarantine.

Instead, they can roam free.