As WW II vets die, history of long ago battles is lost

Keith Tremblay, the commander of the Veterans of Foreign Wars Post 8696 in Palm Coast, has seen the number of veterans available to observe Memorial Day steadily decline as they age and die, taking with them memories of long-ago battles and service to country.

When Tremblay moved to Palm Coast five years ago the post had more than 1,000 members. That number now stands at 636. Since January 2019, 47 regular members and nine auxiliary members, which is usually a spouse but can be a family member, have died, he said.

“I’ve lost quite a few to death,” Tremblay said last week. “I’ve been to more funerals than I ever care to.” 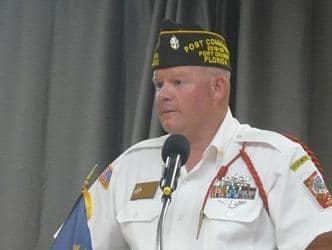 Monday is Memorial Day: A day to remember and honor those who made the ultimate sacrifice in the nation’s service and defense of freedom. But on this Memorial Day many of the tributes have been either canceled or limited to virtual presentations due to the coronavirus pandemic.

Time is running out to honor many of the soldiers who fought for the country. Of the just over 16 million Americans who served in the military during World War II, only about 389,000 still live, according to the Department of Veterans Affairs.

They all have stories to tell. 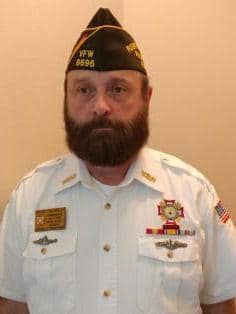 A dwindling number are part of “The Greatest Generation” that fought in World War II and stormed the beaches in Normandy or fought on the other side of the world in the South Pacific.

There are also those who fought in the freezing mountains of Korea, or the jungles of Vietnam, or the deserts in Iraq and the mountains in Afghanistan. especially for the oldest veterans, stories of the triumphs and horrors of wars are going to the grave with them.

“Obviously you are losing their personal experience,” Tremblay said. “A lot of times, though, you’ll find that veterans don’t want to talk about it especially if they’ve seen hard core war like their buddies being blown away.”

Tremblay said his father, Laurence David Tremblay, wouldn’t talk much about his experience in the Pacific during World War II. The only thing he told his son about was a flight aboard aboard a U.S. Navy bomber. His father was a side gunner and his friend was on another gun on the other side.

A Japanese fighter plane strafed the plane, the bullets sweeping across the bomber and cut his father’s friend in half. Tremblay’ father had to run to the other side of the plane and take over his dead friend’s machine gun.

Tremblay’s father died in 1971.The next year Tremblay joined the U.S. Navy and served until 1979.

Tremblay was on the crew of the USS Casimir Polaski, a nuclear-powered submarine armed with an arsenal of nuclear-tip ballistic missiles patrolling the oceans during the Cold War. He achieved the rank of petty officer first class and qualified as engineering watch supervisor. He was responsible for making sure that the sub’s nuclear reactor, steam system and other machinery worked properly.

He remembers the submarine being tailed by Soviet attack submarines. Tremblay’s sub would have to lose the Soviet submarine as part of a Cold War “cat and mouse” game before heading out to its patrol pattern.

The Vietnam War was winding down when Tremblay joined the Navy with American troops withdrawing in 1973. But the Palm Coast post has some members from older battlefields, like World War II and its aftermath.

One of those is John Vidota, a 91-year-old who will turn 92 on Dec. 7, which was the day in 1941 that the Japanese bombed Pearl Harbor and pulled America into World War II. Vidota was 13 then and remembers his parents telling him about the attack.

“I didn’t know what war was or who Japan was or whoever,” he recalled. “It didn’t make sense to me.”

Vidota, one of the older members of the Palm Coast post, joined the Army in 1946, just after after World War II ended. He was stationed in Germany.

Vidota said he remembers that once he reached Europe the rest of the trip was by train. He had to board a boxcar with other soldiers with only a bale of hay to cushion the ride as the train rumbled through the countryside toward Germany.

When he got to Germany, he was asked what he did back in the states. He said he had been a mechanic, so the Army made him a mechanic.

“That was as close as I got to the radar,” Vidota said.

Vidota played the bugle in high school and when he got to Germany he wanted to learn how to play the accordion. He was directed to a German woman who taught music at a university.

“She opened the door,” Vidota said. “I looked at her. She looked at me. And that was it.”

Vidota learned the accordion and found the love of his life. The woman returned to America with Vidota and they married.

“We were married for 53 wonderful years,” he said.

Chris Gates, 49, of New Smyrna Beach, is the commander of the VFW Post No. 3282 in Port Orange. He served 26 years in the U.S. Navy, retired as senior chief and was responsible for maintenance aboard ships.

Gates said the post has some members who served in the South Pacific, and sometimes they feel they are forgotten as opposed to those who fought in Europe.

“They say, ‘I was in the South Pacific getting shot at so a lot of those guys get this sense of pride that they did good on the other side of the world,” Gates said.

The post has 1,034 members. But he too sees history vanishing before his eyes. Just since June, 186 members at the post have died, Gates said.

“It’s important for us to remember their sacrifices and the men and women that we lost in the wars prior to today,” Gates said. “It’s important that we recognize their efforts.”