Watch: Navy ship shoots down drone with its laser beam

It doesn’t get much more futuristic than a Navy ship downing a drone with a weaponized laser.

Grainy video released by the United States Naval Institute Friday appears to show the USS Portland taking aim at an aerial drone, then unleashing its laser beam and blowing the aircraft out of the sky over Pearl Harbor.

The May 16 test was the first at sea for the SSL-TM laser system, which is reportedly a 150-kilowatt laser weapon.

The Navy is reportedly experimenting with a wide range of lasers meant to either knockdown or warn incoming aircraft. The USS Portland is a 3-year-old amphibious transport ship docked in San Diego. 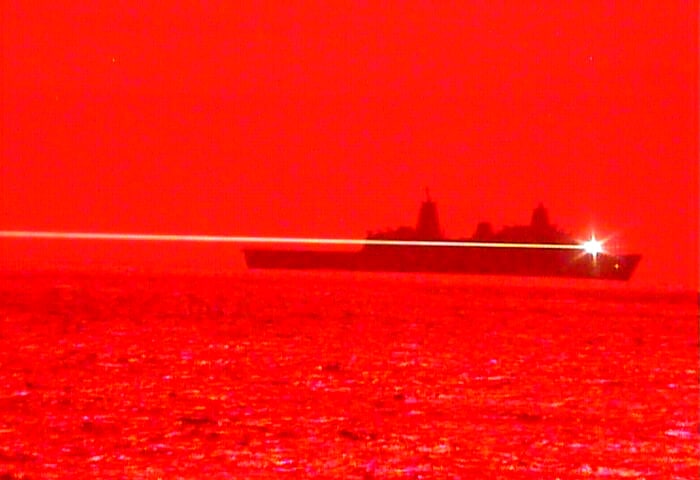 Video of the laser test on YouTube drew shock and awe, as well as jokes.

“This is all great and innovative but the real issue is clear… Can you fit it to the head of a shark?” asked a commenter called Alpha Bravo CheeseCake.