Sal Scherma of Independence receives a birthday hug from his daughter Charlene Pohlchuck after he was surprised by a birthday parade of vehicles on his street to celebrate his 96th birthday, May 2, 2020. (John Kuntz, cleveland.com/TNS)
May 08, 2020 Hayden Grove - The Plain Dealer
Share
Tweet
Flip

World War II veteran Salvatore Scherma sat in his Independence driveway with no idea what was to come on his 96th birthday.

Sure, there were balloons and decorations commemorating the special day directly to his left, but still he waited in ignorance.

Suddenly, horns beeped ceaselessly and cars filled with family members meandered their way down the street, passing his home at the end of the cul-de-sac, throwing balloons with gifts as well as words of love and appreciation in his direction. 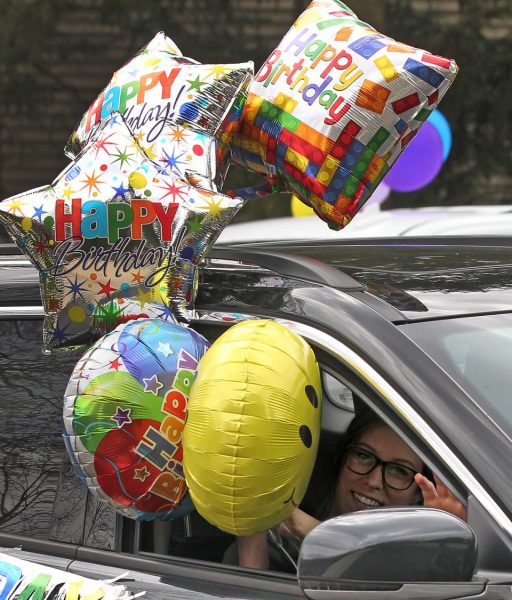 Family members of Sal Scherma shout Happy Birthday cheers from their vehicles during a surprise birthday parade for the family patriarch of Independence who turned 96 today, May 2, 2020. (John Kuntz, cleveland.com/TNS)

Scherma’s five children, 18 grandchildren, 31 great-grandchildren and five great-great grandchildren made his birthday a very special one. The 96-year-old held a tissue in his hand, dabbing away tears of joy as they drove past. 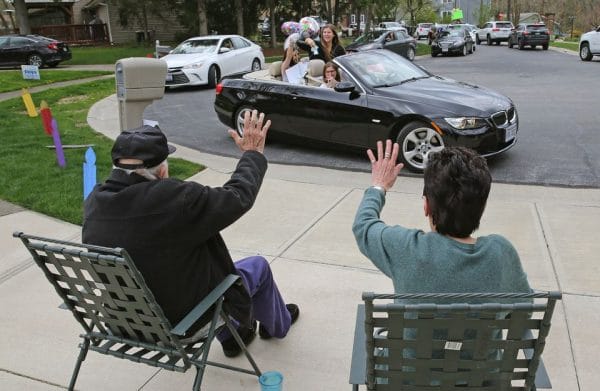 Sal Scherma left waves with his daughter Donna Kilbane to family members who surprised him on his 96th birthday with a parade in Independence, May 2, 2020.
(John Kuntz, cleveland.com/TNS)

Scherma told his daughter, Sally Petrus, that he’s lived through many heartaches, but not seeing his family during this time is far worse than any before. If for only a day during this pandemic, his heart was healed as his family came to see him.

'We would have lost': Did US Lend-Lease aid tip the balance in Soviet fight against Nazi Germany?