War memorial vandalized on Memorial Day with hammer and sickle

A war memorial in Pittsburgh, Pa., was vandalized with splashes of red paint ahead of Memorial Day, a day celebrated in remembrance of those who sacrificed their lives in the line of military service.

A Pittsburgh Police blotter report indicated officers responded to reports of vandalism around 8 a.m. Monday morning at the War Memorial at Doughboy Square, located at the junction of Butler Street and Penn Avenue. Some of the vandalizing markings appeared similar to the hammer and sickle, a common icon of many communist and socialist movements. 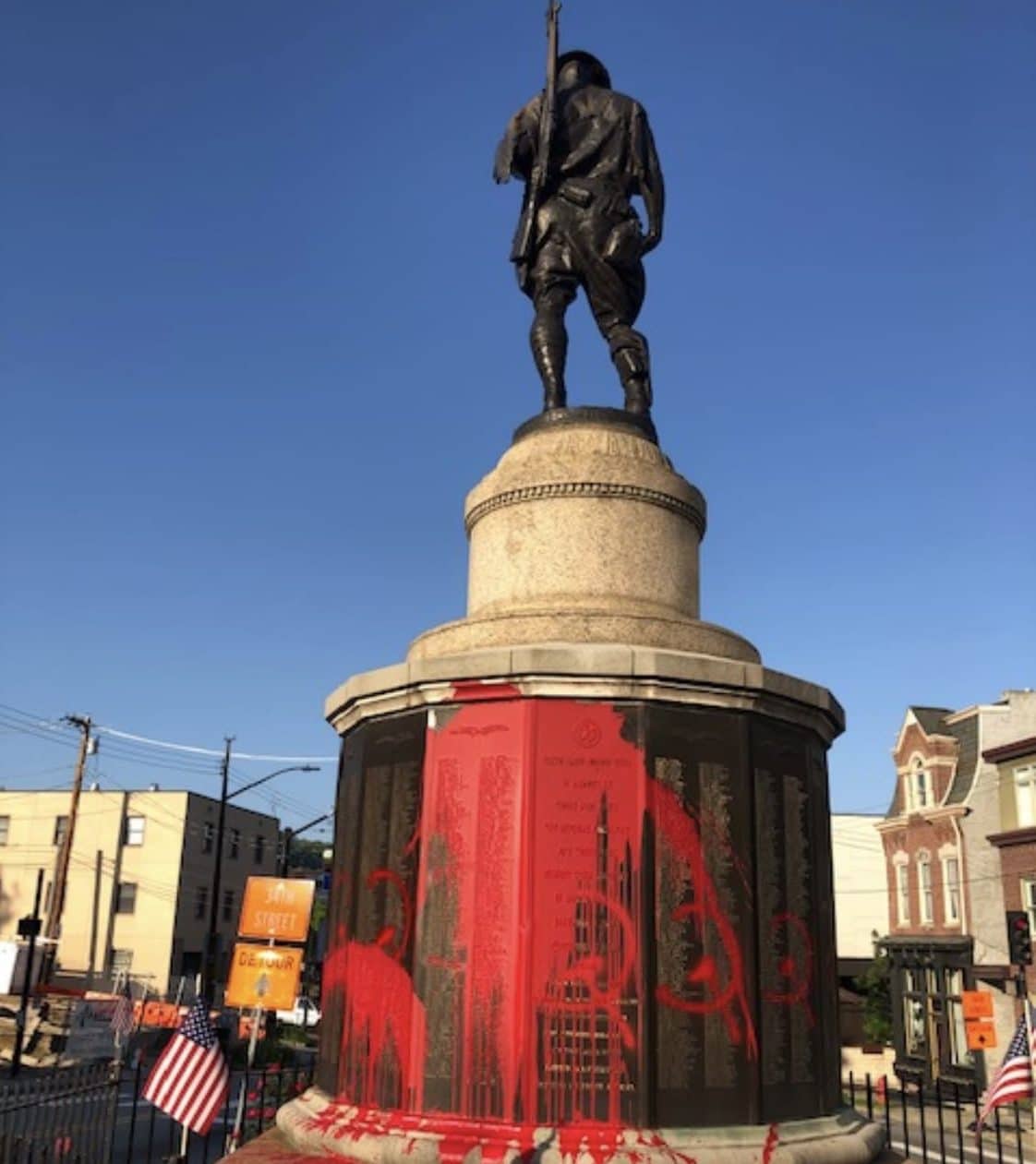 “War Memorial at 34th and Butler in Lawrenceville vandalized. It’s covered in red paint. Message reads “JUNE 19, 1986 GLORY TO THE DAY OF HEROISM!,” tweeted Mike Holden, a reporter for WPXI.

The “Doughboy” is modeled after American troops during World War I. The memorial, located in the Lawrenceville neighborhood of Pittsburgh, was originally established to honor the local veterans who served during the war, according to The American Legion. The statue was later expanded to include nameplates for veterans of World War II, the Korean War, and the Vietnam War.

According to the American Legion, the memorial is “probably the most well known veterans monument in Pittsburgh, if not all of Southwestern Pennsylvania.”

Large splashes of red paint are seen in photos, covering the nameplates dedicated to those veterans of various wars.

“JUNE 19, 1986 GLORY TO THE DAY OF HEROISM!” was also among the painted markings on the memorial.

The meaning of the referenced date has not been confirmed, though one Twitter user replied to Holden’s post with a reference to a socialist-led Peruvian prison revolt that lasted from June 18 to June 19, 1986 and has been known as the “Day of Heroism.”

“Maybe?” the user tweeted, with a picture of a 2003 post from Revcom.us, a website for the Revolutionary Communist Party of the U.S.

While users speculated as to the meaning of the vandal’s message, the incident is still being investigated and the exact motives are not yet known.

KDKA 2 reported the exact time the act of vandalism occurred is not yet known, but that Police are investigating and reviewing available surveillance video footage from the area.

Police are also reportedly making arrangements to have the statue cleaned of the vandalizing paint.