During Operation Lam Son 719, Tony Goodson defended the tactical operations center — all day and night — from attacks in every corner during the Vietnam War. But one explosion struck near him, shooting him into the air.

When he landed, he looked down and saw his legs covered in bloods and scars.

Goodson was winded, but after medical officers picked the shrapnel out of his legs, he was sent back into the field to defend the Khe Sanh Combat Base, supporting South Vietnamese troops.

“I felt very lucky the next morning,” Goodson said. 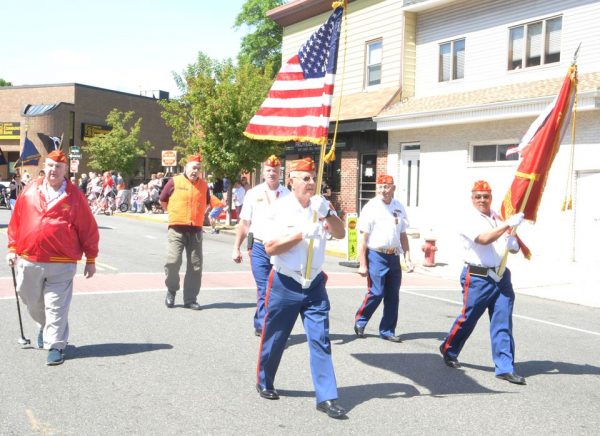 Lam Son 719 left over 200 Americans killed or missing in action while 1,149 were wounded, according to History Net.

Goodson, now 70 years old, told The Jersey Journal on Sunday that he can never forget about those he lost during the war. Memorial Day is a “bittersweet time,” he added, but not being able to get together for the traditional annual events — due to coronavirus virus concerns — makes him sad.

Goodson, a commander at VFW Shelton Post 2294, said they will instead have a small gathering for a flagpole raising and prayer service outside, spaced out from one another, on Monday at 10 a.m. Members of the post will also visit monuments individually.

All Jersey City-run events are canceled until further notice.

On Friday, Gov. Murphy loosened state restrictions allowing groups of 25 outside. Though Monday will have a smaller crowd, Goodson said it’s the right move to follow guidelines and avoid hosting large gatherings because it’s not worth the risk.

The Jersey City native was a U.S. Army sergeant and served in Vietnam from June 1970 to May 1971. He was also part of the 101st Airborne Division during Lam Son 719 where 19 U.S. Army aviators died, 59 were wounded and 11 went missing, according to the Air Force History and Museums Program.

“Birthdays, holidays, it’s all the same to me,” Goodson said. “… I always think about those who couldn’t be here.”

For Stephen Holinka, 72, he said he feels “terrible” without the traditional Memorial Day events, which are a way for him to commemorate his former comrades — people who he thinks about often.

Holinka has marched with Jersey City’s Lafayette Amvets Post 33 in its annual Memorial Day parade for the last 40 years. Afterwards, there would also be a mass, memorial services and a luncheon for members, family and friends at Broadway Diner in Bayonne.

But those are other events that won’t be happening Monday due to COVID-19.

“Just a shame we couldn’t have it…,” Holinka said. “… It’s been a very disappointing year.”

Holinka said that on Monday he’ll be thinking about all the people he knew during his three years of service. He was a former sergeant and spent a tour in 1966 to 1967 in Korea before volunteering in 1968 for the Vietnam War.

The commander of Amvets Post 33 also said he’ll been commemorating the former World War II veterans of the post, many of whom have died.

“I knew many of them very well and we had some great times at the post,” Holinka said. “I just think about them so much and what they’ve done for this country.”

“I constantly think about them. They’re part of me.”

Though there’ll be no parades, some places like Weehawken have decided to move their festivities online.

Weehawken Mayor Richard Turner told The Jersey Journal Saturday that there will be a virtual Memorial Day Ceremony on Monday. It will include a dedication of wreaths, veterans ritual, naming of deceased Weehawken Elks Lodge members and more.

“I think we’re all disappointed,” said Elks Exalted Ruler Lorraine Wuillamey. “But of course, everybody understands.”