The do-it-yourself moving company, U-Haul, is celebrating the 75th anniversary of Victory in Europe Day, VE Day, by sharing stories from some of the World War II veterans who saw the end of the war and helped start the company.

Nazi Germany offered its unconditional surrender to the Allied powers on May 8, 1945, marking the end of the war in the European theater.

U-Haul was also co-founded 75 years ago by U.S. Navy veteran L.S. “Sam” Shoen and his wife Anna Mary. Shoen continued to serve beyond May 8, 1945 before he contracted scarlet fever and was transferred to a U.S. Naval Hospital in Corona, Calif. Shoen was given an honorable medical discharge on June 20, 1945, U-Haul spokesperson Andrea Batchelor told American Military News.

After his release from the hospital, the young couple had to move to Anna Mary’s family ranch in Ridgefield, Washington. 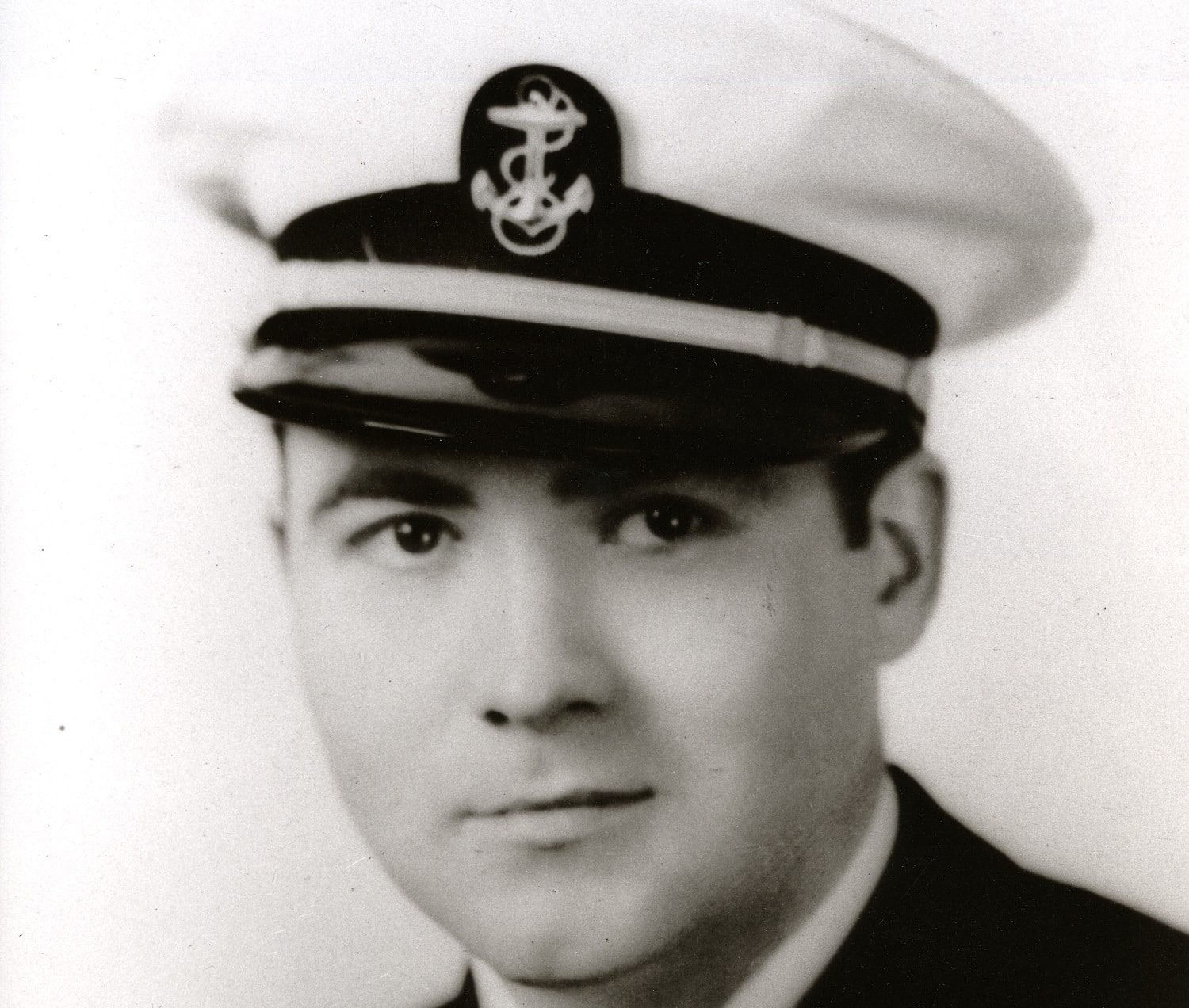 “They shopped for a one-way trailer rental to transport their belongings. But that product and service didn’t exist yet. Forced to leave their personal possessions behind, the couple conceived a business model based on the shared cost of moving equipment amongst communities to accommodate do-it-yourself families on a budget,” Batchelor said. “On that drive up the California coastline, U-Haul was born. The first rental trailers were available within weeks.” 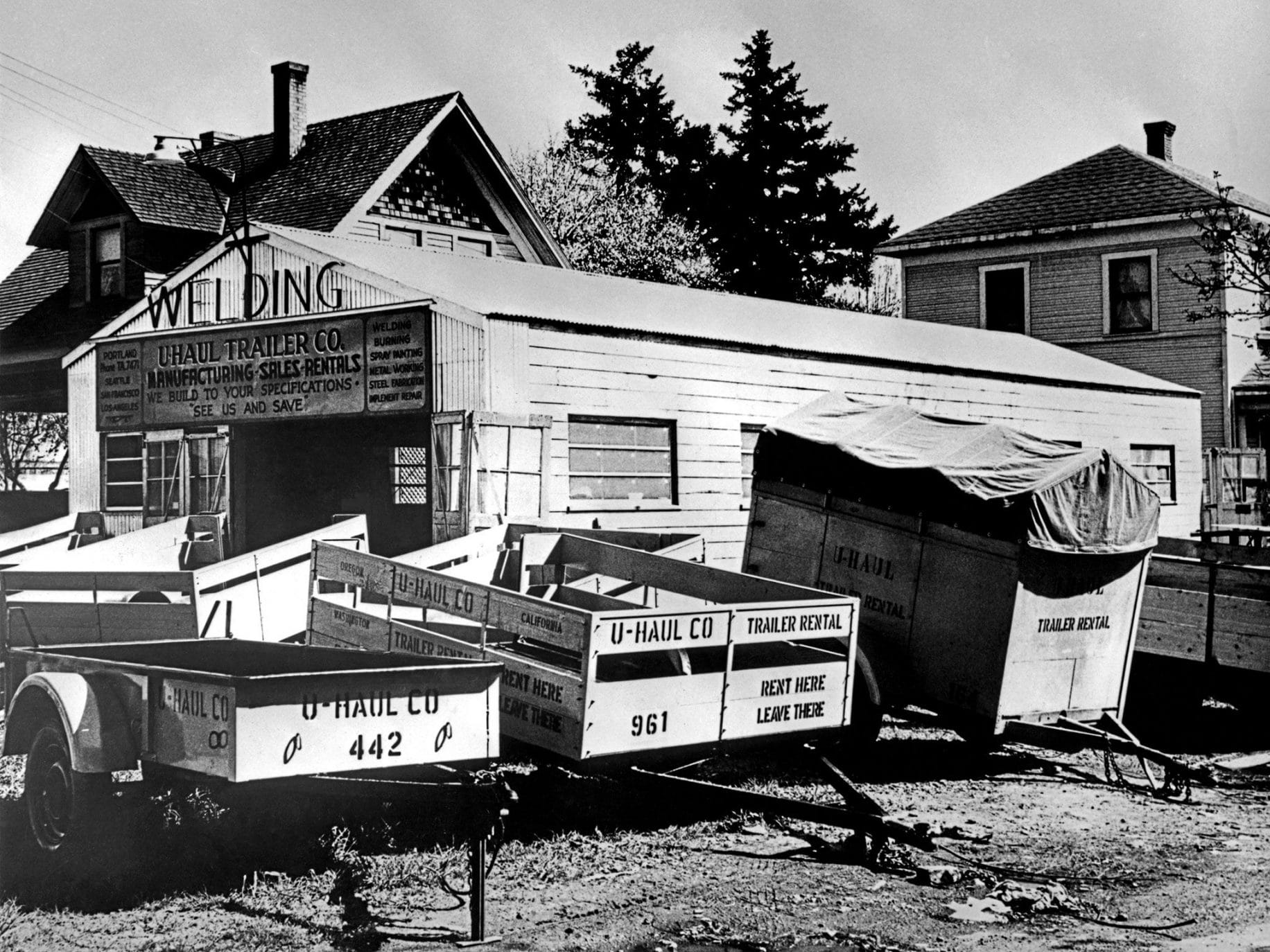 Some of the first U-Haul trailers at a manufacturing plant in Portland, Oregon. (U-Haul photo, Released)

Ralph Shivers, another World War II veteran joined on with U-Haul after his own discharge from the service in January 1946.

Shivers said he didn’t recall much about VE Day, 1945, as he had been busy with a transfer in duties. He had originally been assigned to convoy duty aboard the USS Craven running shipments of supplies from the U.S. to Europe, but had been reassigned training in Washington D.C.

Shivers said there was some anticipation of the end of the war ahead of Germany’s surrender.

“You had the military newspaper, Star & Stripes, that kept you up with what was going on,” Shivers said. “But in our discussions, you didn’t talk about how [the war] was going or what’s going on.”

Shivers said “I think it was expected” but said he treated the news as “just another day.” The war was still ongoing in the Pacific Theater, against Japan.

After Shivers was released, he did return home to Oregon. He enrolled at Oregon State University and came to work with the start-up company, doing part-time work in between his studies. 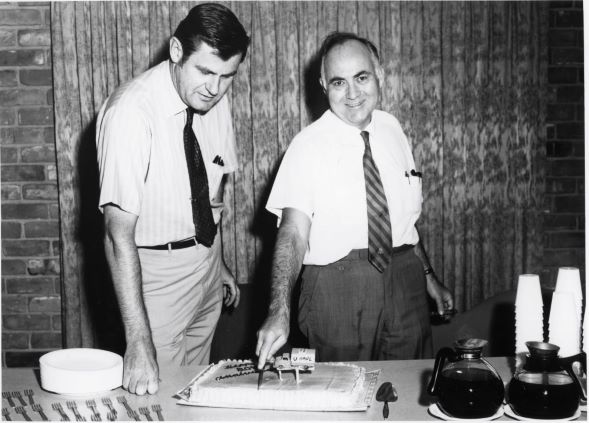 In 1951, Shivers came on to work with U-Haul full time and became one of only three U-Haul fieldmen, servicing and maintaining U-Haul trailers around the country. Over the next 20 years, Shivers worked for U-Haul, by establishing new rental locations around the country. He also served as a president of the company’s Alabama branch and then vice-president and president for U-Haul International.

Shivers’ story was among several shared by U-Haul in commemoration of VE Day. In the days and weeks leading up to VE Day, U-Haul has been sharing stories on its website from veterans who served and later came to work for U-Haul.

Luvern H. “Vern” Olson was another veteran turned U-Haul team member. Olson served as a tank commander during the war and survived having three tanks shot out from under him. He also worked in the U.S. Army Transportation Corps and helped rebuild Frances destroyed railway network after the allied forces stormed the beaches of Normandy. His fill story is available on the U-Haul website.

U-Haul also remembered Joseph “Joe” Hansbury on their website. Hansbury was a U.S. Army infantryman who saw combat in Naples-Foggia, Sicily, Normandy, and the Rhineland and Ardennes campaigns in Central Europe.

While Hansbury was remembered as a rifleman and expert with light machine guns, and was awarded the Bronze Star, he said in a 1978 interview, “I went in a private and came out a private. I was just happy as hell to get out.”

Thomas M. O’Donnell, was a B-17 bomber pilot during the war and participated in 35 combat missions over enemy territory and was awarded the Distinguished Flying Cross, the Air Medal with five oak leaf clusters, and a Presidential Unit Citation. After returning home from the war and attending the University of Portland, O’Donnell joined U-Haul’s parent company at the time, ARCOA, Inc. in 1952. His full story is available on the U-Haul website. 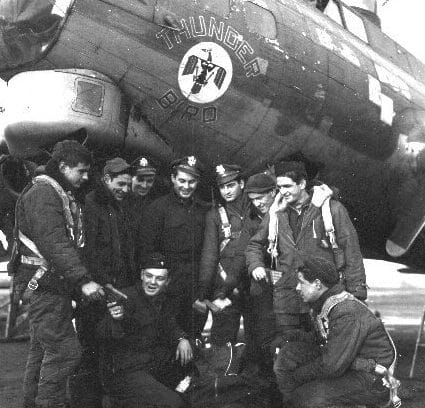 Homer Williamson was another veteran turned U-Haul team member, honored on the company’s website. He served as an infantryman as part of Gen. George Patton’s 3rd Army and recalled his service as a “bazooka man” who carried the Bazooka anti-tank weapon.

“The enemy was looking for bazooka men. I took that thing from foxhole to foxhole. I guess I was one of the fortunate ones who got to come home,” Williamson said. In one combat incident, Williamson and seven other men in his unit fought in a “rifle match” against an equal number of Germans during which he was wounded later received the Purple Heart. He recovered from his injuries and returned to the front line in less than two weeks.