Trump touted the force of the U.S. when he unveiled the official flag of the new U.S. Space Force military branch and hinted at a new “super missile” many times greater than Russia or China’s missiles.

“I call it the super-duper missile and I heard the other night, 17 times faster than what they have right now,” Trump said, referencing Russia and China’s arsenal.

“You’ve heard Russia has five times and China’s working on five or six times, we have one 17 times and it’s just gotten the go-ahead,” he continued.

Trump did not provide additional details, such as when the U.S. plans to test the missile.

“The delta in the middle, that’s the symbol that space communities use for years and years and years. The North Star signifies our core value, our guiding light, if you will,” Raymond said. “And the orbit around the globe signifies the space capabilities that fuel our American way of life.” 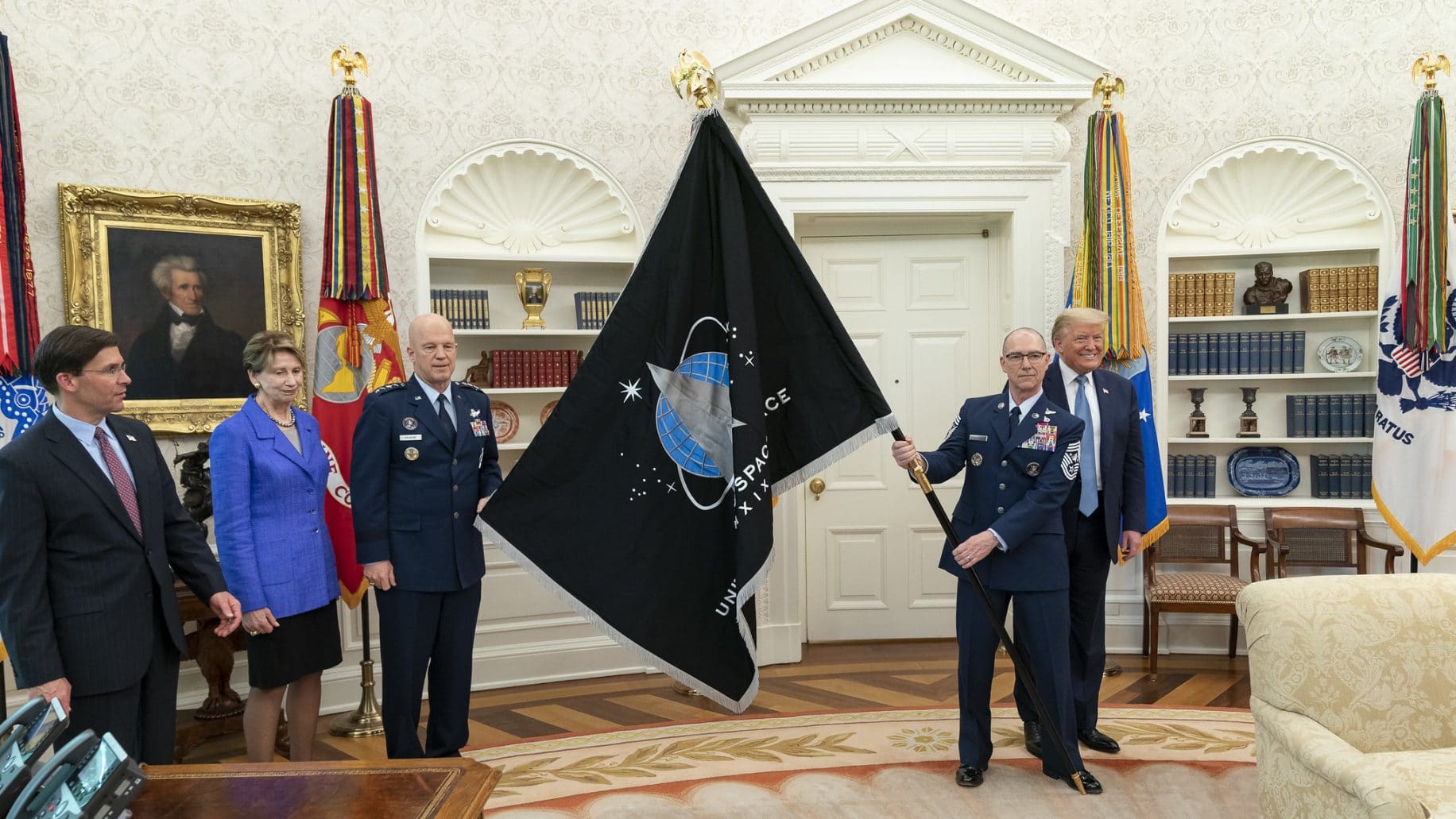 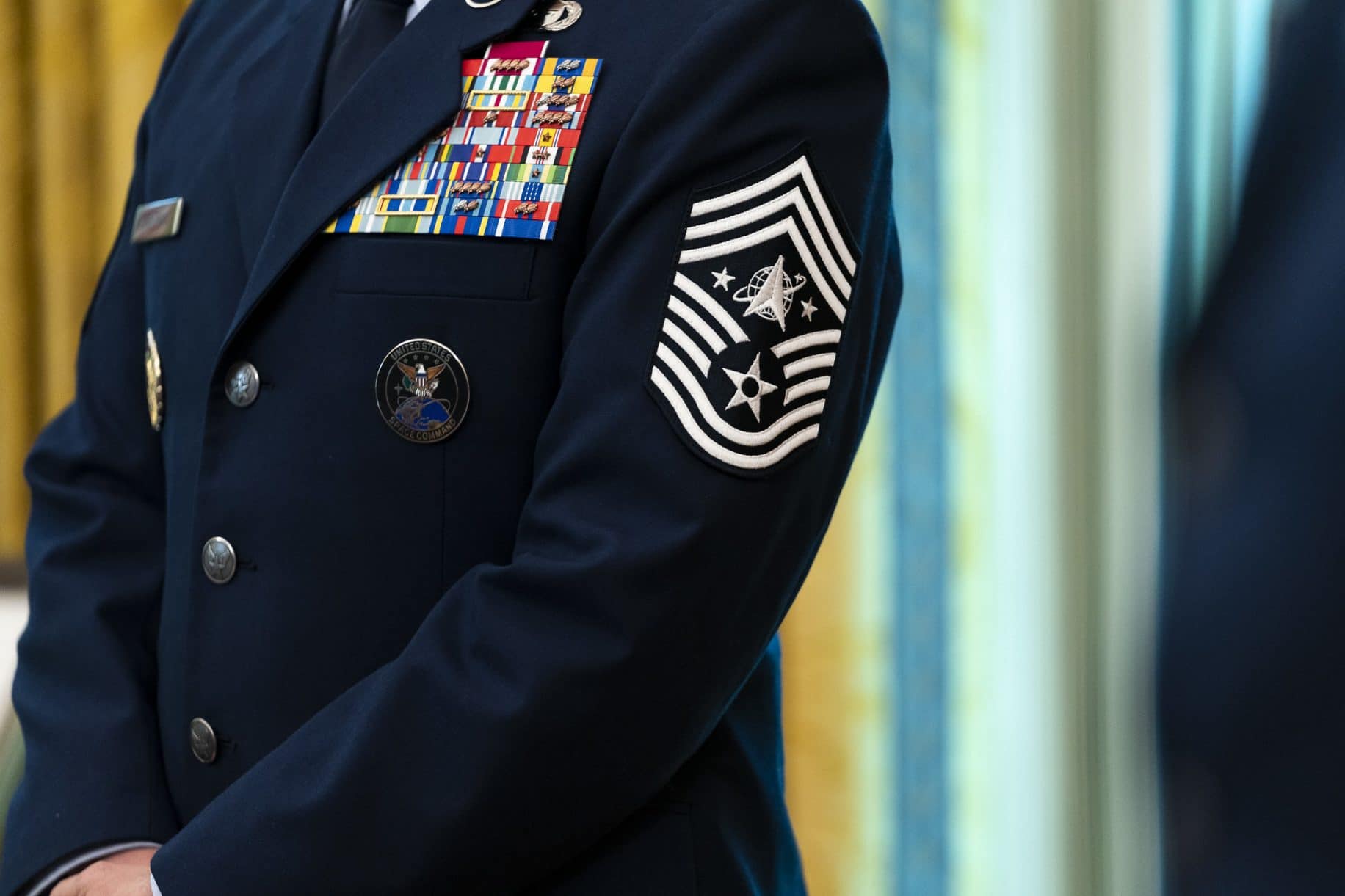 A close up view of US Space Force Senior Enlisted Advisor CMSgt Roger Towberman uniform Thursday, May 15, 2020, in the Oval Office of the White House. (Official White House Photo by Shealah Craighead)

The flag represents the first new military service branch flag to be unveiled in 72 years.

“Space is going to be the future, both in terms of defense and offense and so many other things and already what I’m hearing and based on reports, we’re now the leader on space,” Trump said.

Earlier on Friday, Trump also touted the U.S. military as the strongest it’s ever been.

“We now have the strongest military the United States has ever had by far and the best equipment,” Trump also said on Friday from the Rose Garden. “We have the mightiest military by far in the world.  Our military is completely rebuilt.” 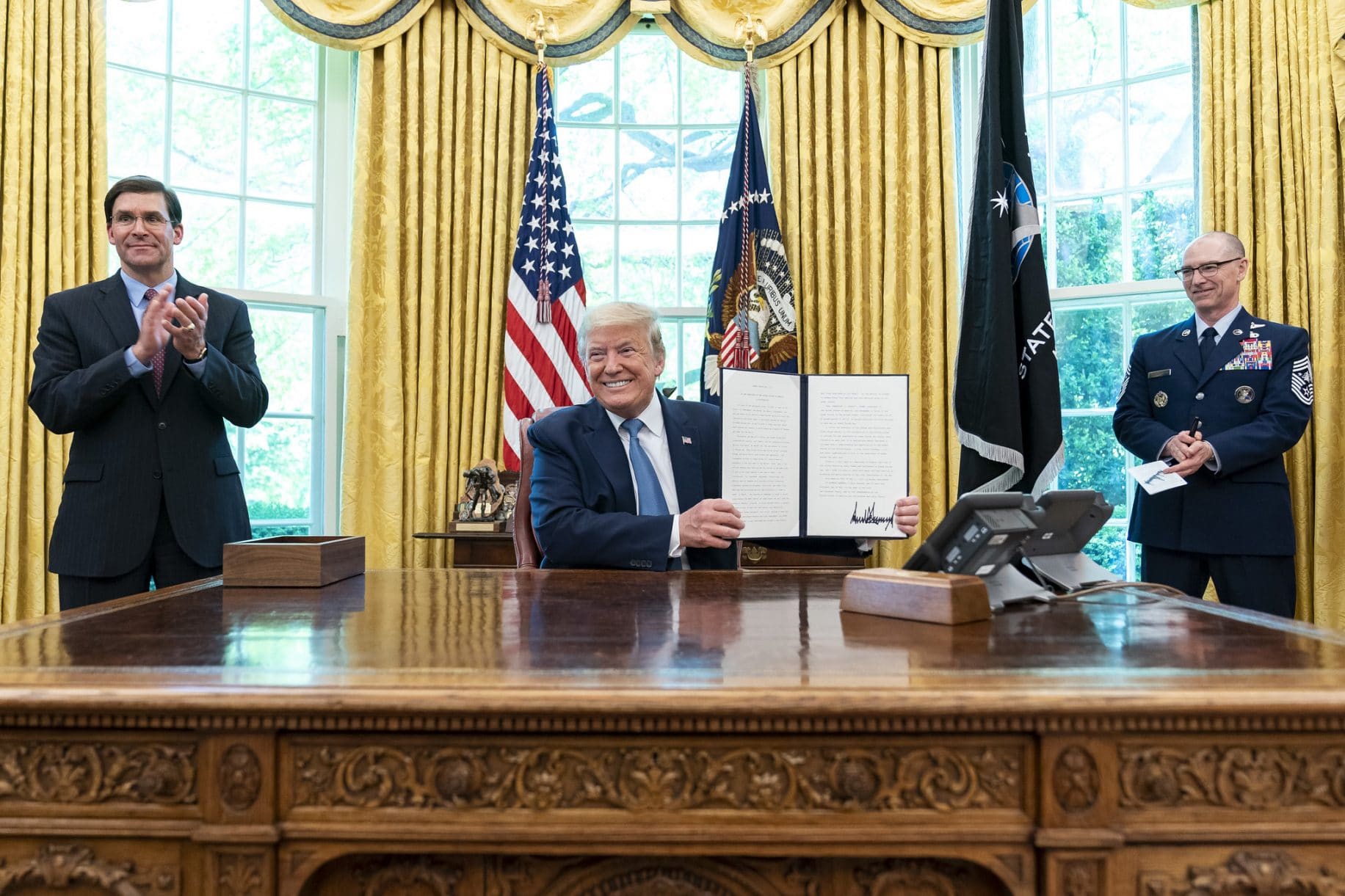 During the Oval Office ceremony, Trump also signed a proclamation for Armed Forces Day, which is officially recognized on Saturday – the third Saturday of May each year.

“We are eternally grateful for every Soldier, Sailor, Airman, Marine, Coast Guardsman, and member of the Space Force, and we deeply appreciate the sacrifices their families and loved ones make on our behalf,” the proclamation reads. “As one Nation, we pledge to always honor this service and this devotion given to our great country.”