When most people hear the words United States Air Force, their thoughts wander to those crisp blue uniforms, the famous insignia, and of course, pilots. When I think of the USAF, I think of the unsung heroes on the ground, specifically the Security Forces and Law Enforcement; those working to establish a strong foundation of rules and regulations on every Air Base in the world.

A fresh high school graduate, and too short to join the Army as his father had, Bill instead joined the Air Force in 1976. He spent his distinguished career in law enforcement, from his first assignment at Griffis AFB to his last at Osan AFB in 1994. He recalled his time, “ping ponging between Strategic Air Command (SAC) and Republic of Korea (ROK)” for our bedtime stories. He often spoke of his love for South Korea. It is where he met my mom, where I was born, and where we retired from. He loved his career and being a father equally. The minute he walked in the door his attention was on us. We would sing songs and play games, until he was called out again. 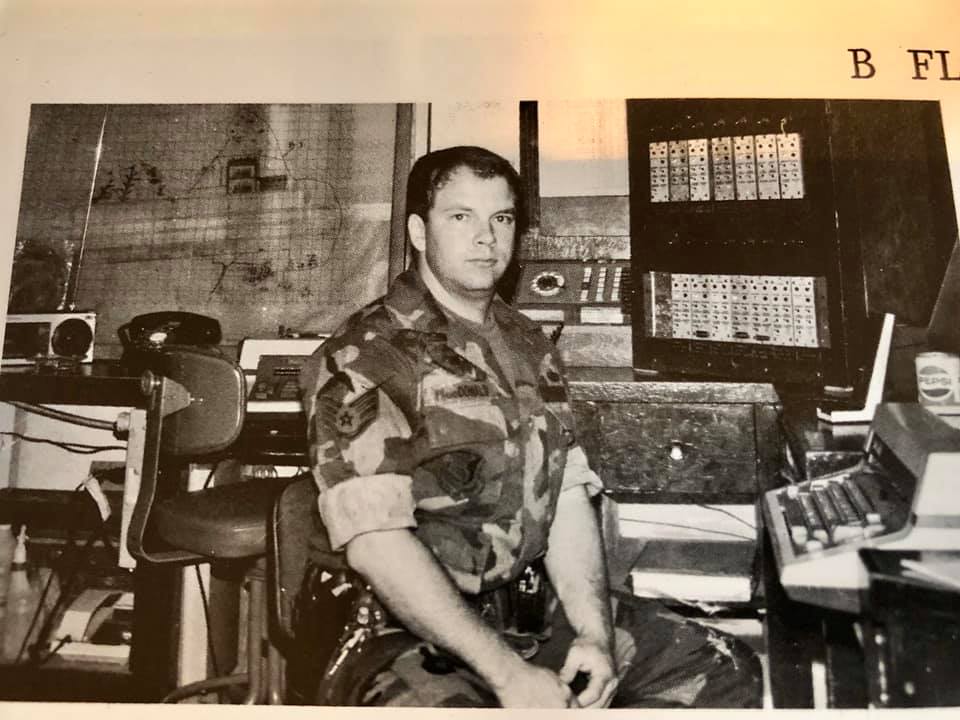 USAF MSGT (Ret.) William A. MacDonald, who passed away May 6, 2020. (Photo courtesy of Jenn MacDonald)

He spent six of his seven tours in South Korea during a pivotal decade in the country’s history. He first landed in the country at Kwang ju Air base in June 1978. President Park’s assassination in October 1979, led to General Chun’s rise to power, creating a domino effect impacting American and Korean relations for the next decade. Although dad ended up stateside a month before the assassination, his time at Lowry AFB did not last long. When he returned to South Korea in June of 1980, anti-American sentiments were steadily rising due to actions by the South Korean government and associations with ours.

Bill was a cop’s cop. A fixed point. Never wavering in his convictions, or his ability to do his job. At the same time, he lived life to the fullest, a wild man at heart. He always encouraged us, “It doesn’t matter what you’re doing, as long as you are doing the best you can,” and “there are always multiple sides to a story.” He never hesitated to stand his ground or do the right thing no matter the consequences, or the offender’s rank. According to old friends, he often said, “What do you call a Tech Sergeant in line for Master Sergeant? A Tech Sergeant.”

In Security Forces, he not only defended our country from the outside, he also defended the country from ourselves, enforcing protocol and regulations, with a deep understanding of the tension between the two nations. His knowledge of Korean customs and culture were paramount in his success as a Law Enforcement officer during this tumultuous time in Korea’s recent history. Throughout his career, he transformed the Law Enforcement branch of the US Air Force.

According to his performance reviews, in 1984 while stationed at Suwon AFB, he received a Letter of Accommodation from the Chief of Security Police for achieving a Quality Control Evaluation score of 98%, one of the highest scores on record in the unit. In 1985, he rewrote the “Operating Instructions for Reports and Analysis” and also, Suwon Air Base Regulation 125-14.  He then went on to develop checklists for Law Enforcement supervisors to optimize quality control for incident reports.

In 1988 at Kunsan AFB, his unprecedented rating of 82% cases solved made him the go-to for sensitive investigations. In this same year, he located and apprehended a USAF deserter, identified 17 black marketing personnel, and assisted the USAF, with Korean National Police, in shutting down four fencing operations. In 1989, he received praise from Lt. Yi, Chief of Foreign Affairs Division, for his diplomacy which enabled him to take custody of a US Army Soldier held hostage by local protesting university students despite imminent threats of bodily harm. His performance was credited as a direct contribution to his unit’s selection as “Best in 7th Air Force”, and “Best in Pacific Air Forces” for 1988.

Off the clock, he furthered his education constantly and spent his “free” time helping children. He donated time and money to the Amerasian Children’s Association and the Samsung Orphanage in Kunsan. He volunteered for Halloween and Christmas party planning committees whenever he could. He also coordinated programs, such as “Santa’s Helper” and National Night Out to improve public relations between security police and others on and off base.

His greatest achievement, however, was his four daughters.

Bill looked for learning opportunities everywhere we went. After his 1991-1992 assignment at Griffis Air Force Base, we were sent to Osan. Instead of hopping on a plane in New York straight to Korea, dad saw an opportunity to show his family the country he defended. We drove from Rome, NY to California, with six of us in a minivan. We visited historical places and folks we knew from service along the way. While driving, he quizzed me on math and taught me important history. Education was important to him. He took every schooling opportunity to perfect his craft, encouraging us to do the same.

At Osan in 1993, he frequently went into the office on Saturdays to finish up paperwork. I watched “Lost in Space” and “The Lone Ranger” on a big 50-inch TV while he wrapped up his work for the week. We only had one English speaking channel at home off base at the time.  Afterward, we’d eat lunch on base together.  During exercises, while he stayed in his office, I acted as carrier pigeon between him and home since I was still allowed back and forth from the base, due to school.

After retirement in 1994, he settled in New Hampshire, where he continued his career in law enforcement, serving as a police officer, working in loss prevention, and opening his own private investigations business. He continued to tell us his stories, sing us songs, and encourage us to keep learning. He taught us to live with utmost integrity, to never back down, or take no for an answer.

We are so proud of our hero, our defender, and thankful for all who served, and continue to serve. His legacy will live on in his children and grandchildren as we continue to tell his story.