With an active military service record that spans almost 50 years, the Battleship New Jersey has seen plenty of changes in technology.

The battleship, now a museum, is currently closed to visitors due to the coronavirus, but a small ceremony was held on board Saturday to mark the 77th anniversary of the ship’s commissioning and the event was broadcast via Facebook Live. 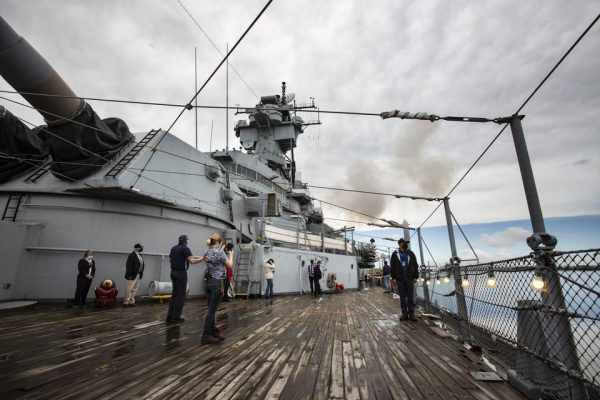 Smoke lingers in the air from a shot fired from the Battleshipu2019s 5-inch gun.
(Michael Mancuso | NJ Advance Media/TNS)

Attended by only a handful of people maintaining social distance, the speaking portion was moved inside due to rain earlier in the morning.

In his remarks, Capt. Walt Urban, USN (ret), who once served aboard the USS New Jersey, began by acknowledging the Memorial Day weekend saying, “We honor our sacred war dead, those men and women who in our military, gave their lives for our freedoms. 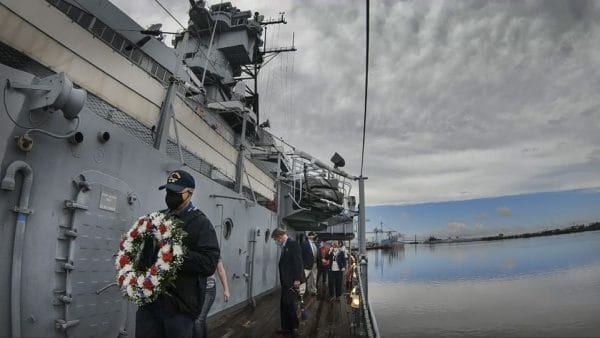 “This is a time for us, particularly during the coronavirus pandemic, to reflect on their sacrifice as we honor their memory.”

Capt. Urban said the ship is unparalleled, becoming the most decorated battleship in the history of the United States Navy, in World War II, Korea, Vietnam, the Middle East and the Cold War. 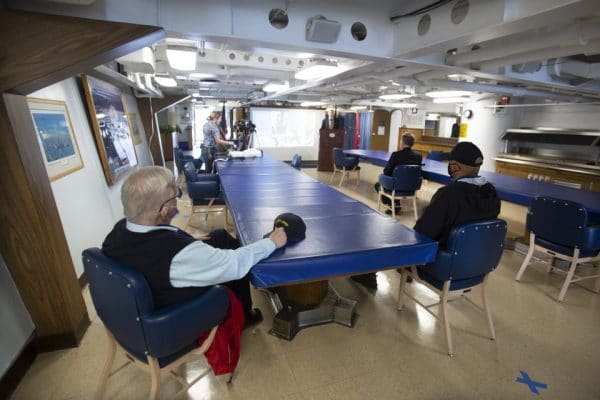 “The Battleship New Jersey was the only warship in the U.S Navy to be commissioned once, and then recommissioned three times, such was her longevity,” he added.

The ship was decommissioned for the last time in 1991.