The Georgia State Patrol has identified a Moody Air Force Base airman who died in a vehicle accident Thursday in Lanier County.

Conner Kendall, 26, died when his ATV flipped over in a field off North Moody Drive, according to a statement from the patrol.

Kendall was part of the 723d Aircraft Maintenance Squadron. 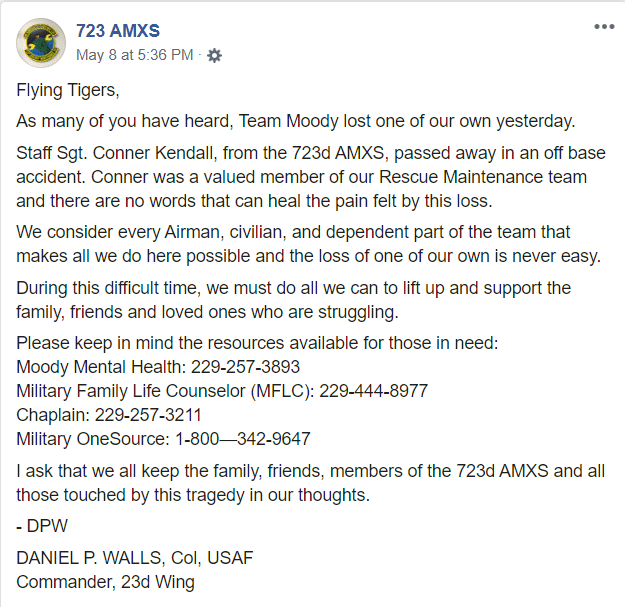 A man who lives in a house close to the accident site heard the four-wheeler revving sometime between 11:30-11:45 a.m., Trooper Chandler Poore said. “That’s the only indication we have as to when the accident happened,” he said.

The airman had only bought the vehicle a couple of days earlier and was not an experienced four-wheeler driver, the trooper said.

“It just flipped on him,” Poore said.

The cause of the vehicle’s flipping is not known; Poore was found pinned underneath, the statement said.