Dr. Stephen Markovich has had two distinguished careers: one in the military, with the United States Air Force and Ohio Air National Guard, and the other as a physician and administrator with OhioHealth, where he is president and CEO.

He joined the Air Force after college, logged more than 2,000 hours as a fighter pilot, flying the A-7D Corsair and F-16 Fighting Falcon on three Middle East deployments. He switched to the Ohio Air National Guard after being accepted into medical school at Ohio State University, led the development of the military medical-response task force that responds to medical disasters in the state, rose to the rank of Major General and served as Commander of the Ohio Air National Guard during his 38 years of service. 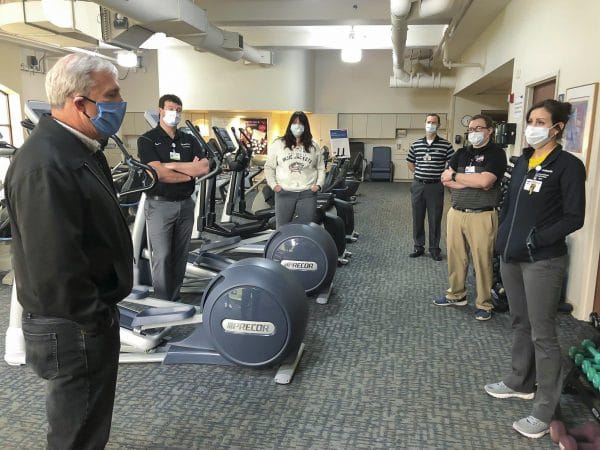 In his “other” career in medicine, Markovich practiced family medicine and was an emergency-room physician. He was president of Riverside Methodist Hospital, served as OhioHealth’s senior vice president for acute care operations and was named president and CEO of the region’s largest health system in July. He leads a network of 35,000 employees across 12 hospitals, and 200 ambulatory sites, hospice, home health and other health services.

This background and the lessons he’s learned have helped Markovich lead during the COVID-19 pandemic crisis. Markovich recently spoke with Columbus CEO about his experiences.

Markovich: We started hearing about and learning about this new flu-type virus in December. We watched it through January and began active discussions. (In February) we began more active planning and then a complete incident command system. 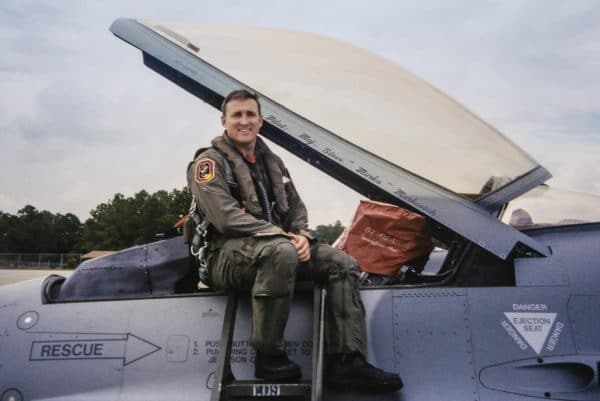 The hub is here (at the OhioHealth Blom Administrative Center on the North Side) with spokes on all our campuses. It’s all about creating the right team and structures and role clarity, and empowering our people to make decisions. It’s how you protect your people and protect and communicate with your patients, and how you manage your supply chain.

Q: When was your first confirmed case among employees?

Markovich: I can’t give the specifics, but we have had several positive results (for COVID-19), and we submit all that information every day to the state. Early on, it took about seven days to get the (test) results. If someone was sick and dehydrated and not able to take care of themselves, they were admitted and treated as if they have COVID-19 until we got the test results back and knew. Now, it’s down to hours, less than two hours with our in-house testing kits.

Q: Do you think the decision to shut the Arnold Sports Festival to spectators helped slow the spread of COVID-19 here in Ohio?

Markovich: I think when we look back, in retrospect, it will be significant. We may never know the exact number of cases it prevented, but it sent a message that we are taking this seriously and putting the health of the community in front of the economic impact. It was a very strong message from Gov. Mike DeWine and (Columbus) Mayor Andrew Ginther and put Ohio out in front.

Q: Everyone’s talking about the strain this is putting on hospital staffs. How are you bringing in new people?

Markovich: We’ve created a process to add to our medical staff: new graduates from medical school, and residents and physicians in the community who are not affiliated with our hospitals or are retired that have a relationship with us. And new nurses, even before they’ve taken the nursing exam.

Markovich: It’s composed of senior leaders responsible for 10 areas: supplies, inpatient, emergency department, surgery, access/security, redeployment of personnel, ambulatory, employer services, home care and communication. We have a daily video meeting, and each team leader gives an update, and my job is to give them what they need from me and senior management to get their jobs done.

Q: How long do you think the COVID-19 pandemic will last?

Markovich: We just don’t know. It could last nine weeks, it could be 16 weeks or even into the fall. We just don’t know. We hope for the best and plan for the worst. And, if it takes a year to develop a vaccine, we could have another round of this in the next flu season.

Q: What did you learn about leadership in the military that’s helping you now?

Markovich: It’s all about people. It doesn’t matter if it’s combat or surgery, leadership is all about how to get people to work cohesively and collaboratively and achieve more together than they could on their own. You do it by inspiring and challenging and teaching. You have to build trust, and people have to know you’ll go to the mat for them and you’re invested in their development and their lives. I have had some experiences that forced the development of these skills.