Police in Maine are trying to figure out if the strange smudge-like markings left on U.S. Army Master Sgt. Gary Gordon’s gravestone are a deliberate engraving in progress or an act of vandalism.

The Lincoln Police Department in Maine published photos of the markings on the gravestone in a Facebook post on Tuesday. The photos showed a dark smudging along the lettering of the gravestone for Gordon, who is a Medal of Honor recipient.

“It’s with an extremely heavy heart, we’re asking for your assistance again. MSG Gary Gordon is not only a hometown hero for Lincoln, he’s an American Hero!! This vandalism to his gravestone is believed to have occurred sometime within the last 2 weeks.”

The police department considered one theory, that the markings on the gravestone were part of an effort to add gold lettering, however, the family was unaware of any planned maintenance or modifications to the stone.

“There has been talk that this may have been done as an additional honor, where Medal of Honor recipients have gold, inlaid to the engravings and that this is still a work in progress. If that is the case, the family was never notified that this was happening,” the Lincoln Police statement continued. “If anyone has any information about who did this, maliciously or with honorable intent, please contact us at 794-2221. If you are the person who did this and did it as purely an act of vandalism, do the right thing and turn yourself in. Before we find you….. Thank you.”

A California mortician who spoke with Business Insider on the condition of anonymity, further speculated as to the theory that there was an attempt to add gold lettering to the grave.

“We don’t do it unless the family requests it,” the mortician said. “What happens with these is that over time the paint will fade. I don’t know if someone was trying to clean it or [refresh] it. We’ll go in and re-sand the letters and repaint them because it only last so long because of the weather.”

The mortician added, “It almost looks like somebody did a bad job trying to clean it.”

WABI 5 reported Thursday that the gravestone had since been cleaned, but Gordon’s family was still seeking answers as to what happened in the first place.

Gordon, an Army Delta Forces soldier, was awarded the Medal of Honor for his actions alongside those of Sergeant First Class Randy Shughart, during the Battle of Mogadishu in Somalia in October of 1993. He and Shughart volunteered to go into harm’s way to rescue the crew of a U.S. Army Black Hawk helicopter that had been shot down over the city, and fought to defend the crew, knowing backup might never come to their rescue. 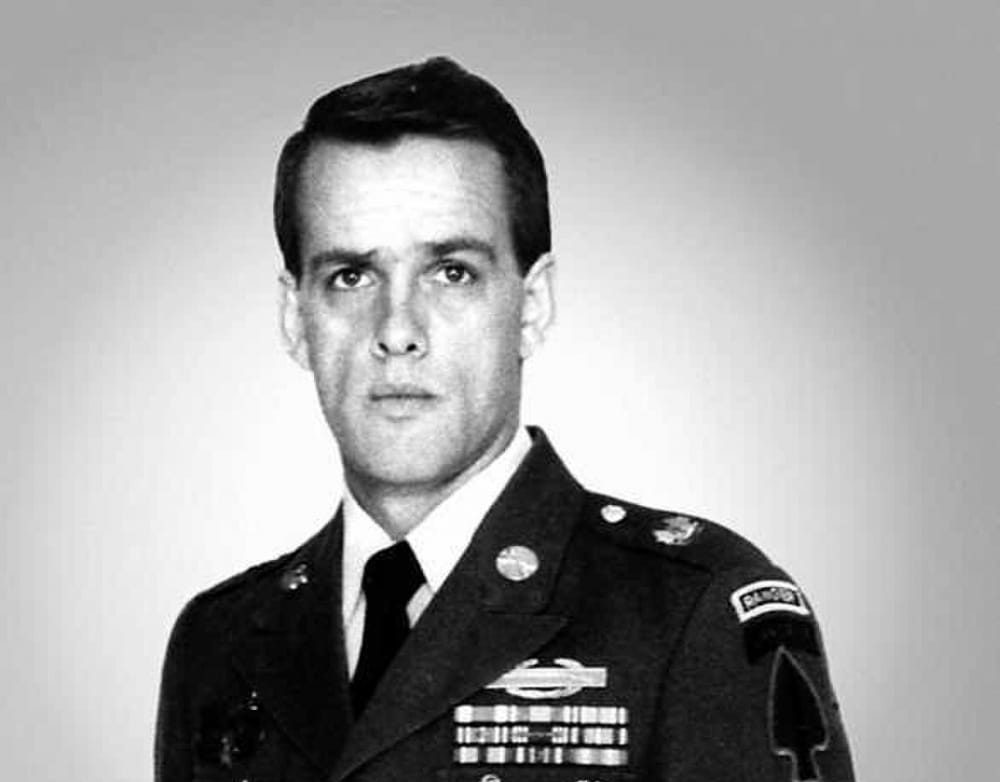 Gordon and Shughart’s requests to go help the crew were twice denied, due to the lack of reinforcements and the dangerous situation growing near the crash site.

Gordon and Shughart defended the crash site to the death, in an action that allowed one of the pilots to live and eventually be recovered.