A highly-decorated commander of one of Camp Pendleton’s most battle-worn battalions died suddenly just a few weeks after relinquishing command.

Lt. Col Geoffry Hollopeter, a respected leader in the Marine Corps, died on April 3 after going into cardiac arrest, Marine Corps officials announced Tuesday, April 28. Prior to his death, he twice tested negative for COVID-19, the disease that comes from the coronavirus.

“Lt. Col. Hollopeter was well-known throughout the Marine Corps for his impeccable character and intellect,” said Col. Robert Weiler, commanding officer of the Fifth Marine Regiment. “He led his Marines with humility, and was a servant leader of impeccable moral and ethical code who shaped the lives of countless Marines.” 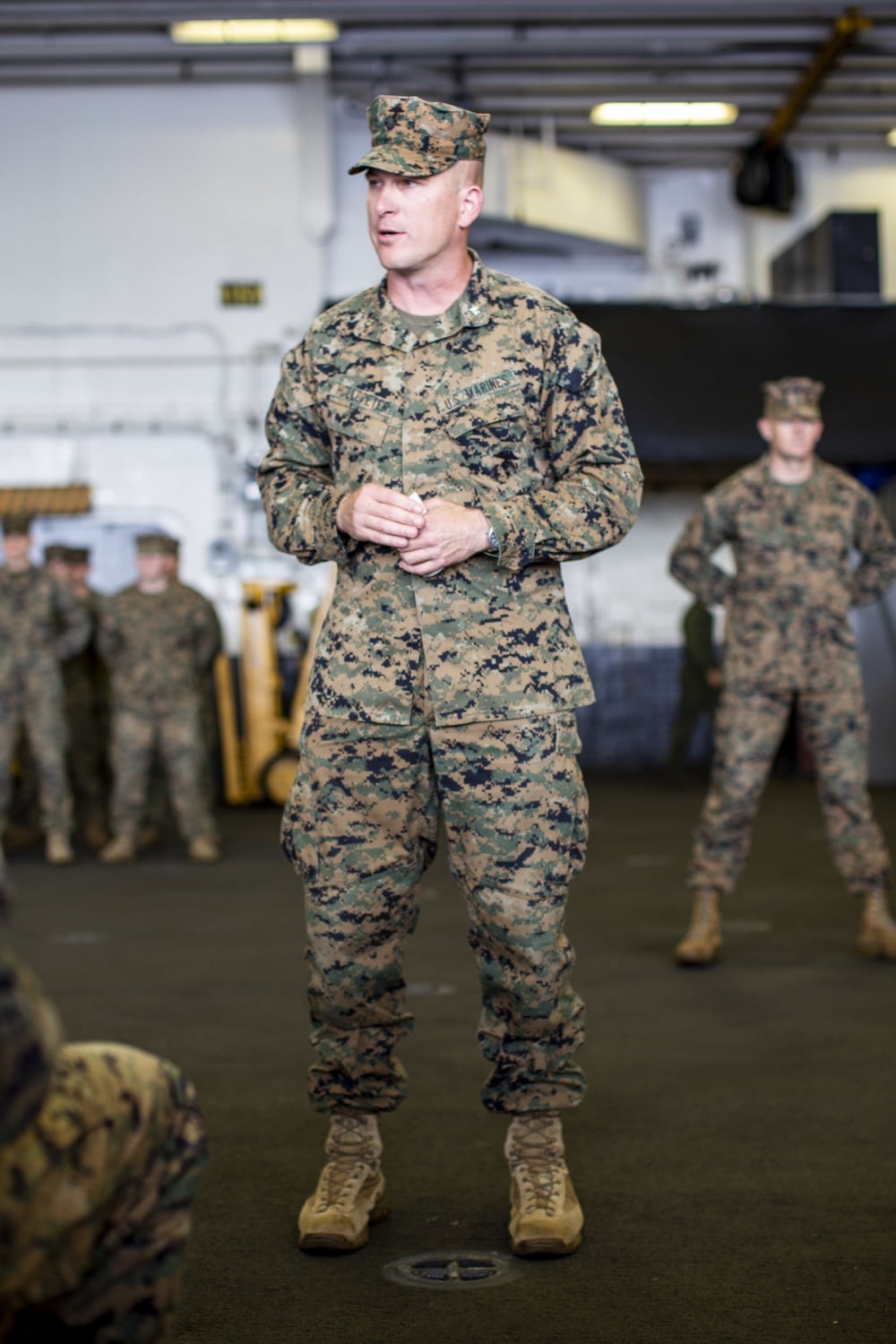 Hollopeter first entered service as an enlisted Marine. During his more than 20 years in the Marine Corps, he stood out for many things including his combat deployments to Iraq and Afghanistan. His medal stack is significant and includes multiple Bronze Star medals, including one with a combat “C,” meaning it was awarded for meritorious service under fire. He was wounded and awarded a Purple Heart and was awarded the Marine Corps’ Meritorious Service Medal.

Hollopeter took over the 3rd Battalion, 5th Marines at Camp Pendleton in February 2018, and had just handed the command over to Lt. Col. Benjamin M. Middendorf a few weeks before he died. 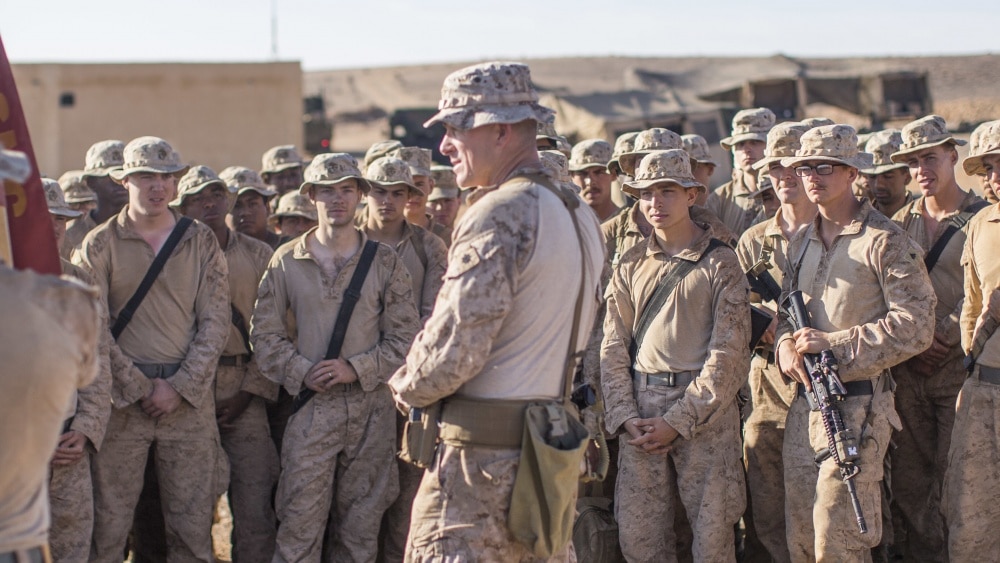 Since relinquishing command, he took leave and then went to Marine Corps Air-Ground Combat Center Twentynine Palms, where he observed an officers training course. Hollopeter’s next assignment was going to Marine Corps Base Quantico this summer to become the next director of the Infantry Officer Course.

Marine Corps officials say it was no surprise Hollopeter was assigned – at the age of 43 – to command the 3/5, a unit steeped in combat lore. Having risen through the enlisted ranks and then commissioned, Hollopeter related exceptionally well to the Marines under him. 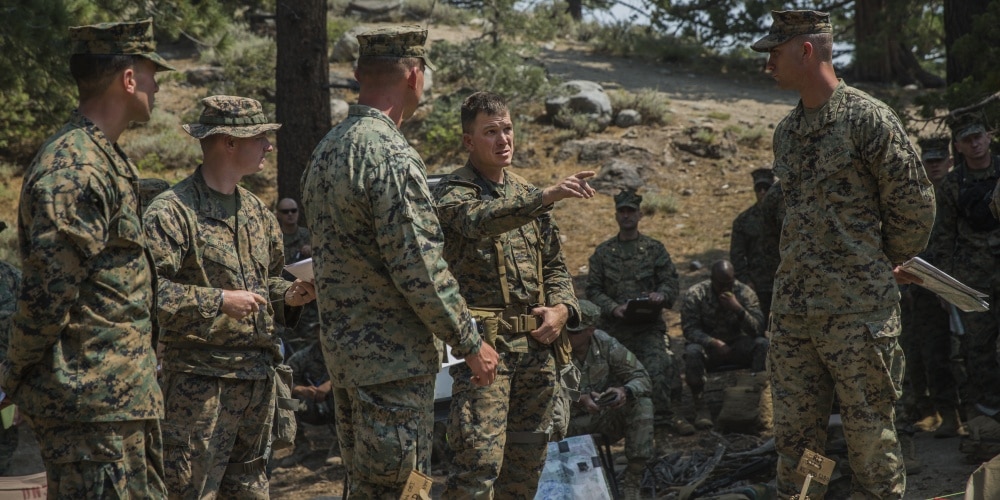 The battalion was adopted by the city of Laguna Hills in 2008 and supported by a community group known as Team Darkhorse. Each year, the group holds the annual Memorial Day half marathon and raises about $10,000 to support the 3/5 Marines and their families. Hollopeter participated in the annual Memorial Day ceremonies and ran the race in 2018.

As his battalion was preparing to deploy during the spring of 2019 with the 11th Marine Expeditionary Unit, Hollopeter still found time to travel to Laguna Hills and make a presentation to the City Council. His Marines were later involved in jamming and bringing down and destroying an Iranian drone in the Strait of Hormuz on July 19. 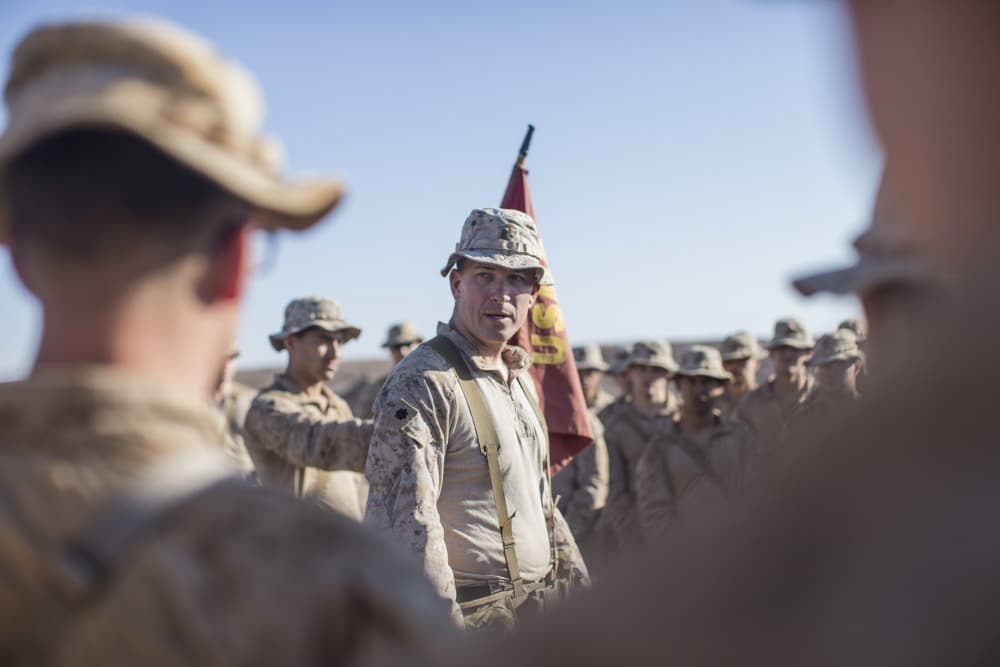 “Immediately obvious when watching him interacting with everyone, was that he was a sincere and genuine listener,” she said. “Moving among his Marines at the holiday party, it was clear to me he wanted to hear from them, not talk at them. His attention to the Marines was clearly genuine and personal concern.”

While “bright” and “highly accomplished,” Robbins said for her, and she believe for others in the community group, “his gentle kindness and compassion left the greatest personal impact, and what we will always remember. His passing was devastating to everyone.”

Hollopeter, of Oceanside, leaves behind his wife and four children.