On Friday afternoon, people in downtown Muskegon may have heard an unusual sound: three long whistle blasts, followed by two short ones. 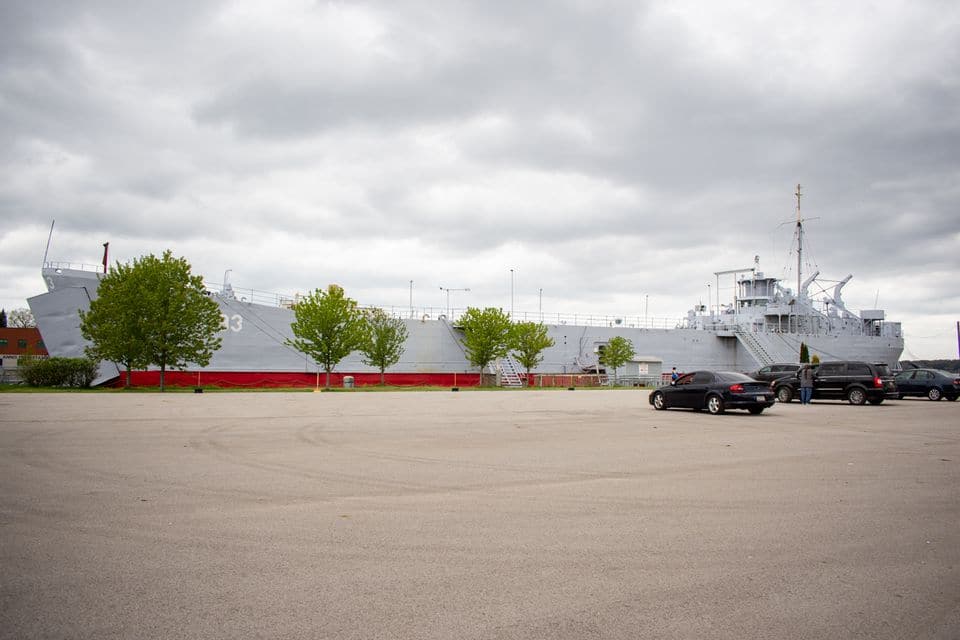 That was a “Master’s Salute,” sounded from aboard the USS LST 393, a World War II landing ship that serves as a history museum off the Mart Dock on Muskegon Lake, 560 Mart St. 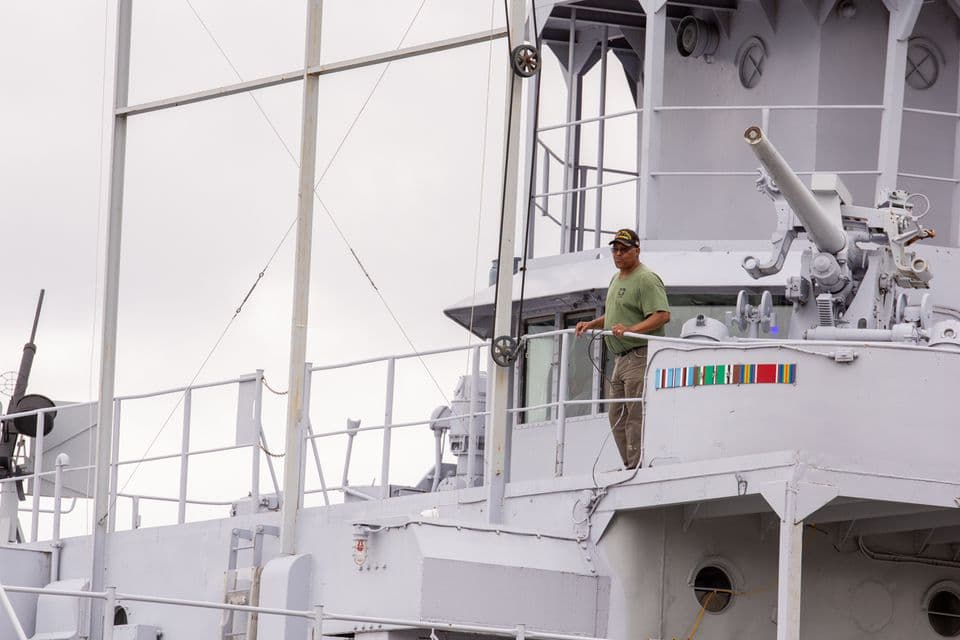 A veteran stand on the USS LST 393 Veterans Museum in preparation of the Master’s Salute in Muskegon, Michigan on Friday, May 22, 2020. The salute was apart of a program for several military museums in the area to honor front-line responders. (Alison Zywicki/Mlive.com/TNS)

Elsewhere, off the channel bridging Muskegon Lake and Lake Michigan, the USS Silversides, a submarine that was also a part of World War II, sounded its “diving klaxon.”

Both historic military vessels were participating in a tribute to first responders in the coronavirus outbreak, part of a national salute organized by the Historic Naval Ships Association.

“West Michigan heroes on the front lines fighting the coronavirus pandemic don’t toot their own horns, so Muskegon’s USS LST 393 will do it for them,” reads a press release from the USS LST 393 Veterans Museum, which would typically be open for museum visitors by this time of year.

USS Silversides, 1346 Bluff St., is also closed to visitors as the statewide stay-at-home order continues during the ongoing coronavirus pandemic.

A “Master Salute” is a formal salute, sounded by a watercraft during special occasions. Those within range of the Veterans Museum will hear three long whistle blasts, followed by two short blasts, throughout the downtown area, according to the press release. 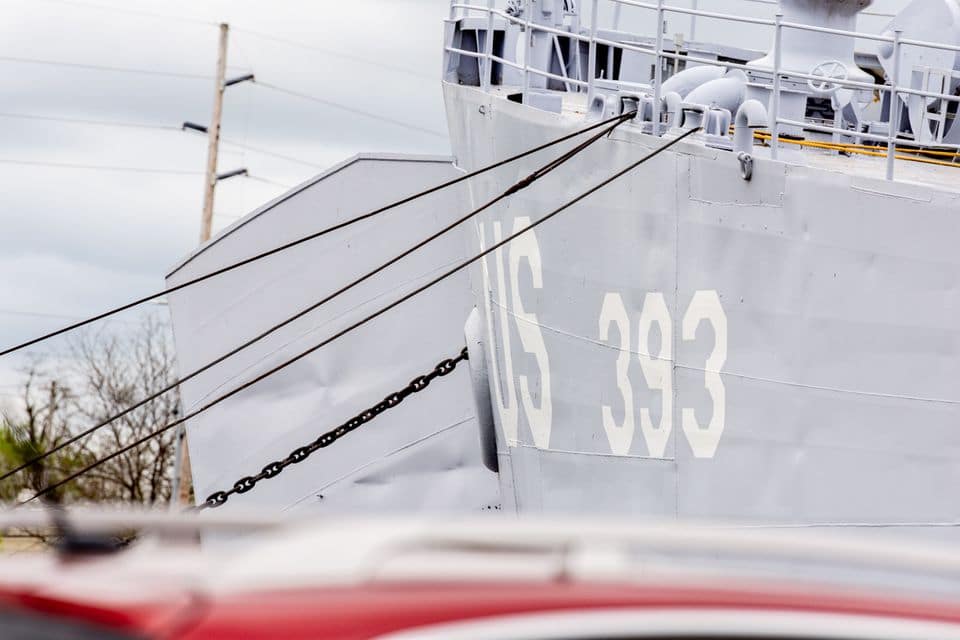 The left side of the USS LST 393 Veterans Museum in Muskegon, Michigan on Friday, May 22, 2020. (Alison Zywicki/Mlive.com/TNS)

The 78-year-old USS LST 393 was at Omaha Beach during the D-Day invasion of Normandy, France. USS Silversides was commissioned shortly after the attack on Pearl Harbor, and served with the Pacific Fleet in the East China Sea.

The event honored both the frontline workers, as well as ordinary people who have given things up during the coronavirus outbreak, as evidenced by the fact that these military museums are closed for safety reasons, said William Cogar, the Historic Naval Ships Association’s executive director.