The Freedom Alliance charity announced on Monday a $2 million pledge for college scholarships specifically for the children of fallen or disabled military service members.

College-age dependent children of a U.S. service member who died in combat or training accident, or was designated 100 percent totally and permanently disabled due to a combat injury, are eligible to apply for the scholarship. Students can apply online at the Freedom Alliance Scholarship Fund website.

“It’s very special,” Freedom Alliance President Tom Kilgannon told American Military News about what it means to give back to the children of fallen heroes. “These kids are very special.”

Freedom Alliance was founded in 1990 by Vietnam veterans Marine Corps Lt. Col. Oliver North, who is now retired and serves as an Honorary Chairman, as well the late Marine corps Lt. Gen. Edward Bronars. Kilgannon has been with the charity since 1998.

The group has been providing scholarships for most of its 30 years, but ramped up those efforts after 9/11. It has now provided more than $16 million in scholarships for almost 2,000 students.

Applications are accepted on a rolling basis, and can be renewed for three years, for a total of four scholarships. Scholarships don’t cover students’ full tuition, but are awarded based on students’ need and cover a significant amount of their college expenses. 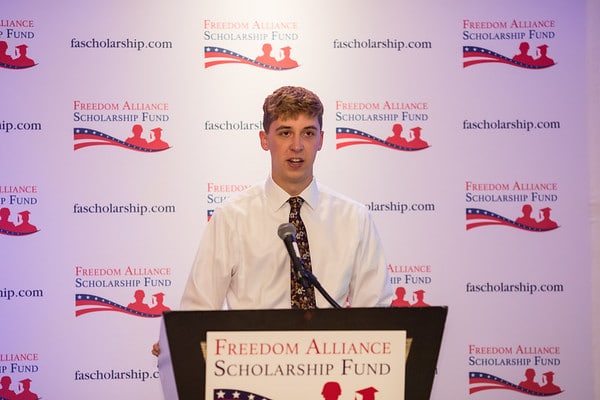 Scott Zangas, a junior at the University of Pittsburg studying cybersecurity. He is shown here speaking at the Freedom Alliance Scholars Reception in the summer of 2019. His father Robert Zangas was a Marine (LtCol) who lost his life in Iraq on March 9, 2004. (Photo courtesy of Tom Kilgannon/Freedom Alliance)

“This year, it’s even more meaningful than others because we’re in the middle of this pandemic and people are distracted by what’s going on,” Kilgannon continued. “We have to ensure that we maintain our focus, that those who sacrificed their lives for us — 10, 15 years ago – that we don’t forget about them or their kids.”

Some of the scholarship recipients are chosen to be ambassadors for the charity, who will speak about the scholarship’s impact on their lives, and share their stories with others. Students also speak in front of audiences at Freedom Alliance’s annual event in December as well as other events throughout the year where they also get to share stories about their parents. 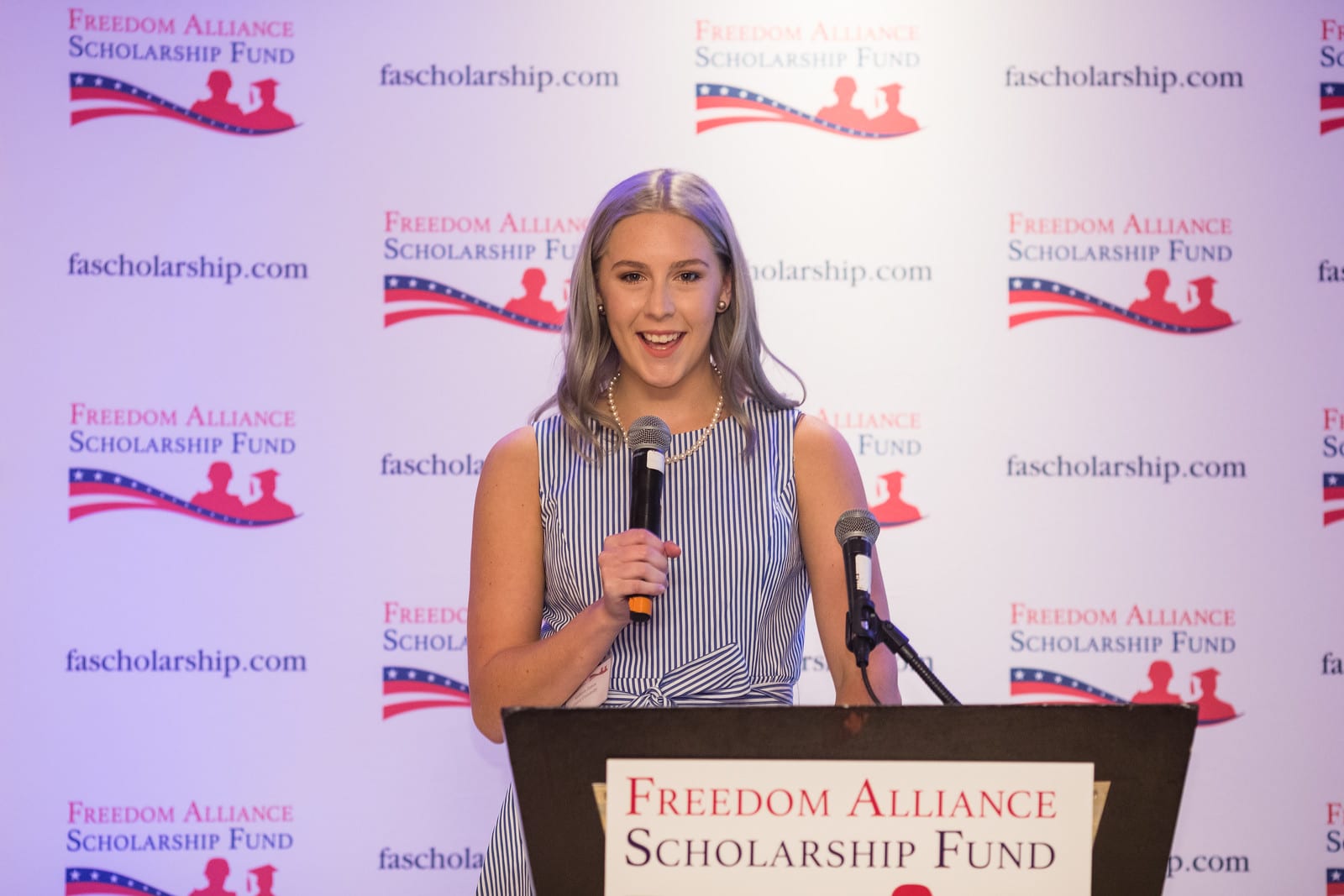 “This scholarship is a reminder to them … that their parent did something very special for our country. Their parent was a hero. The meaning behind the scholarship is very significant, and the students really appreciate that,” he said.

In some cases, Freedom Alliance has provided scholarships to multiple siblings in a family, offering a major impact on a single family.

“Over the course of their college education, this can be a very meaningful, significant financial benefit to those kids,” Kilgannon said.

Statistics on the number of children of fallen or wounded heroes aren’t easily found. Department of Defense figures from 2010 estimated that 3,700 children lost a parent in the line of duty, and 41,000 children had service member parents wounded, injured, or ill.

Aside from scholarships, the charity has also spent millions supporting injured veterans, providing care packages for deployed troops, supplying homes and wheelchairs to veterans in need, and more.