The U.S. Navy sent another warship to the South China Sea in its latest freedom of navigation operation, prompting a furious reaction from China in which they claimed to have “expelled” the warship.

“On May 28 (local time), USS Mustin (DDG 89) asserted navigational rights and freedoms in the Paracel Islands, consistent with international law,” Lt. Anthony Junco, a spokesperson for the US Navy’s 7th Fleet, said in a statement. “By conducting this operation, the United States demonstrated that these waters are beyond what China can lawfully claim as its territorial sea.”

The guided-missile destroyer USS Mustin conducted the operation within 12 miles of the Paracel Islands, which are claimed by China, Vietnam, and Taiwan, a U.S. Navy official told CNN. 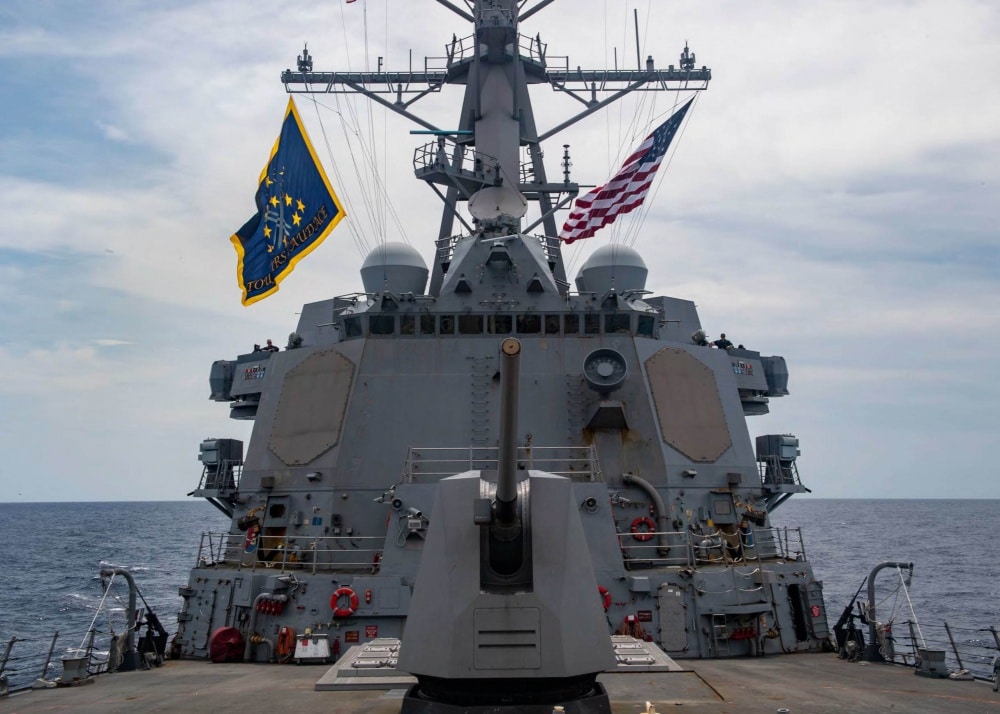 China operated an airfield on the islands and has used it to land bomber aircraft.

Li said that Chinese aircraft and ships followed Mustin while it remained in the region, issued a warning, and “expelled” the ship.

China claimed to have “expelled” USS Barry in the region last month, though the U.S. Navy said the ship left on its own accord after conducting a routine freedom of navigation operation. China also claims it expelled USS McCampbell in March and USS Montgomery in January.

The U.S. Navy did not indicate any Chinese response to USS Mustin’s presence on Thursday, nor did it provide any indication that Mustin left earlier than planned.

“Mustin is underway conducting operations in support of security and stability in the Indo-Pacific while assigned to Destroyer Squadron (DESRON) 15, the Navy’s largest forward-deployed DESRON and the U.S. 7th Fleet’s principal surface force,” the U.S. Navy’s 7th Fleet said in a statement on Thursday.

The U.S. does appear to be conducting frequent freedom of navigation operations in the South China Sea, but says that all these operations are in accordance with international law.

On Sunday and Monday, the U.S. and Singapore navies conducted a joint drill in the South China Sea.