Fox News host and Army veteran Pete Hegseth is preparing to release his second book which calls on Americans to protect America and its freedom, which are currently under attack by its own people.

“American Crusade: Our Fight to Stay Free” will release May 19 and examines the threats of political divide to the nation, especially those that have come to light during the presidency of Donald Trump.

“To say that we’re a nation divided is an understatement,” Hegseth told American Military News. “We’re a nation politically at war with each other and it’s two very different philosophies.”

Hegseth explained that there is a clash of “Americanism” versus “leftism,” with the latter aspiring to restrict freedoms and transform America into something unrecognizable, which he says poses the biggest threat to the nation. 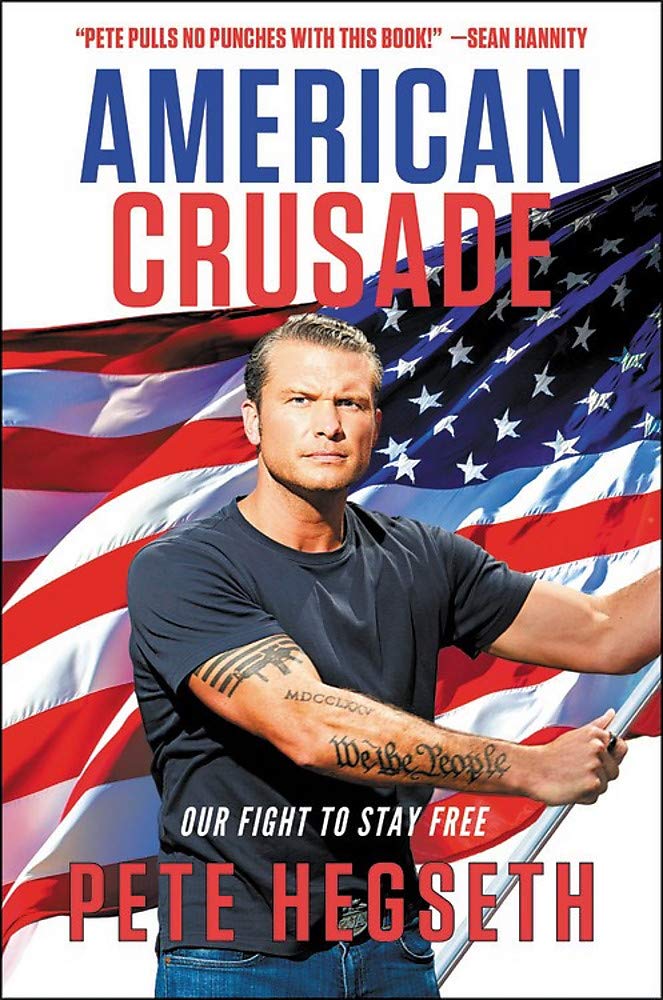 Describing himself as an old school patriot, Hegseth said he’s fighting back in support of American principles, and hopes readers will too. He wants readers to second guess whether they’re doing enough as individuals to help preserve the country.

“We are in a battle with each other, and whether or not patriots and conservatives win will determine if America stays America,” Hegseth said. “It’s a wake-up call for every freedom-loving American.”

Hegseth is a former Army major who deployed three times since 9/11, last returning from Afghanistan where he was the senior counterinsurgency instructor at the Counterinsurgency Training Center in Kabul from 2011 to 2012.

Hegseth previously served in Iraq with the 3rd Brigade of the 101st Airborne Division for its 2005/2006 deployment, serving as an Infantry Platoon Leader in Baghdad in 2005 and as a Civil-Military Operations officer in Samarra in 2006. He also served in Guantanamo Bay for a year guarding detainees.

He also holds two Bronze Stars among several other decorations for his time in Iraq and Afghanistan.

Hegseth credits his military service for helping shape his worldview, something he says he wrote about in his book.

“Without military service, I’d be lost in truly understanding human nature and the realization of the threat we face,” Hegseth said.

“When you’re deployed, everything else gets stripped away. When you’re with your brothers in arms in combat with a shared mission, all the frivolous garbage is gone and you’re able to focus on getting your guys home safe and accomplishing the mission. In that context, you really start to see how special America is,” he said.

His military service gave him the opportunity to see how other people around the world live in contrast to America, solidifying his view of America as a “truly wonderful and powerful” nation thanks to ideals like faith, capitalism, limited government, hard work, and equal justice.

Hegseth also pointed out that America has never fought to conquer, but it has always fought to liberate, which he says speaks to America’s nature.

“We all fight because we love what’s behind us. We love the American dream and the exceptional country that we have, and we’re willing to put our lives on the line around the globe to maintain that,” he said.

After his military service, Hegseth continued serving the military in a different capacity. From 2007 to 2012, he worked as Executive Director at Vets for Freedom. From 2012 to 2015, he served as the Chief Executive Officer for Concerned Veterans for America (CVA), the largest conservative veterans and military families organization in America.

He joined Fox News in 2014, where he currently co-hosts “Fox & Friends Weekend” and hosts various specials and documentaries, such as “America Together,” which tells inspiring stories during the coronavirus pandemic.