Friday April 24, 2020 marks the 40-year mark since the launch of Operation Eagle Claw, the U.S. special operations attempt to rescue U.S. hostages captured at the embassy in Iran.

On Nov. 4 1979, militant Iranian students stormed the U.S. Embassy in Tehran, Iran and took 63 hostages. Over the course of several months a few of the hostages were eventually released, but by April 52 hostages still remained in captivity. A plan was hatched to rescue the remaining hostages, but complications in coordinating the mission ultimately led to its failure and the death of eight U.S. service members.

A video released by the U.S. Special Operations Command (USSOCOM) details some of the difficulties that caused the mission failure.

The mission called for the deployment of dozens of special operations members to rescue 52 hostages and return them safely. Among the difficulties in such an undertaking was that the U.S. did not possess helicopters capable of making the long-distance flight the mission required. Part of the plan involved securing an airfield in neighboring Iraq, known as “Desert One” to provide a staging area for refueling during the mission.

Members of U.S. Army’s 1st Battalion, 75th Ranger Regiment, along with Delta Force operators and other personnel were part of the team brought in to rescue the hostages.

Altogether, the plan involved eight CH-53 Sea Stallion helicopters would carry the rescue team in to rescue the hostages in Iran, and then bring them back to the airfield, where the six waiting C-130’s would then carry all hostages and rescuers back to safety. 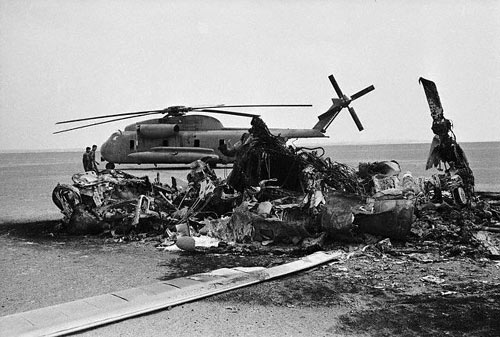 The plan was cut short when several of the aircraft required for the mission were rendered unable to fly due to a sandstorm. In total, three helicopters were either unable to fly to “Desert One” or unable to leave them that point. The planners originally stated that if the force had less than six helicopters, they would abandon the mission.

Having failed to bring in the required number of helicopters to carry out the rescue, the mission was aborted. The mission took another turn for the worse as the rescue aircraft were leaving “Desert One.” One of the helicopters collided with one of the transport planes carrying extra fuel. The resulting explosion killed eight U.S. personnel. 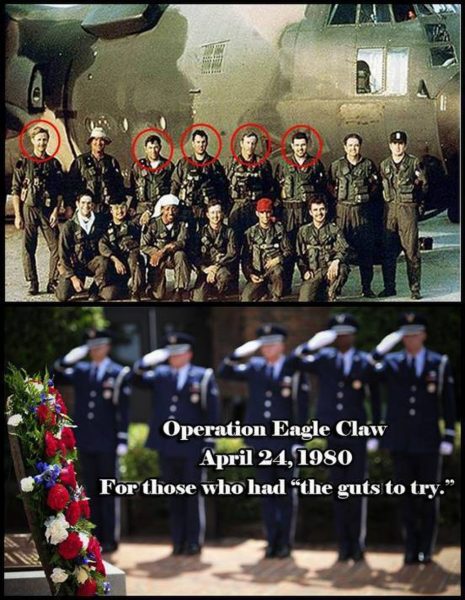 The Iran hostages remained in captivity for another 270 days after the failed mission.

Then-President Jimmy Carter bore much of the blame for the failed mission and lost the 1980 election to Ronald Reagan. The hostage crisis ended on Jan. 20, 1981, the same day as Reagan’s inauguration, according to a History.com timeline of the hostage crisis.

Despite the failure of the mission, USSOCOM credits the lessons learned from the mission as vital to the formation of the command.

Operation EAGLE CLAW ended in tragedy and served as the genesis of special operations forces reform and revitalization. https://t.co/Yn7sqVNMt2

“That event, in my view, was probably one of the most successful failures in history,” said retired Gen. Pete Schoomaker, “because it really led directly to the creation of the current special operation forces we have today and eventually the creation of USSOCOM.”

USSOCOM was formed on April 17, 1987, nearly seven years to the day after Operation Eagle Claw failed.

The USSOCOM video also noted that while the aircraft used during the 1980 mission were not capable of performing the mission without refueling stops, todays V-22 Osprey tilt-rotor aircraft could likely perform the same mission flights in a round trip time of about eight hours.