The bustle of Tampa International Airport was nowhere to be seen.

Escalators whirred quietly in the background as overhead lights dimmed above empty check-in counters. Upstairs, there were no lines to reach the four airsides. Typically, two employees monitor each entrance point, where travelers flash their boarding passes. Instead, a lone worker watches each side. No one is rushing now.

Many restaurants and shops were closed on the main level. Employees at Chick-Fil-A wore blue masks as they took orders. But at the Wendy’s next door, a cashier’s “Hi, how are you?” rang out clearly, no mask to muffle the sound. 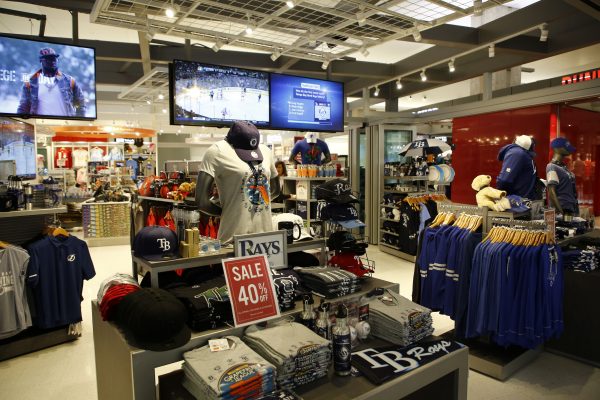 Not even passengers on the first flight out or last flight in are met with this scene on a typical day. But Thursday, as people have been warned against traveling to combat the coronavirus, there may as well have been tumbleweeds blowing through Tampa International.

The airport usually sees about 80,000 travelers a day this time of year. It’s now about 2,500, a drop of about 97 percent. The drop started about mid March with a steep decline of 80 percent and has only fallen from there.

“It started with our international flights,” Nipps said. “It felt extreme at the time, but now it’s like, ‘Of course.’ ”

James Zambon, who uses Tampa International as a base for his more than 400,000 miles of air travel each year, called the scene “eerie.” 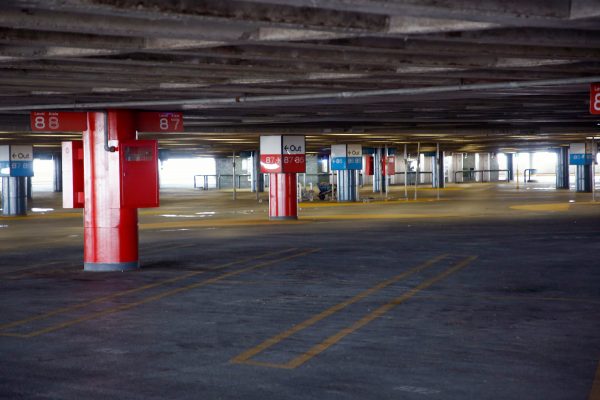 Each airside has one newsstand and one food option open.

At times, there are more employees than travelers present. The airport police seem to be out in great force, but it’s just that normal numbers seem higher given the low traffic.

St. Pete-Clearwater has one open store in its terminal, according to spokeswoman Michelle Routh. Market 361 is a newsstand with grab-and-go sandwiches and snacks. 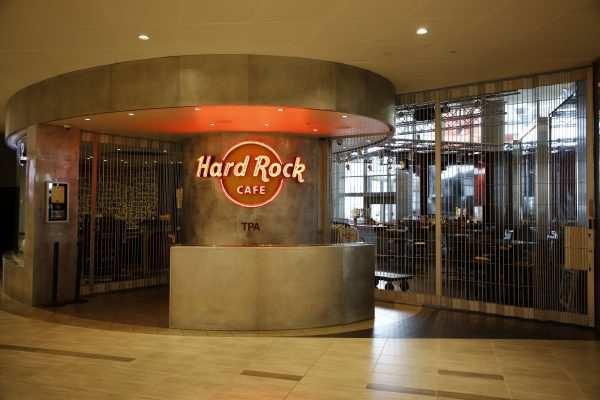 Zambon is a flight paramedic, meaning he travels with sick people who need to return home or go somewhere else for treatment (right now, that’s a lot of non-coronavirus patients returning to Canada). He’s been wearing a mask for the past four weeks and said in the last two or three, he has started seeing most passengers in masks, eye protection and even face shields.

He was the only person on his flight from Toronto to Tampa last week, but his flight to Philadelphia was “packed for nowadays,” at 20 to 30 percent of the plane.

“I feel like I have less contact with people when I’m traveling than when I go to the grocery store,” he said. “People who are traveling seem to be more acutely aware. When you go to Sam’s Club and people put a mask on, they seem to think they have a bulletproof vest.” 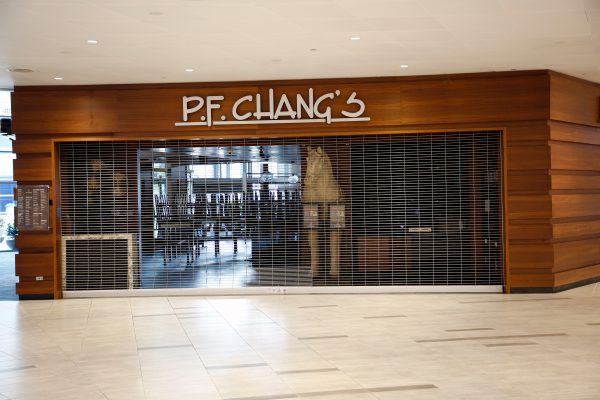 Leilani Smartt, 22, and Jewel Yiseman, 55, waited near the terminal gates for their respective flights home. Each had a row to herself on their way in, and expected the same Thursday afternoon.

Smartt, who flew from Tennessee to Tampa on April 17, was visiting her long-distance boyfriend in Wesley Chapel. She wore a mask and said she was adhering to CDC guidelines. She felt better seeing most people in masks and keeping their distance.

“I’m very worried,” her boyfriend, Ronald Crow, 21, said. “I keep telling her to keep her distance and wash her hands after every flight.”

Yiseman wore no mask as she repacked her carryon before her flight back to Kansas City. She usually flies every week for work and said she feels safe. Fellow travelers are respectful. The shorter lines are nice. She thinks things have been blown out of proportion. 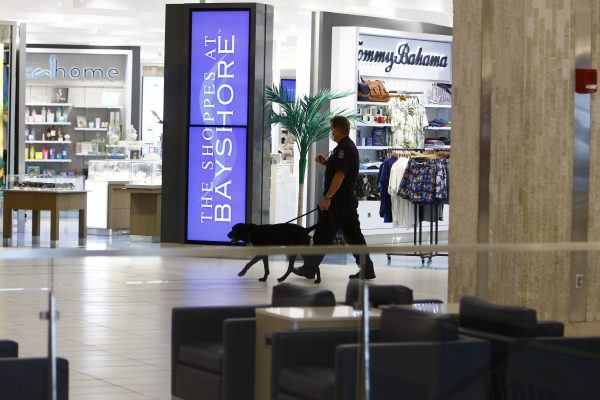 Tampa International has been shifting flights within the airport. If a given terminal only has a few flights, the airport closes it and moves the Delta flights to the American Airlines terminal, for example, rather than pay to operate both.

Entire floors of recently built parking garages are blocked off, windows shuttered as if a hurricane approaches.

The airport has also closed the blue side arrivals in part to save money and also to enable construction on a new express lane. That’s been the upside of the slow airport — the second phase of a big expansion continues without having to worry about impacting travelers. 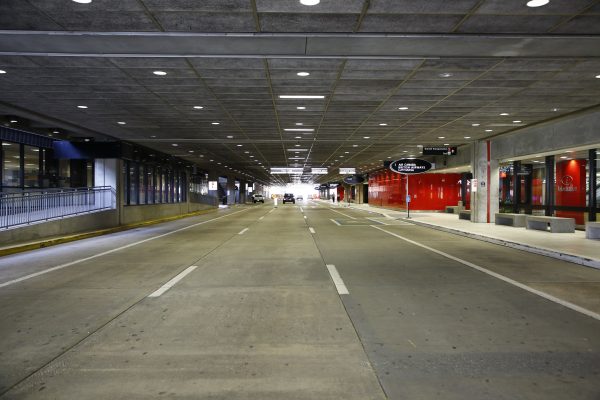 The red side arrival area is nearly devoid of vehicles at Tampa International Airport.
(Luis Santana/Times/TNS)

Grunberg has about 10 workers on site at any given time, all briefed each morning on safety guidelines from the CDC and the airport. He’s hopeful they might finish some projects ahead of schedule. His team is working on remodeling offices as well as adding nursing stations and animal relief areas to all four airside terminals.

“The Centers for Disease Control and Prevention recommends social distancing to stop the spread of germs,” the female voice chimed repeatedly. “Please keep 6 feet of distance from others while waiting for your bags or gathering in any area of the airport.”

Down on the baggage level, the belts were still. No one hovered impatiently for luggage. A woman in a face mask carried cleaning supplies into empty elevators, wiping down buttons. Charging stations sat wide open.

Outside, a single Yellow Cab waited.