Nearly 20,000 U.S. National Guard members, from all 50 states, plus three U.S. territories and the District of Columbia have joined the effort to combat the ongoing coronavirus pandemic.

On Friday, the U.S. National Guard posted an update on the number of its members taking part in those efforts to fight coronavirus. National Guard members have been working as medical staff in hospitals, distributing food to communities, managing drive-thru coronavirus testing, and converting facilities into makeshift hospitals.

Today, more than 19,700 National Guard members from all 54 states, territories, and the District of Columbia continue to fight the spread of COVID-19 with federal, state and local partners. 📷: https://t.co/dT0nztsmSM pic.twitter.com/rhHDfnB5yU

Last week, members of the U.S. Army Corps of Engineers (USACE) and the New York National Guard converted the Javits Center in New York into a temporary hospital to begin taking on additional patients in the state. 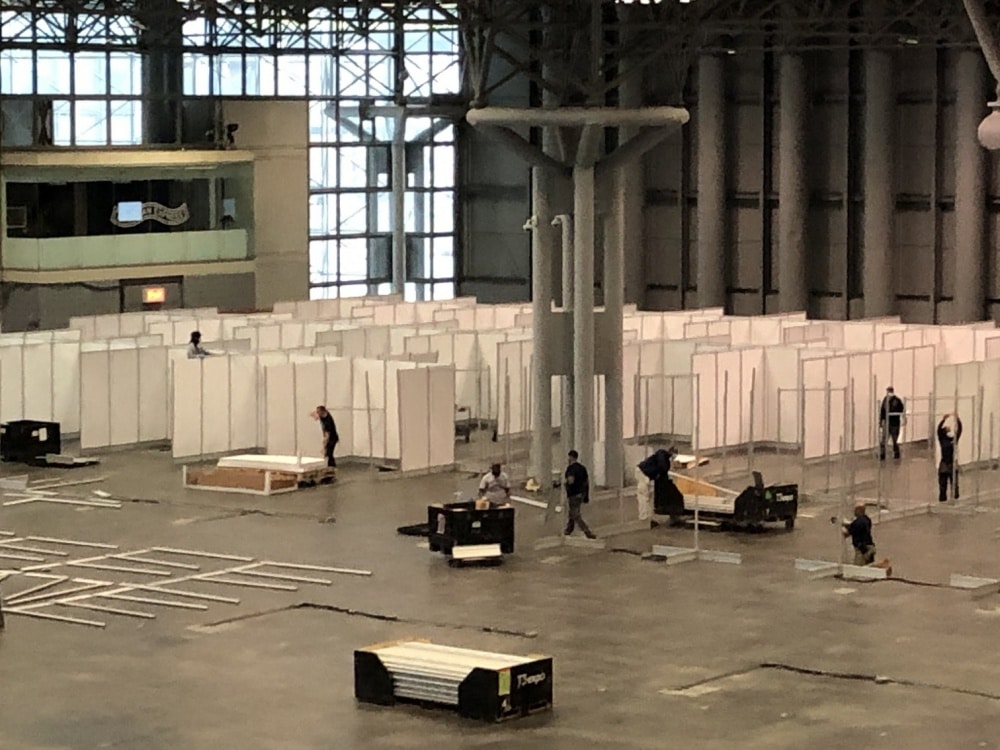 At the time, the USACE indicated it was looking at setting up a similar hospital in Seattle, Washington, and was reviewing up to ten other locations in New York that could be used for similar hospital measures.

Other efforts from the National Guard’s response across the nation have included the transport of medical supplies throughout the states. 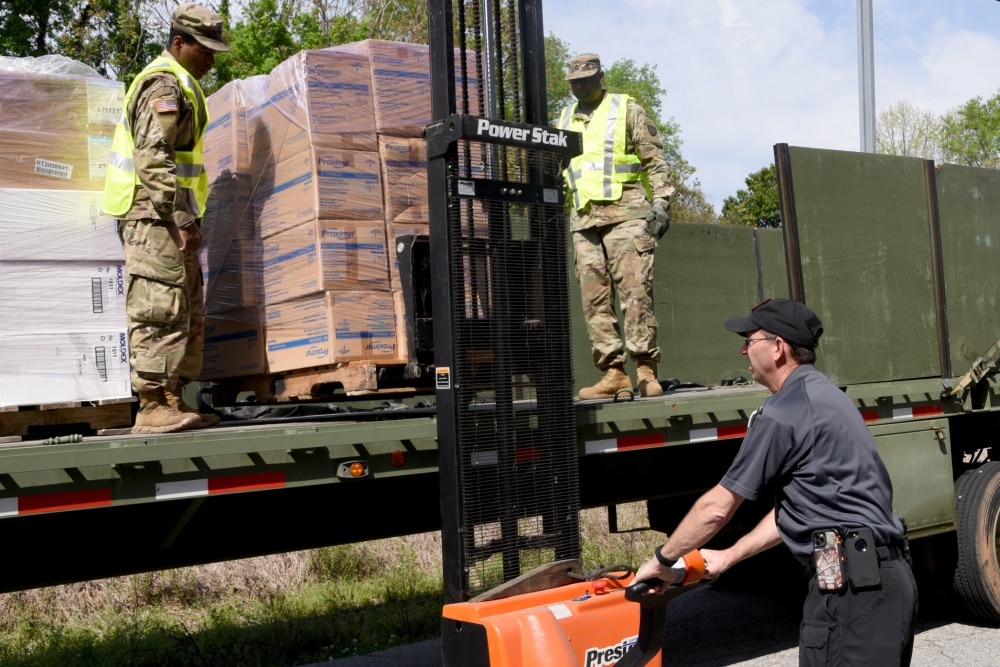 Members of the 1053rd and 1055th Transportation companies, South Carolina National Guard were pictured shipping personal protective equipment and other medical supplies to 46 of the counties in the state.

Members of Michigan’s National Guard have also been dispatched to help four food banks throughout the state, according to a military press release. The mobile food distribution centers have been relied on to provide food to between 300 and 600 Michigan families each day. 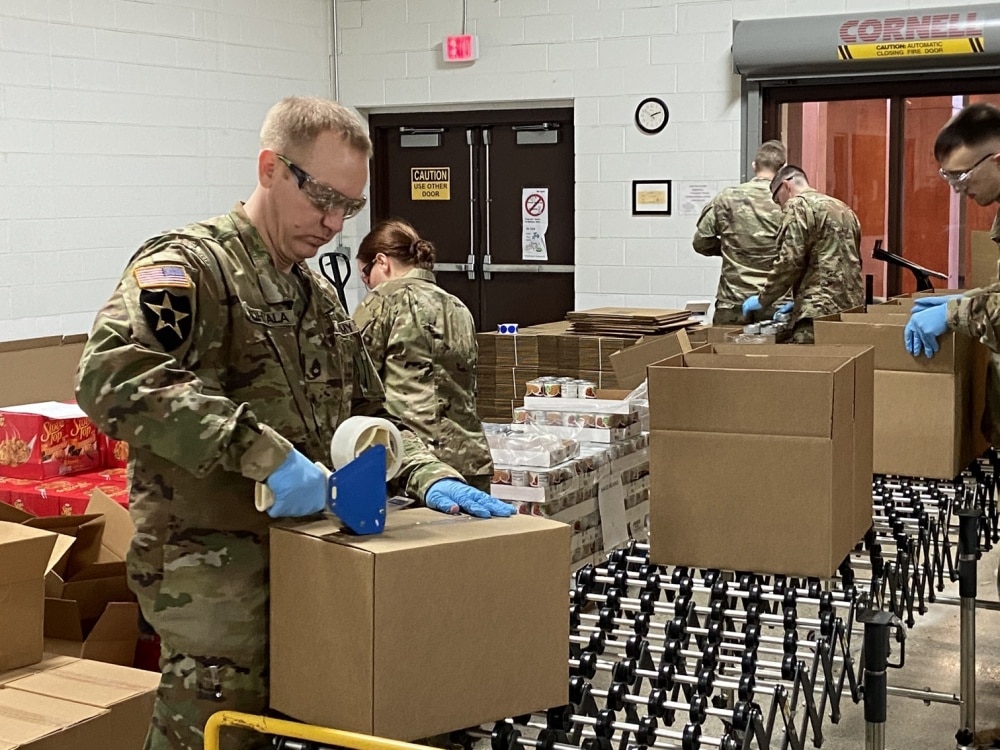 National Guard members in Washington have also assisted in food distribution efforts within their state. 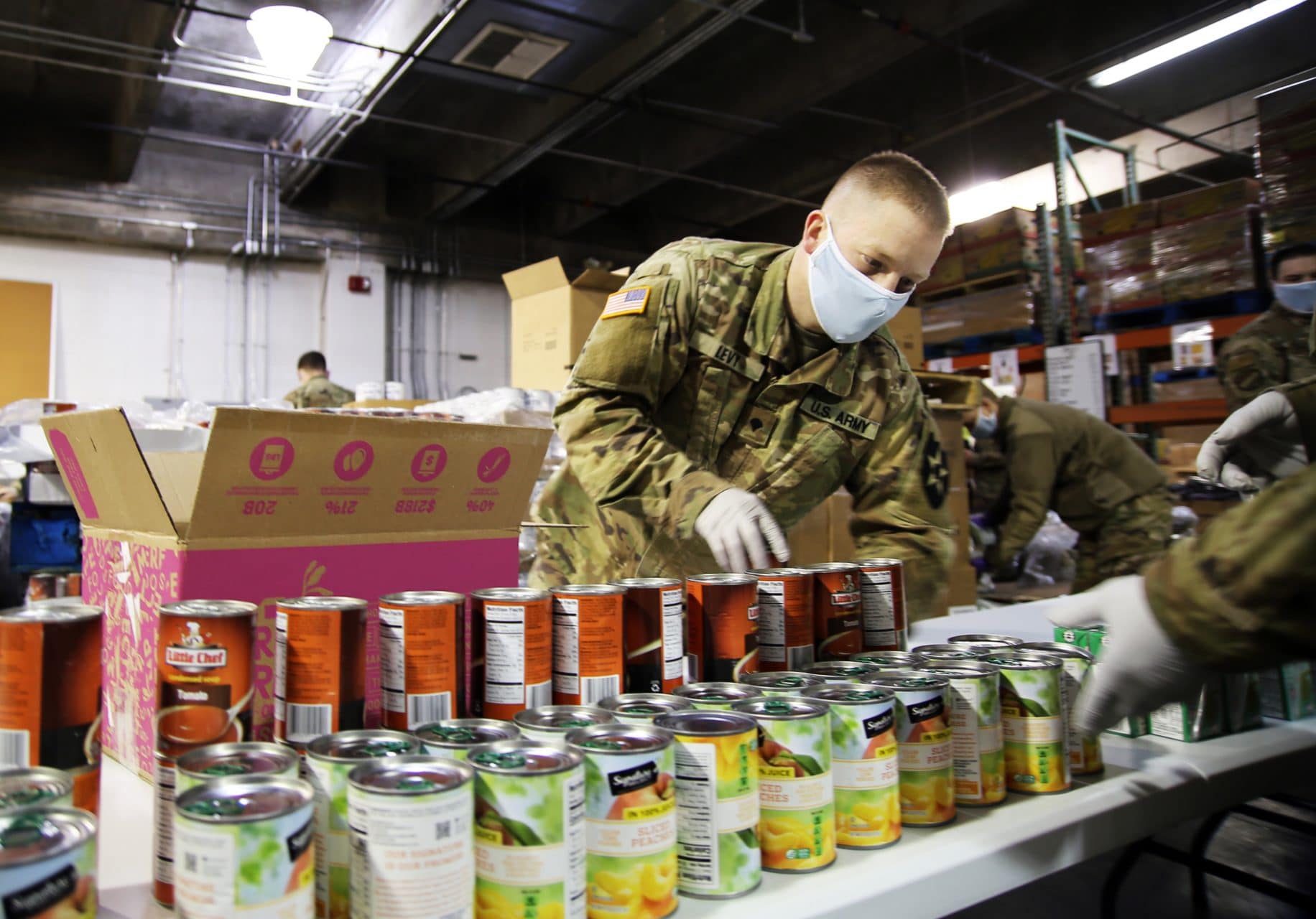