New York City has plans to turn parks into temporary cemeteries if the death toll from coronavirus continues to spike, according to a Manhattan politician.

With morgues and funeral homes overwhelmed, the city will dig trenches with 10 caskets each if needed, Councilman Mark Levine tweeted Monday.

“It will be done in a dignified, orderly — and temporary — manner. But it will be tough for NYers to take,” wrote Levine, D-Manhattan. 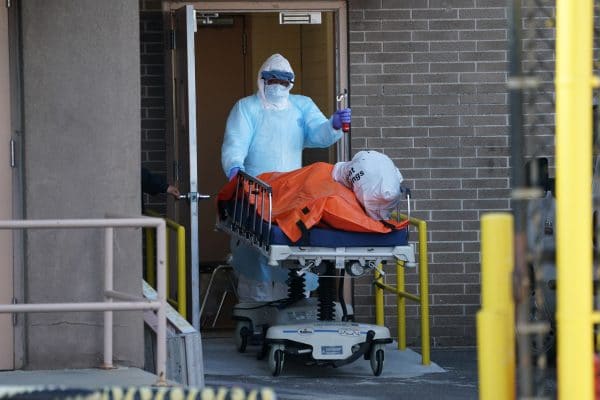 A body is moved to a refrigerator truck serving as a temporary morgue outside of Wyckoff Hospital in the Borough of Brooklyn on April 4, 2020 in New York. (Bryan R. Smith/AFP/Getty Images/TNS)

“The goal is to avoid scenes like those in Italy, where the military was forced to collect bodies from churches and even off the streets, added Levine, who chairs the Council’s Health Committee.

He emphasized the park burials are a “contingency plan” and “if the death rate drops enough, it will not be necessary.”

“We’re monitoring capacity closely, but there are no immediate plans to do this,” a spokeswoman for Mayor Bill de Blasio said in an email.

New York City had 67,820 confirmed COVID cases and 4,758 deaths as of Sunday afternoon, according to the Health Department. 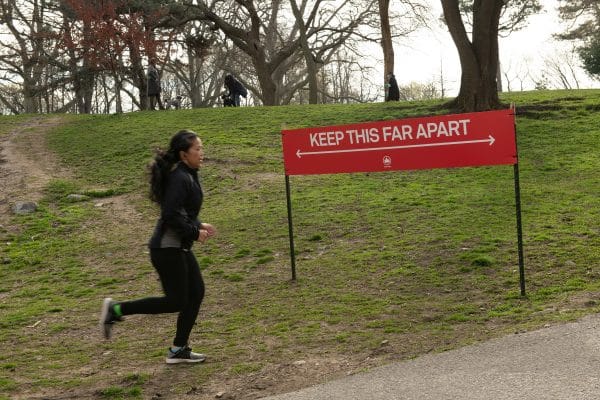 The park burial plan comes as some funeral homes have been so overwhelmed, they’ve stopped making arrangements for mourning families. The city built a massive makeshift morgue at Bellevue Hospital in Manhattan last month.

De Blasio said the city has the capacity to do “temporary burials,” but did not go into detail.

“If we need to do temporary burials to be able to tide us over to pass the crisis and then work with each family on their appropriate arrangements, we have the ability to do that,” he told reporters in Brooklyn.

He noted Hart Island in the Bronx — the final resting place of about 1 million New Yorkers, located in the Long Island Sound — is “the place we have used historically.” 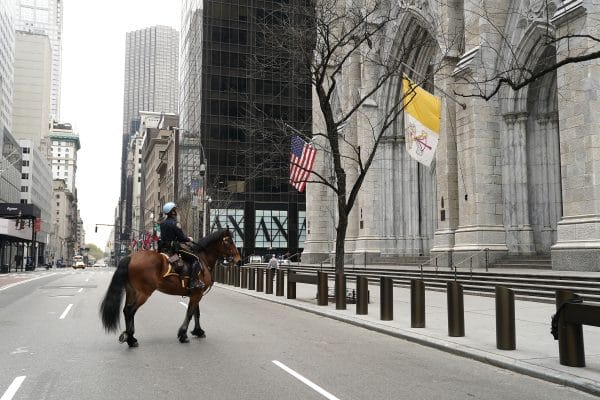 “We’re not at the point where we’re going to go into that,” de Blasio said.

A typical hospital morgue can hold 15 bodies, according to Levine, who said those are now full. He said 80 refrigerated trucks with a capacity of 100 bodies each “are now mostly full, too.” Brooklyn and Manhattan facilities run by the city’s Chief Medical Examiner “will soon be full.”

OCME did not immediately answer a request for comment. 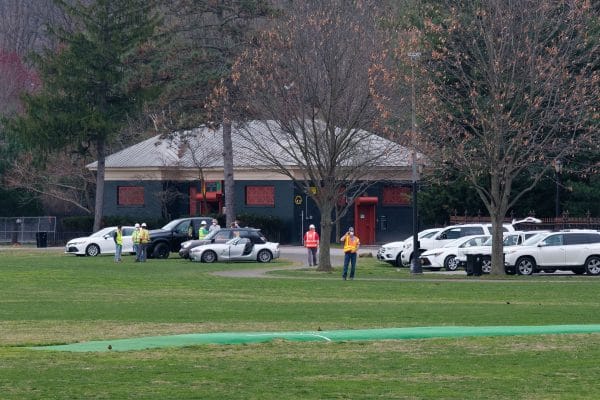 Workers are seen at the site of a field hospital inside Van Cortlandt Park in the Bronx, N.Y. on Sunday, April 5, 2020. (Gardiner Anderson/New York Daily News/TNS)

The criteria for starting burials at parks and specific sites under consideration were not immediately known.

“Nothing matters more in this crisis than saving the living,” the councilman wrote. “But we need to face the gruesome reality that we need more resources to manage our dead as well. Or the pain of this crisis will be compounded almost beyond comprehension.”