Springfield Mayor Domenic Sarno has called on the National Guard to assist the Springfield Police Department and bolster its numbers. The guardsmen and women started their duties at the triage tents set up to help the homeless population in Springfield on Wednesday.

“On Friday, Mayor Sarno and I, out of an abundance of caution, both agreed to request 75 National Guard members to assist the city,” wrote Springfield police Commissioner Cheryl Clapprood in an editorial for the Republican. “This is to assist with our public health crisis, not any public safety crisis.” 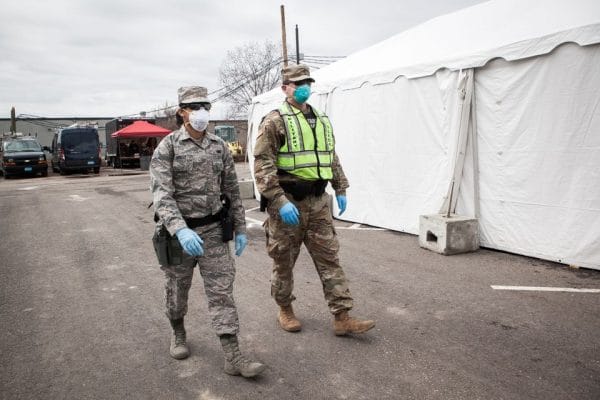 In less than two weeks, a 2- to 3-acre parcel across the street from the Friends of the Homeless shelter on Worthington Street has been transformed into a specialized triage center for homeless people potentially suffering from COVID-19.

A National Guard officer spoke to MassLive on the role that they will be involved in Springfield.

“Our role in Springfield is to assist the police department any way we can,” said Lt. Ian Deluce who has been an officer in the National Guard for a year. “We’re primarily on a site security mission which is here at the pop-up field hospital and our main goal is to just make sure the boundaries and the patients are secure.” 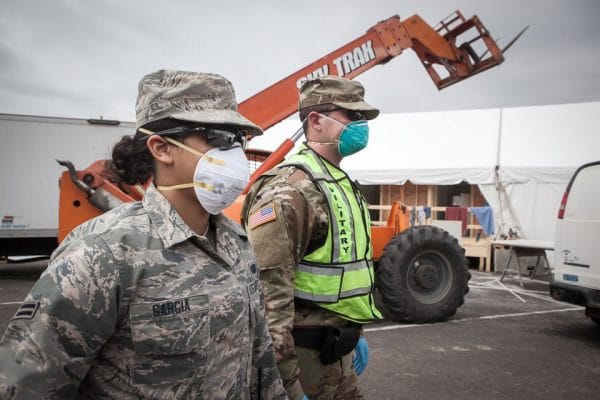 There will be five to six service members working per shift to protect and aid the operation on Worthington St.

“Many of the National Guardswomen and men are not military police,” wrote Clapprood. “But instead will provide medical services.”

The complex of three structures provides nearly 12,000 square feet of space split into three separate areas. The complex was due to open Tuesday, for what experts say could be a surge in COVID-19 diagnoses.

“I’m just here to help the people out make sure everybody stays healthy,” said Airman First Class Yadira Garcia who is a Springfield resident and has family in isolation. “My mom, she’s been isolated. She’s been staying home with a little brother. I’m not really too worried about that. [I’m] mainly worried about what’s going on in my city.”

Deluce told MassLive that he and his servicemen and women will be staying in Springfield for as long as they’re needed.