Marine combat vet dies after man punched, shoved him in front of train

Moments before he was punched and shoved by two men between the rail cars of a Red Line subway train last week, Mamadou Balde had a brief conversation with one of his attackers, Cook County prosecutors said Sunday.

It was unclear what words were exchanged on the platform at the downtown Jackson station, but Balde appeared to be smiling and joking with the unidentified man, despite momentarily raising his fists to his chin as if playfully “putting up his dukes,” prosecutors told a judge during a bail hearing at the Leighton Criminal Court Building.

While the apparently intoxicated Balde was still smiling, the man allegedly punched Balde in the face, knocking him backward toward a stopped southbound train just after 5 p.m. Tuesday. 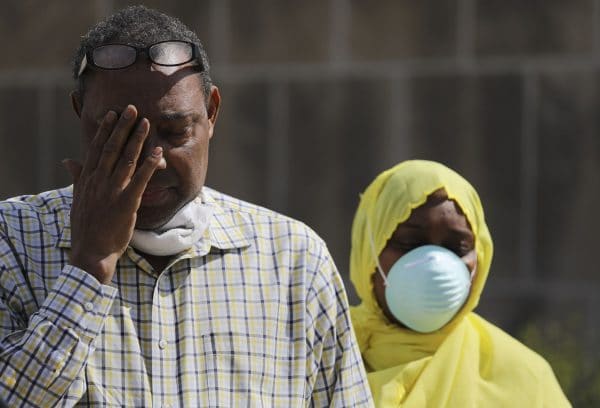 As the attack continued, prosecutors said the attacker’s friend, Ryan Munn, allegedly joined the fray, throwing punches and shoving Balde until he fell between the cars of the slow-moving train.

Balde struggled to free himself from the train as it dragged him along the platform and into a tunnel, where his head and upper body violently struck a metal partition, according to authorities. Balde, a former Marine who did two tours of duty in Afghanistan, was later pronounced dead.

Munn, 18, who fled the station on a train in the opposite direction, faces first-degree murder charges in Balde’s death, though his companion who allegedly threw the first punch remained at large and uncharged, according to prosecutors.

The entire incident was captured on CTA surveillance cameras, and three eyewitnesses identified Munn as one of the alleged attackers, according to Assistant State’s Attorney Christina Dracopoulos. Munn appeared before Judge David Navarro on a video monitor set up to shield judges, attorneys and court staff from infection during the COVID-19 outbreak.

Munn, of the 2100 block of West Bradley Place in the North Center neighborhood, was taken into custody at his home Friday night by officers with the Great Lakes Fugitive Regional Task Force. While in police custody, prosecutors said Munn admitted taking a swing at Balde out of loyalty to his friend but said he was only trying to push the victim to the ground.

Munn’s court-appointed attorney, Courtney Smallwood, pushed back against the prosecutor’s description of Balde joking at the time of the incident and asked the judge to deny the prosecution’s petition to deny bail for Munn, who lacked a serious criminal background.

She also said her client was coming to the aid of his friend and that Balde and the unidentified man were “equal combatants.” “This was absolutely a tragic accident, but that’s exactly what it is, an accident,” Smallwood said.

But the judge rejected the defense claim, saying Balde’s death was “an intentional act” by his attackers and denied bail.

Watching the proceedings from a viewing room, Balde’s father, Al, wiped his eyes as he listened to prosecutors lay out their case. After the hearing, he thanked police and expressed sympathy for Munn. “My heart goes to the family of this young man,” Balde said. “He’s 18. Being the father of four, I can know how they are feeling.”

But Balde expressed shock at the violent way his son died, saying his son’s mother still doesn’t know exactly how he died, believing it to be an accident. “To do this to somebody — to do what this young man did to my son — he must really, really hate the guy.”

He said he hoped for justice for his son, who had some personal struggles since he left the military.

“(My son) went to fight for this country for years of his life. He did everything. He came here. He died homeless and penniless after all he had done for the country. So I hope at least at the end he would receive justice.”